All over the world, teens are constantly refreshing their social media feeds, liking new posts on Instagram and sending Snapchats to their friends. However, social media can also negatively affect one’s social life and well-being, according to Smart Social, a website that helps parents and kids keep a positive attitude on social media.

Cyberbullying is becoming a serious issue on social media, according to the Associated Press news organization. Teens have been harassed, threatened or embarrassed on popular platforms such as Instagram and Snapchat. 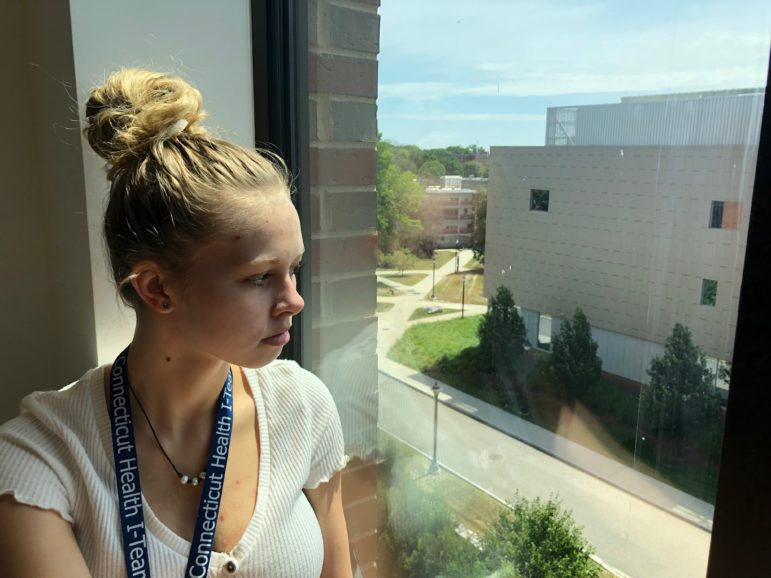 The average age of social media users is 18-24, according to Statista, a statistics website. Some of those users are putting themselves out there in ways they should not. There are dangers on these platforms, but teens are blinded by the fun of it.

In 2014, 17-year-old Michelle Carter was arrested and accused of cyberbullying her 18-year-old boyfriend, Conrad Roy, into committing suicide. She was sentenced to two and a half years in prison, with 15 months to be served at the Bristol (Mass.) County House of Corrections.

Twenty-eight percent “of middle/high school students have been a victim of cyberbullying,” said Act for Youth, a center for research to learn about positive youth development. Amity Regional High School students Emily Paolozzi and Sydney Pitter said they have both witnessed cyberbullying on a social media platform. Both instances were posts making fun of another person.

Statistics say that girls are twice as likely than boys to be both victims and perpetrators of cyberbullying. Body shaming, rumors and comments on posts can lead make teens feel bad about themselves. “I have felt down on myself due to body image and because of the mean things people say. I think that sometimes it [social media] can be great and other times it’s not as great as it seems,” Paolozzi said.

With the increased usage of phones and tablets, face-to-face conversation has drastically declined. Smart Social said that “in-person communication dropped from 49% to 32%” in the last six years. Everyone has become so attached to their phones that they would rather text than have a conversation.

“I think it’s understandable because we live in a digital book. We can talk to anyone [online] and it is a lot easier to talk to someone [that way], as well as meeting new people,” Pitter said.

In addition to increased usage, the average age of social media users is going down. According to Smart Social, “In 2012, 41% of teens had a smartphone, compared to 89% in 2018,” a 48% increase over the last six years. With almost 95% of teens consistently on their smartphones, according to the Pew Research Center, sometimes this leads to trouble.

Social media is a good way of keeping teens connected to their friends and family. However, “15% believe that social media distorts reality and gives teens an unrealistic view of other people’s lives,” the Pew Research Center said. Social media platforms frequently show only the good sides of one’s life, but their followers don’t know what they’re actually going through behind the screen.

Everyone is so consumed by the fact that they get to update their lives wherever and whenever for everyone to see. But teens don’t know the real harm it could do when it comes to cyberbullying. Platforms are there to update your status and have fun, not to bring people down.

Kayla Dixon of Orange graduated from Amity Regional High School and will attend Merrimack College in the fall.