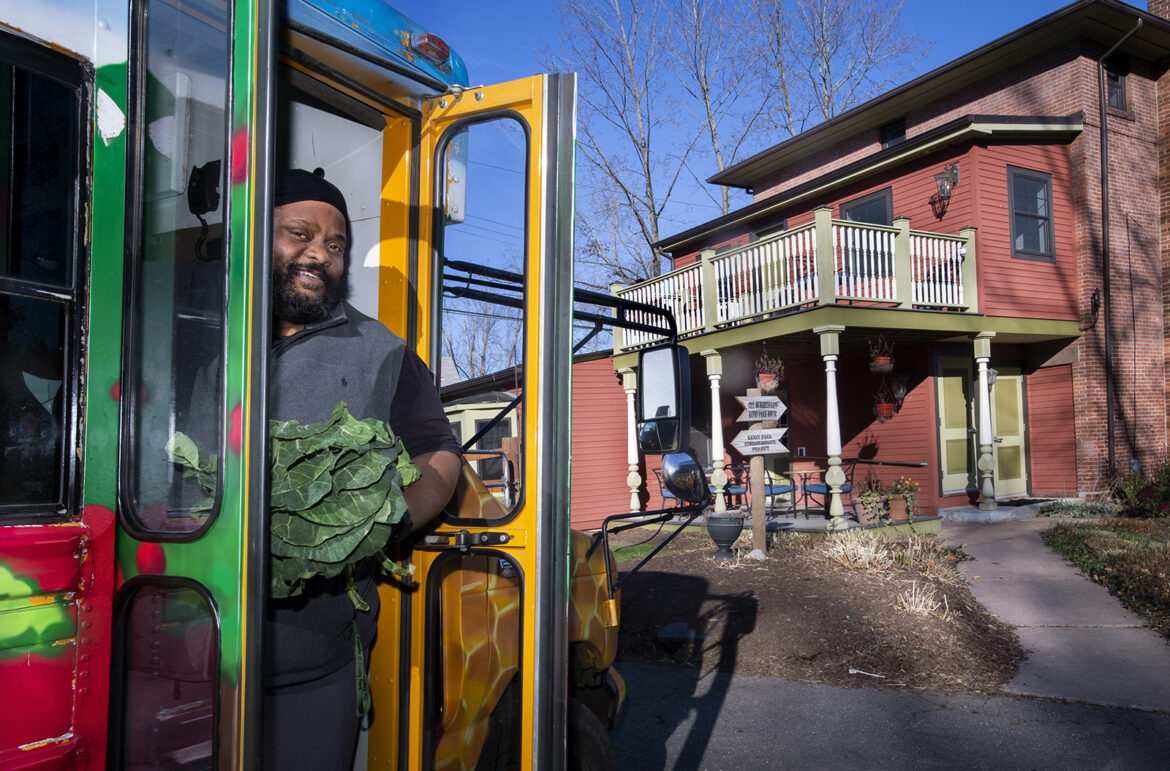 Herb Virgo, founder and director of the Keney Park Sustainability Project, encourages people to experience the healing powers of nature.

When Herb Virgo spends time on the trails in Hartford’s Keney Park, he feels different.

There’s a “heightened sense of wellbeing, a feeling of connectedness,” he said of spending time outside at the nearly 693-acre park in Hartford’s North End. “There are portions of the park that you can visit that completely make you feel like you’re in another place, in another world. Not only in another city, but in a completely different ecosystem.”

Virgo is the founder and executive director of Keney Park Sustainability Project and is dedicated to helping others have similar experiences through the project’s Urban Ecology Wellness Center at Keney Park initiative. The wellness center, housed at the 693-acre park in Hartford’s North End, was formed to connect North End community members to the healing power of nature through a variety of programs, including forest and horticulture therapy, workshops in urban forestry and farming and group hikes. Other programs use the sustainability project’s facilities, which include five greenhouses and are home to a variety of animals, including bees, goats and chickens.

As part of his efforts to connect people with nature, Virgo has begun working closely with Dr. Della Corcoran, a West Hartford pediatrician and founder of OutdoorRX CT. Corcoran has witnessed firsthand in her practice what she already knows from medical literature: when people spend time in nature, good things happen. 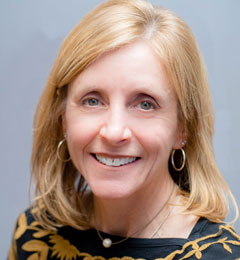 “Depression scores go down. If you have kids that can get outside and run around a little bit before school, their attention levels are higher. They have fewer symptoms of ADHD. Access to meaningful green space, or even sometimes just pictures of nature, lowers heart rate, lowers blood pressure, and improves diabetes. The health benefits are obvious and also evidence-based.”

For instance, a 2019 study found that a $100 increase in parks and recreation spending was associated with a decrease in mortality of 3.9 to 3.4 deaths per 100,000 people. Other research suggests additional benefits for outdoor exercise over indoor exercise.

In theory, access to nature for all would be easy in Connecticut, where public parks and forests are abundant. Still, in reality, historic inequities around this access persist, and city greenspaces could be utilized more.

According to Connecticut’s 2020 Forest Action Plan, more than 60% of the state is forested, and the state’s cities have the most urban tree cover in the nation. In Hartford, 99% of residents live within a 10-minute walk to a quality park, according to the Trust for Public Land. In New Haven, that number is 96% of residents, while in Bridgeport, it drops to just 73% percent, but that’s still well above the national average of 55%. Beyond city parks, there are 110 state parks and 32 state forests in Connecticut.

In recent years, the state has launched various programs and initiatives to promote access to the outdoors. For example, the state’s Passport to the Parks, program provides any vehicle registered in Connecticut free entrance to parks year-round. In addition, ParkConneCT launched last summer, providing free bus fare to select state parks. The Connecticut Department of Energy and Environmental Protection’s No Child Left Inside® initiative promotes these types of programs and other outdoor initiatives.

Programs designed to help people get to parks are important because, research shows, proximity to green spaces alone can’t ensure equitable access to nature for people of color.

“In many areas, people of color are less likely to use greenspace amenities even when they have geographic access,” Don Rakow of Cornell University, and Laura Brown, executive director of New Haven’s City Plan Department, wrote in a report titled Anti-Racism in the Outdoors.

“These inequities are the result of complex social and economic factors that include explicit racism and segregation. As an example, Central Park, the first urban park in America, was envisioned and largely driven by powerful white businessmen for the benefit of white elites, and its construction involved eviction of a community of African American and immigrant residents.”

Pediatric APRN Amanda Elizabeth DeCew still sees the impact of some of these policies in New Haven. She works at the Fair Haven Community Health Care, and the majority of her patients are low-income and uninsured. “Most of the kids that I see spend a lot of their time indoors,” she said. “Most Americans spend a lot of their time indoors, about 90% of it, but I would say the children that I see spend more time indoors than children in the suburbs and the surrounding areas of New Haven.” 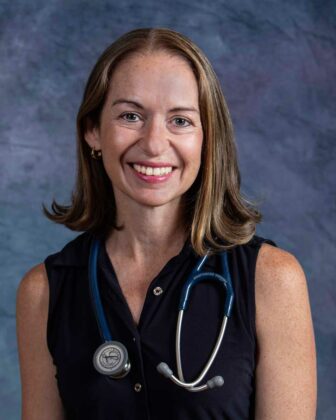 DeCew added, “We haven’t done a study, but from my own experience, and from the experience when talking to other providers about it, what patients report is that safety is a barrier,” DeCew said. “I think that people don’t want to take their children to the park if there are, quote-unquote, questionable people in the park they don’t feel comfortable with.”

Another barrier is time constraints due to work schedules. DeCew is working to understand these barriers and help overcome them for her patients and others by participating in collaborative community efforts. For instance, she is working with Yale Office of Sustainability’s New Haven Nature & Health Initiative, which brings together health care workers and others in the community to share knowledge about engaging New Haven residents in ways they can improve their health through experiences in nature.

A Prescription For Nature And Other Efforts

Corcoran and DeCew offer their respective patients nature prescriptions, which include handwritten prescriptions and follow-up texts to remind people to get outside. “It’s very similar to prescribing any other prescription,” DeCew said of the process.

Corcoran hopes to encourage more health care providers to give patients these types of prescriptions and have conversations with them about spending time outside.

“I do that with every newborn that comes into my office,” Corcoran said. “I look at the parents, and I say, ‘Look, we’re big fans of fresh air. Take this baby outside. Don’t go out in blizzards, don’t go out if there are wind chill advisories, but you know what, dress this baby appropriately for the weather; go outside. Take a walk, be out in nature, be outdoors.'”

If more health care providers started having these conversations, it would be beneficial to their patients and could influence the larger conversation, Corcoran said.

“The more you educate providers and talk about getting people outside, the more likely you are to have people at the state and the insurance payer level pay attention to the importance of that green space and developing that green space,” Corcoran said. “Maybe your doctor’s prescription to go for a hike, you can use to get on the bus and go to Auerfarm, which is in Bloomfield, or to Winding Trails out in Farmington or to the MDC Reservoir in West Hartford.”

Bringing Nature To The City And People To Nature 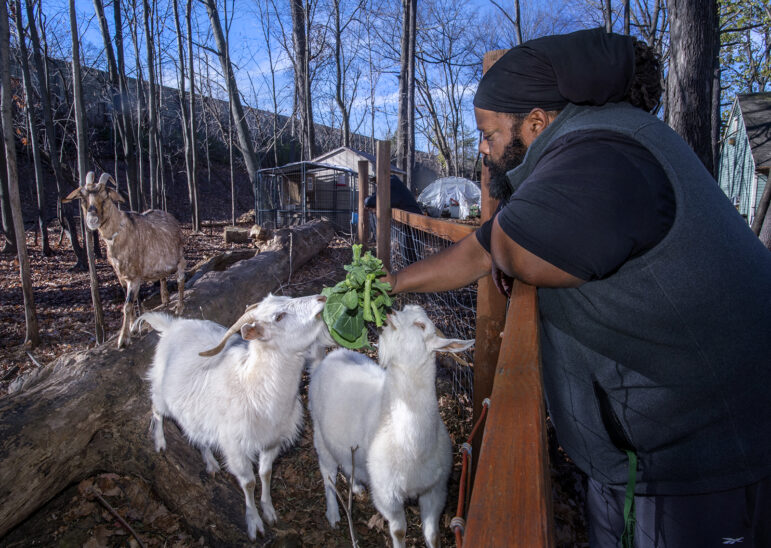 Another way to increase access to nature for those who live in cities is to plant more trees and create more green spaces. New Haven Urban Resources Initiative (URI), a community not-for-profit affiliated with the Yale School of the Environment, has helped plant more than 10,000 trees with community partners since 1995.

“There’s a term called biophilia. It basically said humans have an innate need for nature,” Murphy-Dunning said. “There’s been studies of if you have trees at the hospital, it can reduce people’s hospital stay.”

“I think there’s certainly a lot of brownfields that we could turn into green fields and a lot of neighborhoods in New Haven,” she said. “And we know from studies that just greening a vacant lot can reduce depression for residents who live around that area.”

At Keney Park, Virgo continues looking for new ways to get more community members into the park. He is working with Corcoran to develop a nature passport with different requirements depending on the season and let the younger generation use their phones as they discover and interact with nature.

In the meantime, he wants to make one thing clear. “People like to say that the park is not being utilized, which is incorrect,” he said. “There’s a community of folks that use this park every single day, families, children and adults, all demographics. So, it all depends on your perspective. Do we want to see more people utilizing it? Absolutely.”

As for Virgo’s favorite part of the park, it’s a section called 10 Mile Woods. Some years back, the roads running through it were closed due to the city’s lack of funds to maintain them. “In that kind of sectioning it off and blocking off the roads through it, it has actually been preserved,” he said. “So, it’s very fascinating to watch nature kind of reclaim roads and reclaim signs and kind of just heal itself from human interaction.”

Healing is, after all, what nature does.

Below are some nature resources:

Connecticut’s No Child Left Inside Initiative®