Connecticut’s shift next month from weekly to “real-time” reporting of prescriptions for opioids and other controlled substances is an effective way to help stem opioid-related deaths, a new study suggests.

Researchers from Vanderbilt University who analyzed states’ prescription drug monitoring programs – central databases that log controlled substances dispensed to patients — found that programs that were “updated with greater frequency” and that reported data for a broad range of drugs were associated with greater declines in opioid-related deaths.

The study in the journal Health Affairs comes as Connecticut prepares to put a policy in place requiring that pharmacies report controlled substance (Schedule II to V) prescriptions “immediately,” or at least within 24 hours after they are dispensed, into the central database, known as the Connecticut Prescription Monitoring and Reporting System (CPMRS). 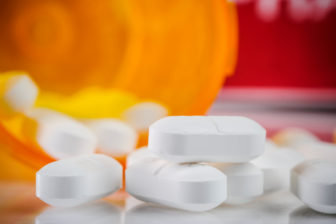 The CPMRS, maintained by the Department of Consumer Protection, can be accessed by doctors and pharmacists to give them a complete picture of a patient’s medication use, including prescriptions by other providers. It also can be used by law enforcement officials to investigate physician prescribing.

Under current law, pharmacies have been required to report to the CPMRS at least weekly, meaning there is often a one-week lag between a prescription being filled and reporting. The change, which takes effect July 1, was among a package of opioid-related reforms proposed by Gov. Dannel P. Malloy and approved by the legislature this year.

Susan Campion, president of the Connecticut Association of Addiction Professionals, called the change “a good step.” But she said she worries that the fiscally strapped state lacks the resources to ensure that irregularities in prescribing will be followed up by enforcement action. She had more praise for other reforms, including one that encourages providers to call in addiction specialists for consultation on opioid prescribing.

The Health Affairs study shows that every state except Missouri now has a monitoring program in place to detect high-risk prescribing. The researchers found that implementation of such programs was associated with a decrease of 1.12 opioid-related overdose deaths per 100,000 population annually, and that states with more “robust” programs had greater reductions in deaths.

The authors estimated that if Missouri implemented a monitoring program, and other states enhanced existing programs with more robust features, there would be at least 600 fewer overdose deaths nationwide in 2016.

A recent report by the National Alliance for Model State Drug Laws shows that Connecticut will become one of 26 states that require daily reporting of prescriptions. Connecticut’s program lacks some of the features of other states’ programs, however, such as provisions that specifically allow the data to be shared with prosecutors and other judicial officials or with Medicaid and Medicare officials, or that require annual reports to the legislature on the program’s effectiveness, according to the report.

Also, Connecticut’s program is one of only two in the country housed in the consumer protection department; most are overseen by state health departments, which license and discipline doctors.

Connecticut, like other states, has seen a spike in drug overdose deaths in recent years – from 357 deaths in 2012, to 729 in 2015, many from heroin, fentanyl and other opioid medications. The Office of the Chief State Medical Examiner projects that accidental overdose deaths could surpass 830 this year.

In addition to the change in the reporting requirement, reforms effective in July include a provision that limits initial prescriptions for opioids to a seven-day supply in most cases.

Campion called the package of reforms a “strong start,” but added that some doctors already were “pushing back” because of the new restrictions and were dropping some patients who genuinely need pain relief.

“There have been too many prescriptions floating around,” she said. “Now, we’re seeing the opposite in some cases– doctors who are saying, ‘I don’t want to take the risk. I don’t want to get caught up in this morass.’”

She said providers “need to set uniform standards of practice for prescribing opioids” that are cautious, reasonable and compassionate. Unlike many other states, Connecticut has not adopted opioid prescribing guidelines and does not have specific laws regulating pain clinics or pain management.

Last year, the state enacted requirements that health care providers check a patient’s history in the database before prescribing more than a 72-hour supply of any controlled substance, and that a prescriber who dispenses the drugs for “continuous or prolonged treatment” review the patient’s records at least every 90 days.

This week, the National Institutes of Health released a study showing that rates of nonmedical prescription opioid use and opioid use disorder more than doubled in the decade from 2002 to 2013.

Nearly 10 million U.S. adults, or 4.1 percent of the population, used opioid medications in 2012-13 without a prescription or in excess of the prescribed amount or length of time — up from 1.8 percent of the adult population in 2001-02.

One thought on “State Prepares To Tighten Prescription Monitoring”