Emerson Cheney has survived drug addiction, an abusive relationship, years of cutting and burning himself, and multiple suicide attempts.

Now a student at Tunxis Community College, Cheney, 22, recalls how he struggled as a teenager with rejection by friends, school administrators and even doctors, after he came out as transgender.

Advocates for LGBT youth say that Cheney’s story is all too common—rejection often pushes young people to risky behaviors that result in health challenges. 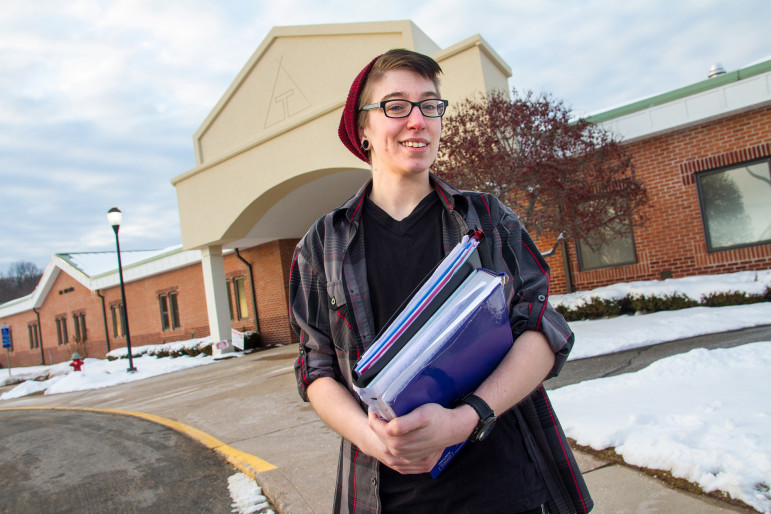 For LGBT youth, finding health care professionals who can fully address their medical and psychological needs at a critical time in their psychosocial development can be difficult. Several recent studies have highlighted discrimination and mistreatment of sexual and gender minority individuals seeking health care.

In Connecticut, a 2008 study that surveyed pediatricians to examine health barriers among LGBT adolescents found that 31 percent of doctors expressed reservations about discussing sexual orientation or gender with patients. A decade earlier, a Washington, D.C., study found that 90 percent of pediatricians reported such reservations.

Despite progress, the 2008 Connecticut study identified several areas of concern, including a lack of visual cues—posters, stickers, etc.—in most pediatric offices that would identify them as “safe zones” for patients to discuss sexual orientation or gender.

A national Lambda Legal Defense and Education Fund survey found that almost 8 percent of lesbian, gay and bisexual respondents, and 27 percent of transgender and gender-nonconforming respondents, reported being denied health care because of their identity or orientation. Eleven percent reported that providers refused to touch them or used excessive precautions.

For more on Emerson’s story listen to our podcast, the Workup with Colleen Shaddox.

“I’ve had a couple of endocrinologists and specialists who weren’t really accepting, even though they deal with this type of thing more often,” Cheney said. One doctor refused to recognize him as transgender and said that he shouldn’t waste his money on transitioning, he recalled.

Dr. Lawrence D’Angelo of the Children’s National Center Pride Clinic in Washington, D.C., said that LGBT youth often do not receive the full complement of health services they need. 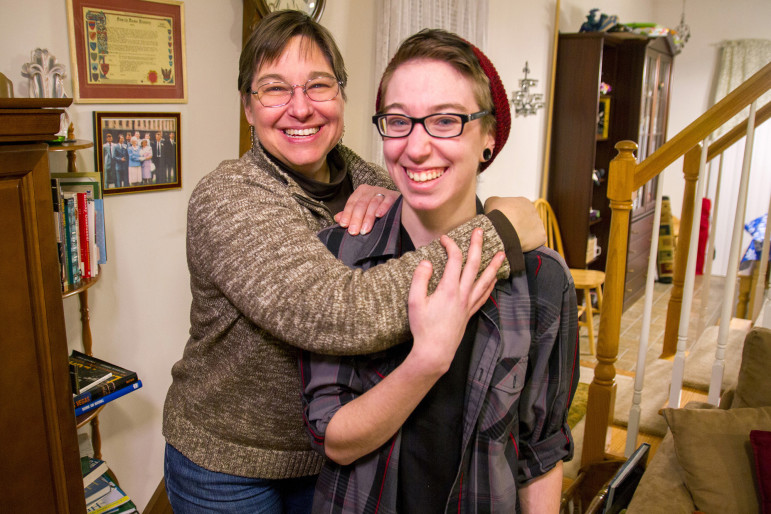 Emerson at home with his mom, Judy Conrad.

A 2015 report by the Kaiser Family Foundation found that, like their adult counterparts, youth who identify as sexual and/or gender minorities experience higher rates of mental illness, substance abuse and violence as compared to the general population. LGBT youth are four times more likely to attempt suicide than heterosexual youth, and three times more likely to report ever being raped.

Health risks for LGBT youth are heightened because they are more likely than their peers to become homeless. A 2012 national survey found that 40 percent of the youth homeless population is LGBT, with the majority reporting that they are on the streets because of family rejection.

“If you get into the whole homeless piece of this … their priority is to find a place to sleep at night,” said Linda Estabrook, executive director of the Hartford Gay & Lesbian Health Collective. “There are people that trade their bodies for a place to stay, and that brings with it all kinds of unsafe health situations, whether it’s STDs or HIV.”

Wolfson-Lisack recalled a 16-year-old who came to the shelter after she’d told her parents that she was in love with a girl. Her family disapproved of the relationship on religious grounds and didn’t want their daughter moving in with a relative who was more accepting.

“You’re going to lose your kid,” Wolfson-Lisack told the girl’s parents, saying she believed the girl would commit suicide unless she had a safe, accepting environment.

Ultimately, the parents allowed their daughter to move in with the relative. “I was moved to tears,” Wolfson-Lisack recalled. “They did the best that they could.”

Parental support is critical in helping a child get good medical care, experts say. After Cheney came out, his mom, Judy Conrad, attended support group meetings to try to learn which doctors and insurance plans would support her son.

“Emerson had an experience with an endocrinologist who misgendered him. We thought he was in-the-know and would be respectful,” said Conrad, who signs her emails “Proud Mom Of Emerson.”

Tony Ferraiolo, who runs groups for transgender youth in the New Haven area, agrees. “The kids walk with their heads up a little higher. You’re setting the tone for your child to only be around people who accept and honor them.” 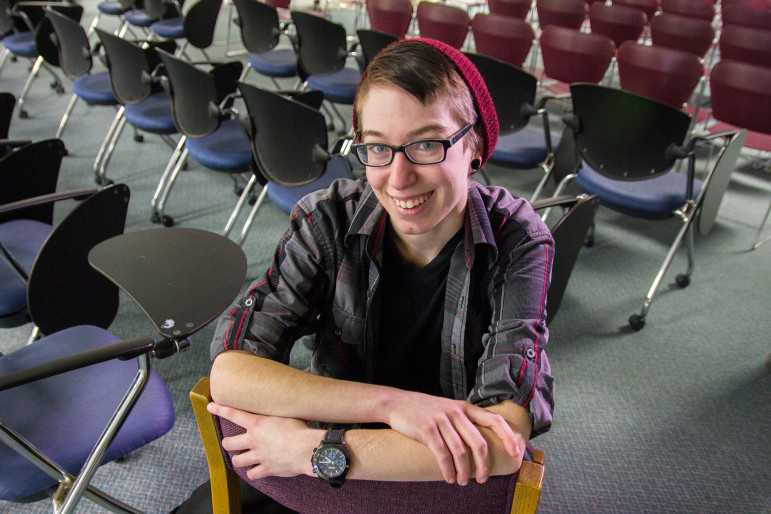 Emerson hopes to work with youth when he graduates college.

Ferraiolo trains clinicians on ways to care for transgender youth, saying providers must acknowledge the “harsh reality of a transgender person going into a health center.”

“They may be trans-friendly, but they’re not trans-educated,” said Ferraiolo, who is a transgender man.

He said that providers sometimes ask inappropriate “curiosity questions.” One doctor asked him how he had sex, he recalled, at a visit in which Ferraiolo was seeking care for an ailment that had nothing to do with sexual function.

Ferraiolo consults with the newly opened Yale Gender Clinic, the second clinic in the state to help young people transitioning. The first clinic is located at Connecticut Children’s Medical Center.

Dr. Susan Boulware, a pediatric endocrinologist, affiliated with the Yale clinic, said that the facility opened in response to a need for more transition care. “The medical part is not difficult,” she said, but meeting the social and emotional needs of transgender youth is complicated. Many teens are uncomfortable having physical exams, for example, and that discomfort can be heightened for trans youth, Boulware said.

Names and pronouns are also important. At the Yale clinic, staff members have been trained to use a patient’s preferred name and pronoun. Boulware is working to ensure that electronic health records note a patient’s name and gender even before a legal name change.

Advocates acknowledge that it can be challenging for health care clinicians to respond to the range of sexual and gender identities. In Connecticut, 8 percent of high school students identify as gay, lesbian or bisexual, according to health data. There are no reliable statistics, state or national, on the size of the transgender or gender-nonconforming populations.

More teens are identifying as “mostly straight and bicurious” or placing themselves somewhere on a gender spectrum that isn’t rigidly male or female, according to Lori Davidson of PFLAG’s Hartford branch. PFLAG, which stands for Parents, Families and Friends of Lesbian and Gays, is a national organization for the LGBTQ community.

Ferraiolo emphasizes that most transgender youth do not want to be defined as being “just trans,” but instead want to be seen as scholars, athletes and multi-dimensional individuals.

In college, Cheney volunteers with True Colors. He has switched his major to human services because he wants to build a career helping youth.

“A lot of times, kids just need someone to talk to, someone to direct them,” Cheney said.