Women trying to combat high blood pressure may have a new weapon in their arsenal: blueberries.

Daily consumption of blueberries has been shown to lower blood pressure and lessen arterial stiffness in post-menopausal women, according to a new clinical trial.

The trial, which took place in Florida and recently was published in The Journal of the Academy of Nutrition and Dietetics, examined the effects the fruit had on 48 women.

Post-menopausal women provided a meaningful test group, according to study authors, because they typically are more likely than others to have hypertension, or high blood pressure, and to develop arterial stiffness, which increases their risk for cardiovascular disease. 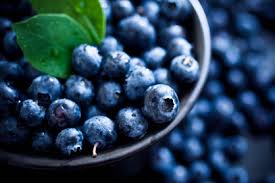 Over the course of eight weeks, the women were randomly assigned to take either 22 grams of freeze-dried blueberry powder, which equals about a cup of fresh blueberries, or 22 grams of a placebo powder.

At the end of the study, those who consumed the blueberry powder had “significantly lower” systolic and diastolic blood pressure – the top and bottom numbers of a blood pressure reading – than when they began. The control group that consumed the placebo saw no change, according to the study.

Those who consumed the powdered blueberries also had lower brachial-ankle pulse wave velocity, a measure of arterial stiffness, at the end of the eight weeks.

Researchers believe the improvements may have been due in part to increased nitric oxide production among those who ate the berry powder, according to the study, which was led by Sarah Johnson, postdoctoral researcher at Florida State University.

Nitric oxide is a molecule that helps cells communicate with each other and has cardiovascular benefits.

“Nitric oxide is incredibly important,” said Dr. Joseph Feuerstein, director of integrative medicine at Stamford Hospital and assistant clinical professor at Columbia University in New York. It is produced by the body and dilates and widens blood vessels, making it an important component of cardiovascular health, he said.

The increase in nitric oxide found in the study reduces participants’ risk for ailments like stroke and heart attack, he said.

There are multiple drug therapies available to consumers that lower blood pressure, but the study authors said they examined the effect of blueberries since “increasing numbers of people prefer natural therapies,” according to the study.

Consuming blueberry powder is convenient for those who don’t want, or are unable, to consume the whole fruit, Feuerstein said. The powder, for instance, can be mixed into a smoothie, which may make people more likely to eat it.

As promising as the findings about blueberry powder are, Feuerstein said consuming whole blueberries could have even more positive effects. Fruits lose some of their essence when they are dehydrated and powdered, he said.

“There are definitely health benefits beyond (powder) in the actual fruit,” he said.

Freeze-drying the berries depletes them of fiber and water, both of which are beneficial, agreed Bradley Biskup, physician assistant and coordinator of the lifestyle modification program at Pat and Jim Calhoun Cardiology Center at UConn Health.

“The more you can keep things in their natural form, the better,” he said.

Individuals can impact their heart health by improving their lifestyles, he said. Between 70 and 90 percent of all cardiovascular disease is preventable through diet modifications and exercise, he added.

As part of the natural aging process, women and men’s blood vessels stiffen, causing blood pressure to rise, he said.

Biskup, whose work focuses on how lifestyle choices impact cardiovascular health, said typically “women are better about making lifestyle changes” – such as being more active or eating more healthfully – than men.

But if men make lifestyle changes, such as eating more blueberries, they can reap the same benefits that were noted in the clinical trial.

“It should have a very similar effect,” he said.

One thought on “Can Blueberries Help Control Blood Pressure In Women?”