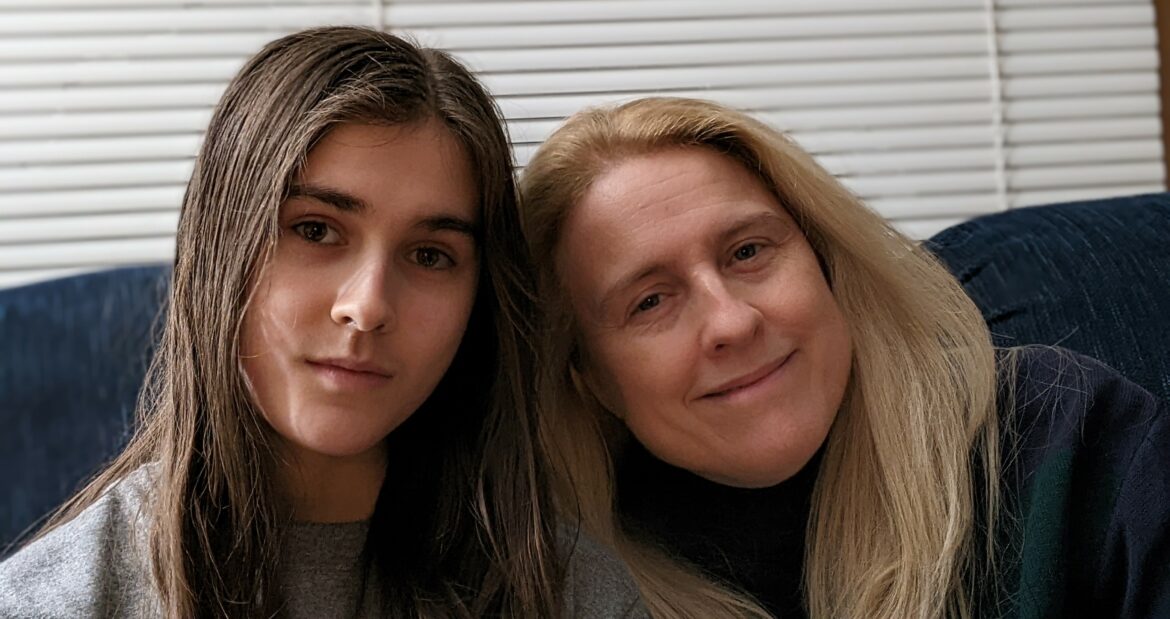 Claire Wirt, now 16, participated in a clinical trial at age 9. She is pictured with her mother, Dr. Cory Wirt.

The Food and Drug Administration’s recent approval of the first treatment that would delay the onset of type 1 diabetes ignited joy and hope among families impacted by the chronic, incurable disease.

A clinical study found immunotherapy treatment with the drug teplizumab postponed the onset of type 1 diabetes (T1D) among at-risk children and adults for an average of two years, and for one patient, 11 years and counting.

“Half the people in the study are way beyond two years,” says Yale University’s Dr. Kevan Herold, who has been working on a cure for T1D for 30 years. People with T1D have to manage the disease 24/7 or risk dangerously low or high blood sugar levels and long-term complications, said Herold, the clinical trial’s principal investigator.

Before participating in a clinical trial at age 9, Claire Wirt, now 16, had antibodies that put her at risk of developing T1D within two years. The Rochester, N.Y., girl has been free of T1D for seven years. While the two-week outpatient infusion treatment is not a cure or preventative, she said, “having seven years of my childhood without having to think about this is invaluable.”

Her mom, Dr. Cory Wirt, a pediatrician, has seen family members live with T1D. They have to check their blood sugar levels throughout the day and give themselves insulin, the hormone their body needs to turn food into energy.

“Every day without insulin is a gift,” said Wirt, who closed her private practice temporarily to spend two weeks in New Haven while her daughter received infusions via a needle each day at Yale. “I appreciate 84 months of not checking blood sugars multiple times per day, worrying about life-threatening lows. So far, I’ve been able to avoid all those mom things my relative had to suffer through as the mom of a type 1 diabetic. And we don’t have the expense of all these appointments, labs, insulin and supplies.” For the past 20 years, TrialNet, an international network of scientists and physicians involved in T1D research, has collected data from more than 200,000 relatives of people with T1D. This led to identifying stages of T1D and who is likely to develop the autoimmune disease.

In the U.S., 64,000 new cases of type 1 diabetes are diagnosed annually, and non-Hispanic white people are more likely to develop T1D than Black and Hispanic people, according to JDRF, a nonprofit that funds TID research.

“It’s a historic milestone in the course of type 1 diabetes. For 100 years, we’ve put Band-Aids over type 1,” said Aaron Kowalski, CEO of JDRF. “It’s the first drug ever to treat the disease itself rather than the symptoms of the disease.” JDRF has funded Herold’s research since the 1990s, he said. Along the way, this treatment has gone through four pharmaceutical companies.

The antibodies for diabetes can be present for years, but clinical T1D isn’t detected until people develop symptoms, such as feeling tired and thirsty, urinating frequently and losing weight. Since 85% of type 1 diabetics have no family history of the disease, many people misread the signs and about half end up in diabetic ketoacidosis (DKA) a high blood sugar complication that can lead to hospitalization, coma and even death.

The approval of the new drug, teplizumab, follows a study published in 2019 in the New England Journal of Medicine. All 76 participants, relatives of a type 1 diabetic, had two or more antibodies for T1D, putting them at nearly 100% risk. The immunotherapy treatment, sold under the name Tzield, prevents the body’s immune system from attacking its insulin-producing beta cells. Tzield, made by Provention Bio in partnership with Sanofi to market the drug, will treat patients found in screening tests to have precursory signs of T1D.

Since the TrialNet clinical trial was a quadruple-blind, placebo-controlled study, the patients, doctors, researchers and outcomes assessors didn’t know which patients received the treatment drug and which got a placebo. When Herold heard the study results, “I was thrilled. I can’t tell you the terror when you have the Zoom call,” he said. “In this one Zoom call, my whole career could be trashed.” One patient told him this may influence her decision to have children, he said.

Herold had led an earlier study giving teplizumab to those newly diagnosed with T1D, and, in 45% of cases, it preserved patients’ ability to make more of their own insulin for at least two years after treatment than those in the control group who didn’t receive treatment. 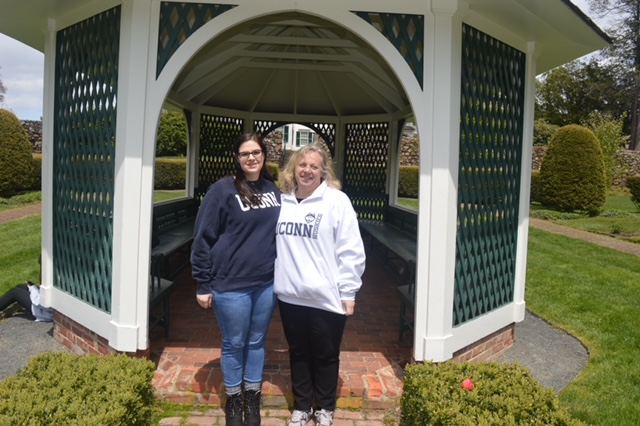 Hanna Rosenfield and her mother, Amy.

Hanna Rosenfield, who participated in that clinical trial within six weeks of her diagnosis in 2008, kept producing insulin for eight years after being diagnosed at age 10, said her mother, Amy Rosenfield, of Farmington.  The T1D study participants still had to monitor their blood sugar levels and give themselves insulin, but less than those not receiving the treatment; eventually, their bodies stopped making insulin.

Despite the past decade’s treatment advances, nothing had worked to prevent diabetes. “This is the first approval of a drug to prevent autoimmune disease,” said Herold, who has T1D. Researchers are already building on this discovery, he said, and expect advances like those seen in immunotherapy for cancer patients.

The treatment, approved for those ages 8 and up, would cost $193,900, according to Provention Bio, and it’s expected to be available by year’s end, according to a company spokesperson. JDRF is committed to working with the drug company, health plans and others to ensure treatment is affordable, a JDRF statement said. With insurance coverage and its patient support program, Provention Bio has said people with commercial or private insurance may pay as little as $0 for Tzield, the JDRF statement said. JDRF offers information about patient assistance programs through its website’s Health Insurance Guide.  Those with HUSKY health insurance will be eligible to receive coverage if the manufacturer enters into a federal rebate agreement with the Centers for Medicare and Medicaid Services, according to a state Department of Social Services spokesperson.

Meanwhile, Herold, JDRF and other advocates hope the availability of treatment will propel screening for T1D markers in children between 3 and 5 years, since that’s when most antibodies appear. While T1D is a genetic disease, 85% of newly diagnosed patients have no family history. As a result, increased thirst and fatigue are attributed to flu, food poisoning or other illness, delaying diagnosis.