A coalition of mental health providers who treat transgender people in Connecticut has complained for months that the state Department of Social Services (DSS) has imposed what they call unnecessary and overly restrictive requirements on patients seeking gender-affirming surgery.

The changes affect low-income patients on the state’s Husky health insurance. Before covering genital surgery to treat gender dysphoria – the psychological distress that can result from an incongruence between one’s sex assigned at birth and their gender identity – DSS now requires proof that the person has lived for at least a year in the new gender and has come out to family and friends. DSS accepts a legal name change as proof.

In March, DSS imposed a blanket denial of gender-affirming surgery for anyone under 18 and began requiring two letters from mental health professionals assessing transgender patients before some surgeries would be covered, Alexandra Solomon, a clinical social worker with a therapy practice in Glastonbury and one of the leaders of the coalition, said. DSS previously required one letter.

DSS also stipulated that one of the providers must have a doctorate. Due to a shortage of such providers, Solomon said it was nearly impossible for Husky patients to comply with that. DSS has since dropped that requirement but began requiring a prescriber letter saying that any mental health or substance use conditions a patient has must be stable before surgery will be covered.

The new requirements outraged about 60 providers who wrote to DSS in June saying the changes violated state law. 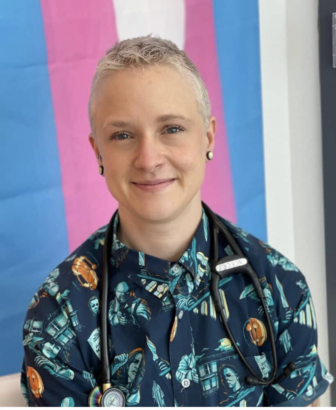 “It’s so difficult for our patients to access gender-affirming surgeries to begin with, but the way DSS has changed the policies has made it even more difficult,’’ Dr. AJ Eckert, a coalition member and medical director of Anchor Health’s Gender & Life-Affirming Medicine Program in Hamden, said. “It’s like they’re trying to gatekeep these surgeries even more.”

In August, DSS dropped the doctorate requirement and now requires only one letter from providers for chest surgeries and facial feminization procedures. It also removed the word “irreversible” in describing the surgeries.

Solomon said that DSS’ use of “irreversible” and terms such as “transexual” or “opposite gender” is much like the political “dog whistle language” used by anti-trans hate groups.

Dr. Brad Richards, DSS’ chief medical officer, wrote to Solomon in July that the changes were made because many mental health assessment letters were templates with just the names changed. He added that DSS had encountered many requests for gender-affirming surgery from patients with “significant, unaddressed or undertreated mental health concerns.”

DSS released a statement this week from Richards that said, “DSS and its Administrative Service Organizations have procedures for updating coverage policies which we use to keep our policies evidenced-based and up-to-date.”

“We recognize the unique needs of the LGBTQ+ community and aim to provide coverage that safely and effectively allows individuals to work with their health care providers in determining when and if gender-affirming surgery is right for them,” Richards said.

The coalition is asking DSS to form a policy advisory group that includes transgender providers. About half of the 15 providers who have been most active in the coalition are transgender, non-binary or other than cisgender, Solomon, who identifies as genderqueer and non-binary, said.

Coalition members say DSS has declined to meet with the mental health providers and will only  meet with Eckert, who identifies as a non-binary and transgender, because he is a medical doctor. Eckert, who has another meeting with DSS on Tuesday, described it as “tokenism.”

“They put me in a position where I’ve had to play the role of the angry trans person,” Eckert said.

Eckert said that would be good news since WPATH now recommends that transgender people live for six months in a new gender, instead of a year, before surgery is covered. 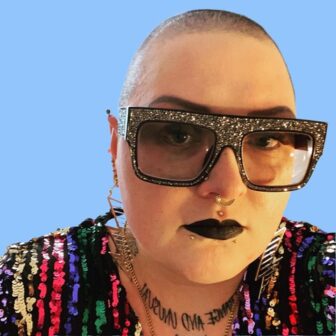 Coalition member M Reim Ifrach, a non-binary transgender art therapist who counsels transgender clients and those with eating disorders at Rainbow Recovery in Hamden, said gender-affirming surgery can be life-saving because transgender people are more likely to attempt suicide than other groups in the U.S.

Unlike many Husky patients, Ifrach said they were fortunate to have a supportive partner, a steady income and private health insurance to pay for gender-affirming surgery in 2021. They said the breast surgery and hysterectomy were life-changing.

“It was such a breath of fresh air,’’ Ifrach said. “I felt like I owned my body.”