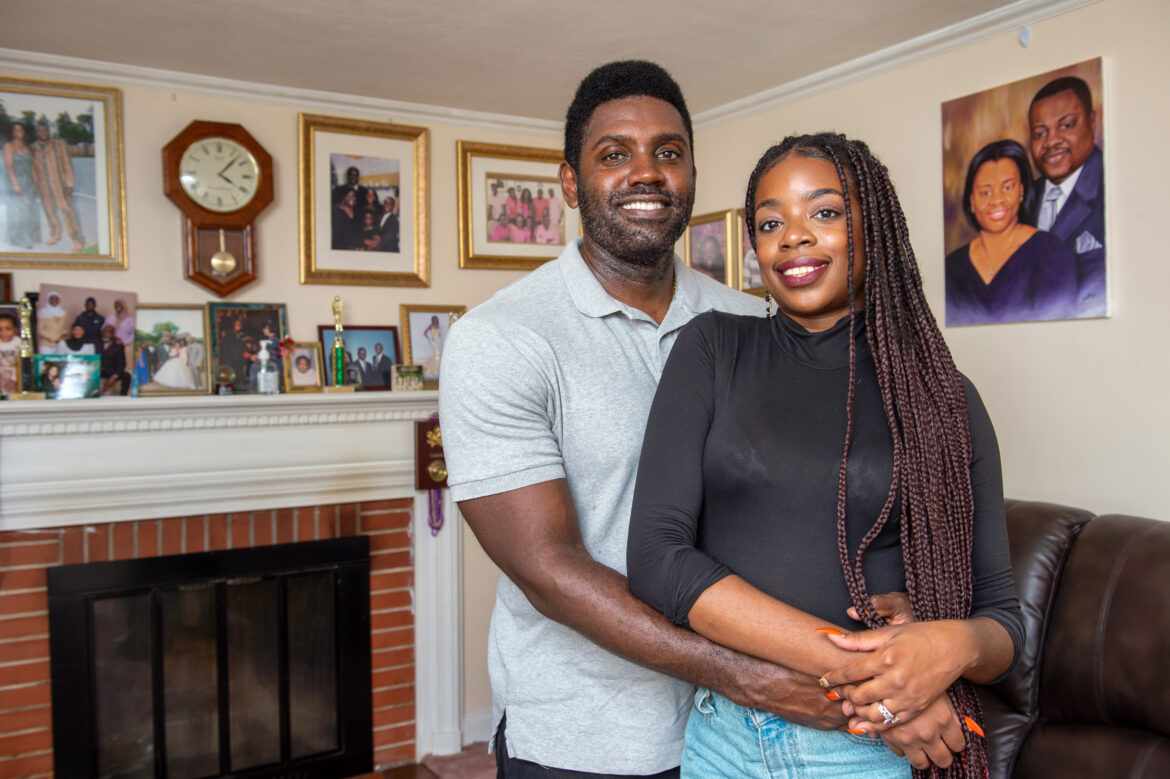 Luzibu Chevannes and her husband, Boris, are pictured in the living room of their West Hartford home surrounded by family photos. They have been married for eight years and want to have a child but Luzibu has sickle cell disease and her husband carries the trait. They don't want to risk passing the disease on to their child so they are exploring their options.

The reasons for this vary: there’s a lack of knowledge about results of newborn testing for the trait, parents don’t always convey test results to their children, gaps in state record keeping, and state records that identify people with the disease or trait only go back to 2012. Also, doctors typically only test for the trait when a patient requests it. And people often don’t know they can have the trait even when sickle cell disease isn’t in their family.

Dr. Biree Andemariam, director of the New England Sickle Cell Institute at UConn Health, said physicians should include trait testing in routine exams. “It should be standard care,” she said.

“It’s like knowing their blood pressure. At the end of the day, if I am a doctor treating a patient, it should be my responsibility,” Andemariam said.

Sickle cell disease is a genetic blood disorder marked by episodes of excruciating pain and can cause organ and joint damage, strokes, anemia and infections. According to the Sickle Cell Disease Association of America, the average life span of someone with the disease is in the mid-40s.

The disease primarily affects Black people and also occurs in Latinos and people whose heritage is from India, the Middle East, and Caribbean and Mediterranean countries.

Nationally, more than 2.5 million people, mostly Black, have the trait, the association reports.

Connecticut started testing all newborns for sickle cell disease and the sickle cell trait in 1990. According to state Department of Public Health (DPH) statistics, there were 17,952 babies born with the trait from 1991 through 2021. There’s no data to reflect babies born with it before testing began or the number of Connecticut residents with it who were born in other states or countries.

Contributing to the information gap is the fact that there is no record that the state reported positive trait results for babies born before 1995, five years after testing began, according to DPH spokesman Christopher Boyle. The earliest known DPH protocol for trait reporting was established in 1995 when letters were sent to primary care doctors and parents whose babies tested positive for the trait, Boyle said in an email. Department statistics show that 2,175 babies with positive test results were born from 1991 through 1994, before the notification protocol was enacted. 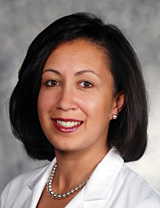 Andemariam said that when babies are born with the trait, parents are told it is not an immediate health concern. “That information doesn’t get retained very well if a mother or father hears their baby has this thing, and it’s not going to cause them any problems,” she said.

Because the state doesn’t keep identifying data for earlier than 2012, if an adult from Connecticut wants to learn the results of their newborn trait testing, “that information is not retrievable,” she said.

Andemariam said that when she does community education, she encourages mothers to keep newborn screening results just as they would keep birth certificates “to have with your child for life, so they know their status.”

In 2017, the state stopped sending positive trait results to parents, said Boyle, the DPH spokesman. Instead, he said, they are sent to babies’ physicians, who are expected to communicate them to parents.

Tests for the sickle cell trait can be done in doctors’ offices, labs or at the Connecticut chapter of the Sickle Cell Disease Association of America in New Haven.

One out of 13 African American babies is born with the trait, according to the Centers for Disease Control and Prevention (CDC). A DPH chart of newborn screening programs shows it occurred in one out of 62 of all births in Connecticut from 1990 to 2003. There is no racial breakdown.

Trait testing is key to preventing the disease, said James Rawlings, Connecticut chapter president of the Sickle Cell Disease Association. “We hear too often ‘if I had only known,’” he said.

Luzibu Chevannes of West Hartford was diagnosed with sickle cell disease when she was 9 months old. Her pediatrician tested her because her parents are from the Democratic Republic of Congo, which has the second-highest incidence of sickle cell disease in the world after Nigeria.

Now 33 and married, Chevannes wants to have a baby. Her husband, Boris, of Jamaican descent, tested positive for the trait.

The couple has decided to use preimplantation genetic diagnosis in combination with in vitro fertilization (IVF) to have a baby. That means her embryos will be screened for sickle cell disease and only an embryo without it will be implanted. In addition, because she is prone to life-threatening blood clots, they will ask a relative to be a surrogate mother.

“I just don’t want to take the chance of having a child with sickle cell disease and have them be miserable their entire life,” said Chevannes, whose symptoms include unpredictable, throbbing pain episodes and chronic hip pain. In 2020, she had a stroke that diminished her eyesight. She has also suffered from blood clots in her lungs, seizures, respiratory failure and pneumonia. 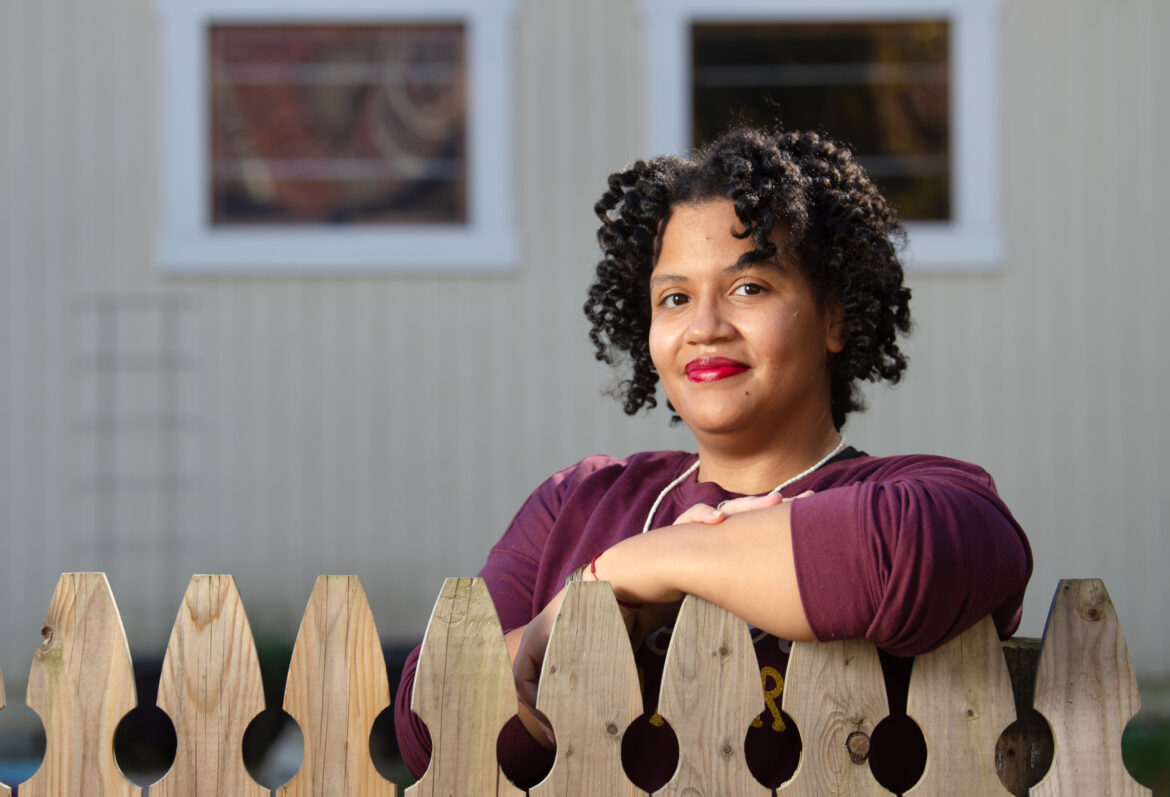 Ashanti Rivera is pictured in the yard of her Waterbury home. Rivera has the sickle cell trait and her six children also carry it.

Andemariam said she has “seen decisions in every possible direction you can think of” after patients with the disease have learned that their romantic partner has the trait. “It’s devastating,” she said.

Some couples break up before becoming pregnant. Others use IVF, continue with a pregnancy, terminate a pregnancy, adopt a child, or, if a child is born with the disease, opt not to have another.

Boruchov of Connecticut Children’s said couples should be tested even if they say the results won’t deter them from proceeding with a pregnancy. She said it’s important for those who test positive to learn what to expect if their child is born with the disease.

Ashanti Rivera, 32, from Waterbury, who is Black, has the trait. She was tested at birth in New York. Relatives, including her 24-year-old half-brother, have the disease. He is doing poorly with kidney failure and heart problems. Two cousins endure severe pain crises that require hospital visits.

During Rivera’s first pregnancy, her husband, Xavier, of Puerto Rican heritage, tested negative for the trait. They now have six children, ranging from 9 months to 13, and all have the trait.

Rivera said she plans to tell them when they are in their mid-teens “when talking about relationships, babies and knowing your trait.”

In Connecticut, professionals who work with adolescents with the disease inform them about making sure their sexual partners get tested for the trait. “I want them to be prepared as they explore,” said Dr. Cecelia Calhoun, director of the adolescent-young adult sickle cell program at Smilow Cancer Hospital. “I definitely talk to them about how sickle cell is inherited when they’re ready to be sexually active or be with a partner,” she said.

Nationally, it is estimated that about 100,000 people have sickle cell disease, although there isn’t a national registry to track it accurately. Teresa Works, a UConn Health social worker for sickle cell disease patients, said “the numbers are elusive” because people move in and out of the country and the state and people with mild forms of the disease may see private physicians and may not be reflected in statistics.

As of 2006, all 50 states, the District of Columbia, Puerto Rico and the U.S. Virgin Islands test newborns for the disease and trait. New York was the first, starting in 1975.