When three 13-year-old boys were sickened by the powerful synthetic opioid fentanyl at a Hartford middle school on Jan. 13, it was a shocking reminder of the human toll of the opioid crisis. One of the boys later died and a sweep of the school surfaced 40 small plastic bags of the drug.

Later that same day, dozens of people spoke out against a proposal to locate a methadone clinic on a commercial street on the New Haven-Hamden border.

During the ongoing battle with COVID-19, there seems to be less attention being paid to opioid addiction, advocates say. But now these two events put opioids and opioid use disorder back in the spotlight. Deaths from opioid overdose in Connecticut have increased nearly 40% over the past three years, hitting 1,356 through the first 11 months of in 2021 and, police say, the state is flooded with ever-more-powerful synthetic opioids.

The incidents on Jan. 13 illustrate two stubborn facts of the war on opioids: 1) The increase in overdoses indicates that the state isn’t winning, and 2) It’s difficult to get the most effective treatments for opioid use disorder to the people who need them. 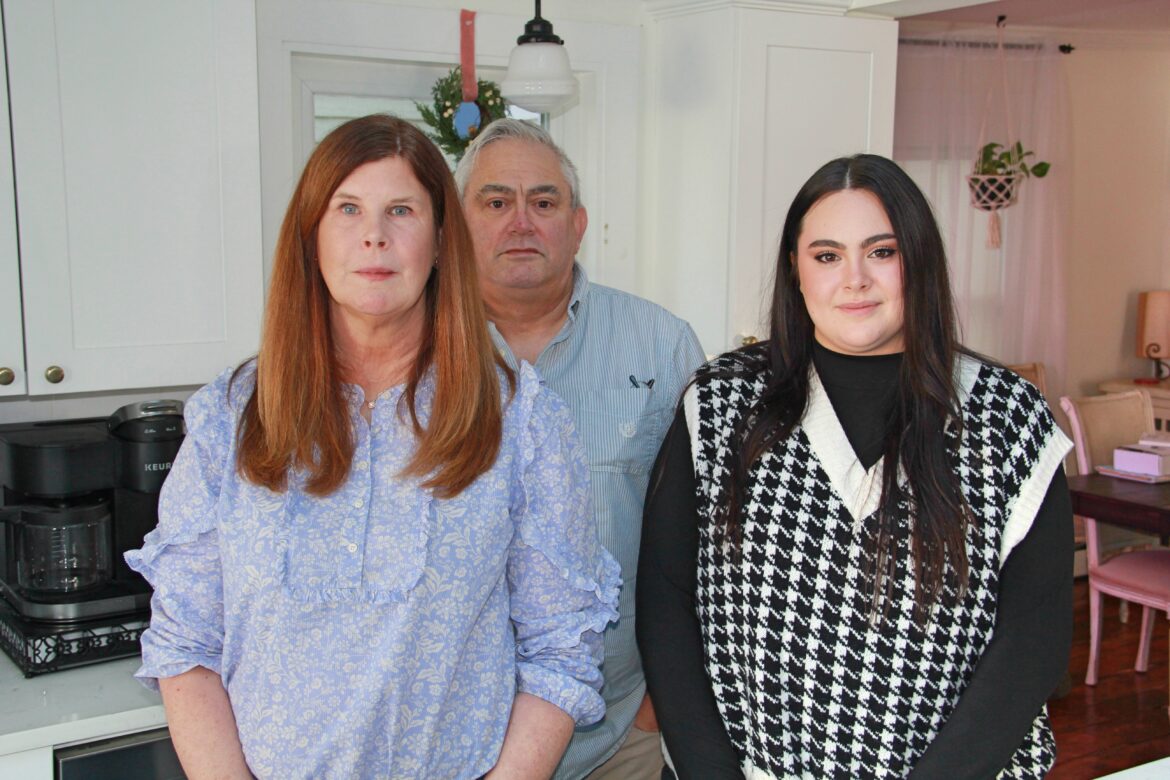 Fiona Firine, left, her husband, Joe, and their daughter, Isabelle, have become advocates for opioid response reform with their organization, For Cameron.

Programs including methadone and buprenorphine are most effective for people who are diagnosed with having moderate to severe opioid use disorder (OUD), according to numerous academic studies, including one published in February 2020 by the Journal of the American Medical Association. Yet people overwhelmingly end up enrolled in abstinence and detoxification programs, even though they’re effective in only 10 to 15% of the cases. Addiction experts believe stigma and barriers to access deter many from receiving life-saving medications.

While Connecticut has implemented a wide range of responses to opioids, an array of people and groups are now calling for a fundamental rethinking of how to address the condition. They include parents of people who died from overdoses, addiction medicine experts, and leaders of treatment programs.

“We need big changes. Incremental changes haven’t been enough,” said Fiona Firine, a spokesperson for For Cameron, an advocacy organization her family set up in the wake of the death of a loved one. “We should approach opioids with the same intensity that we do COVID. This is an epidemic. It’s a crisis.”

Firine organized an informal Zoom call on Jan. 10 where advocacy groups took turns presenting jointly-agreed-on proposals to state senators and assembly members. They called for the creation of a state “Chief Drug Officer” to coordinate the multi-agency response to the crisis and to educate the public about its severity and urgency. They also asked for spending on additional capacity for in-patient treatment and for additional support for people after they complete such programs. Another proposal seems destined to be controversial at a time when Connecticut has been reducing its prison population: 5-year minimum sentences for people who are convicted of selling drugs containing fentanyl.

Contacted later, two members of the legislature’s Public Health Committee who participated in the call said they’re gathering in formation and have not begun drafting legislation. State Rep. John-Michael Parker of the 101st District, wrote in an email: “I am still very new to this issue and have a lot to learn.” 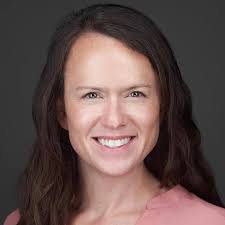 State Rep. Jillian Gilchrest of the 18th District and vice chair of the committee, agreed that it’s time for a reassessment. She said she likes the chief drug officer idea and called for a fundamental shift in the way the state deals with opioids. “We need major changes,” she said. “We need to shift to seeing this as a chronic disease rather than a problem that can be solved with quick fixes.”

Resources should be available to fund new approaches or expansions of existing programs. Connecticut and its cities are flush with cash from federal stimulus programs and, starting this summer, they will begin receiving funds from the national opioid settlement with the pharmaceutical companies that profited from over-prescription of legal opioid medications for pain. According to the state attorney general’s office, Connecticut will receive $300 million over 18 years. It’s up to the legislature to decide how to spend it. The settlement stipulates that 70% of the money should be spent on future abatement activities.

The state Department of Mental Health and Addiction Services (DMHAS), the agency with primary responsibility for dealing with the opioid crisis, runs, funds, and/or regulates a wide variety of activities and programs, including the Live Loud Families awareness website and more than 250 addiction care facilities and 45 sober homes. A spokesperson for Luiza Barnat, director for opioid services at DMHAS, said “DMHAS is implementing strategies that have been proven effective in addressing the opioid crisis.” In response to a question about how the settlement money should be spent, the answer was brief: “It should be directed toward practices that have been proven effective.”

Addiction medicine experts at Yale School of Medicine argue that nationally and in Connecticut, more resources and attention should be focused on evidence-based solutions—primarily outpatient medication-assisted treatment (MAT). That’s the use of opioid-based medications in combination with counseling and behavior therapies.

“Despite us knowing what to do, the numbers keep getting worse,” said Dr. David Fiellin, director of Yale’s Program in Addiction Medicine. He was the lead author in 2016 of a strategic plan for the state, which was commissioned by then-Gov. Dannel Malloy.

Much of the response to opioid use disorder is still focused on law enforcement and abstinence, neither of which has been effective at ending the drug crisis. Fiellin called for lessening government support for programs that do not provide medication-based treatment and for establishing new rules requiring all addiction care programs to inform patients about the comparative effectiveness of treatment options. 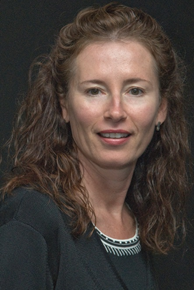 Community opposition to the APT Foundation methadone clinic in New Haven shows how difficult it is to make MAT widely available. Dispensing methadone for opioid use disorder is controlled by the U.S. Drug Enforcement Administration and is limited to specialty facilities that are most often located in cities and typically serve hundreds of patients. Residents living near an existing APT Foundation clinic on New Haven’s Congress Avenue have complained for years about people congregating nearby and drug use in the neighborhood, and, though the clinic has made changes in response, the neighbors are not satisfied. They complain that people from elsewhere are channeled to the city for methadone treatment, placing an unfair burden on neighborhoods where the residents are predominantly Black and Latino.

APT Foundation Chief Executive Lynn Madden defends her clinics. “Siting drug treatment programs is very difficult. There’s a lot of misunderstanding of how methadone treatment works, and neighbors have had negative experiences,” she said. Madden called for a broad new state initiative aimed at getting people quick access to MAT via a wide variety of touchpoints—whether it’s a community health clinic, a hospital emergency department, a homeless shelter, an obstetrician’s office, or a church-based social service.

Fiellin and some of his colleagues at Yale helped shape changes in government policy that enabled more physicians to prescribe buprenorphine. Now, they hope to convince the DEA to change regulations for methadone, making it available for prescription by trained and certified doctors anywhere in the state and the country. That way, they argue, it would be easier for people to access the most effective treatments, and the unwelcome congregation problems could be reduced or eliminated.

“We shouldn’t have to rely on large methadone clinics to get treatment to people who need it. The current highly-regulated model of treating people with opioid use problems is outdated and an unnecessary relic of past thinking.”

Chawarski stressed that MAT is not a magic bullet. Besides medications, other approaches are needed. He said there should be improvements in prevention programs in schools. In addition, lifestyle changes can help patients with OUD sustain recovery.

Chawarski, Fiellin and their colleagues face a number of challenges in their effort to expand methadone prescribing—and not just from the DEA (which didn’t respond to a request for comment) and advocates of abstinence-based treatments. Even though general medical practices have been permitted to prescribe buprenorphine for nearly 20 years, not enough of them actually do it. Methadone, with all of its reputational problems, might be an ever-harder sell.

In spite of the evidence that MAT is the most effective treatment for OUD, some people within the recovery community favor other approaches, such as so-called 12-step programs, many of which preach abstinence. Phil Valentine, executive director of Connecticut Community for Addiction Recovery, said that rather than trying to convince people to use MAT, treatment experts should listen to people who are in recovery and their families and see what they want. “We should see if there’s something innovative we can try—whether it’s evidence-based or not—that might have an effect,” he said.

While the advocates for change don’t agree on everything, they agree on one thing: the need for bold changes. “Every system is perfectly designed to produce the results it’s currently receiving,” says APT Foundation’s Madden. “We aren’t achieving the results we want, so let’s change the system.”

One thought on “Calls To Rethink The War On Opioids”