When University of Connecticut student Natalie Plebanek was 16 years old, she suffered heavy menstrual periods and subsequent fainting spells. But when she asked her pediatrician about a prescription for birth control pills, proven to reduce menstrual bleeding significantly, the doctor balked, citing a common myth. “She thought I would become extremely sexually active,” Plebanek said.

Now 21, Plebanek is considering a more convenient method of birth control. Seeking advice from a gynecologist about her options, she was handed a brochure. “I felt that I wasn’t really informed about my options,” Plebanek said.

Plebanek is not alone in being proactive about her birth control options. The majority of women in their childbearing years—65% of the nation’s females ages 15 to 49—use some form of contraception, according to recent data from the Centers for Disease Control and Prevention (CDC). 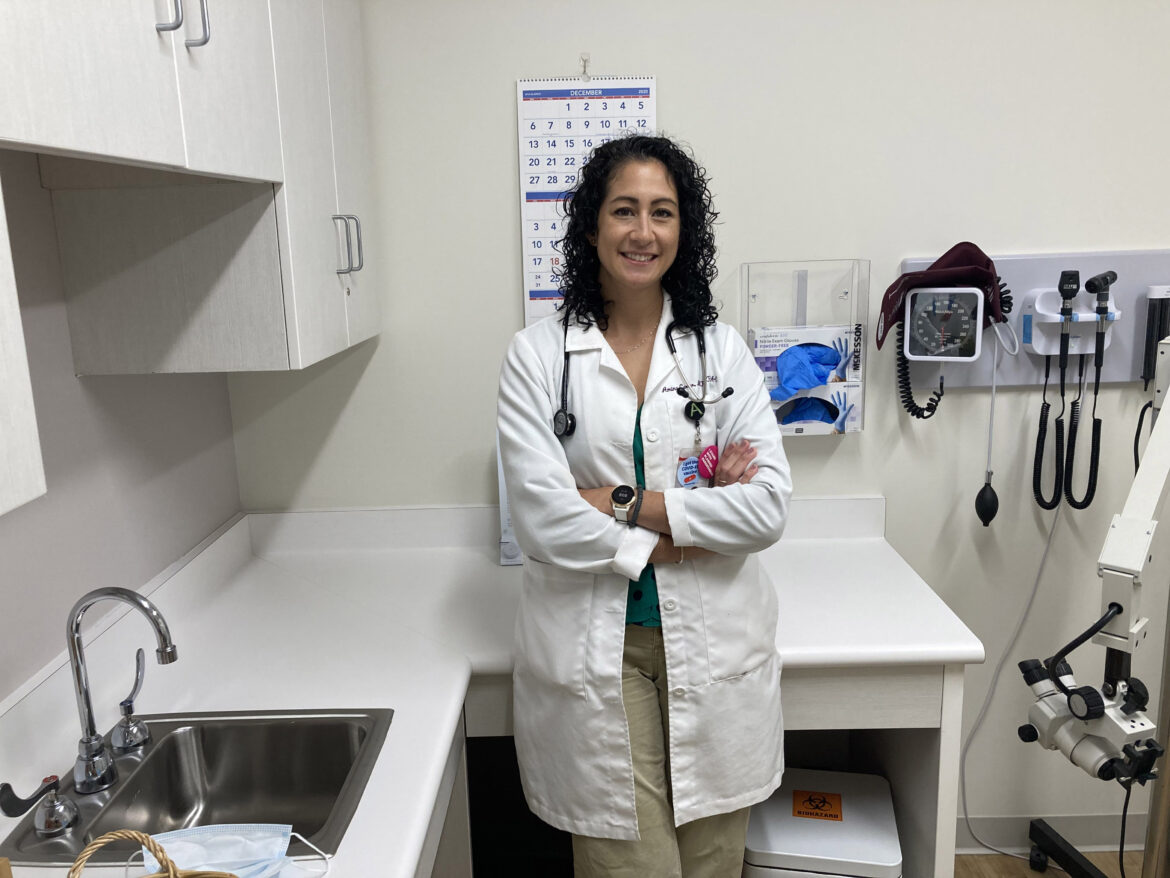 Despite personal investment in their health and the birth control they choose, women don’t always receive the information they need to make smart, informed decisions.

A 2020 Kaiser Family Foundation women’s health survey reported that only four in 10 women (44%) age 18 to 49 rate their contraceptive care provider as excellent in four areas of contraceptive counseling. The study says only 36% of Black women and 38% of Hispanic women received excellent counseling, compared with 49% of white women. And, low-income and uninsured women were less likely to say that they received excellent care.

The contraceptive counseling areas included: respecting them as a person, letting them say what mattered, taking their preferences about birth control seriously, and giving them enough information to make an informed decision.

Dr. Aileen Gariepy,  associate professor of OB/GYN & Reproductive Services at Yale School of Medicine, is seeing patients grow more interested in what’s going into their bodies. “Over the last five years, there does seem to be increased interest in non-hormonal contraception on the part of patients,” she said.

Kikelomo Otuyelu-Garritano, the sole obstetrician and gynecologist at HER Wellness Health Center in Wilton, agrees but says this desire to be proactive doesn’t always translate to being better informed. “They hear about a friend who went on the pill and gained 30 pounds. They don’t necessarily dig any deeper,” she said. “They hear: If you’re going on birth control, you’re going to gain weight.”

New birth control products that capitalize on a trending interest in hormone-free options include FDA-approved Phexxi®. The first non-hormonal prescription contraceptive vaginal gel works as a barrier and alters the pH of the vagina, immobilizing sperm.

Advertisements for Phexxi emphasize that it is hormone-free. The hormone estrogen, found in certain birth control pills, is known to increase the chance of stroke among users with pre-existing risk factors that include elevated blood pressure, previous thrombotic events, smoking, a history of migraines with aura, and advanced age.

“I think Phexxi is a game-changer because it works with the vaginal pH, works with sperm, and is non-hormonal,” Gariepy said. But she acknowledges that there are tradeoffs. For example, a multisite study found Phexxi to be 86% effective at preventing pregnancy when used regularly, compared with the pill’s about 93% effectiveness when used correctly. Also, Phexxi doesn’t allow women to be spontaneous, as it must be applied with an applicator up to an hour before intercourse.

Mark Alberts, physician-in-chief of the Hartford HealthCare Neuroscience Institute and chief of neurology at Hartford Hospital, sees plenty of stroke patients. And, he says, many patients are surprised to find after suffering a stroke that they were at increased risk. “Oftentimes, the comment is: I had no idea, or nobody told me about risk factors,” Alberts said.

Fortunately, Alberts says, the amount of estrogen used in birth control pills has steadily declined over the years. “As the doses of these compounds have decreased, the risk of stroke has also decreased,” he said. Nevertheless, women whose health behaviors or medical history raise their risk for stroke would be well-advised to avoid estrogen-containing birth control pills.

But research indicates that medical practitioners don’t always offer this advice. In a recent study of oral contraceptive use among women, only 15% of users with one or more stroke risk factors recalled being advised not to start oral contraceptives; 36% recalled a health care provider recommending that they stop.

“It’s our job to make sure that patient counseling is really comprehensive. Historically, we think of birth control as the pill. But that doesn’t mean it’s the best option,” said Amina Carter, a physician assistant and health center manager at Planned Parenthood of Southern New England. “Sometimes, it’s just a matter of education.”

“It’s ‘set it and forget it,’” Carter said. “It doesn’t require any thought after the initial appointment.”

But becoming fully informed and prepared to decide to use a LARC or another form of birth control does require thought, and it is most helpful when health care practitioners provide guidance. The ACA even included a provision specifically for counseling and services related to birth control. The health care system, however, doesn’t always allow or encourage sufficient time for such guidance.

Otuyelu-Garritano knows this all too well. She quit medicine three times before finally opening her own practice, which allows her the time she feels is necessary to provide her patients with thorough exams and health information. Otuyelu-Garritano says patients are most likely to find the birth control that’s right for them when they have a health care provider willing to consider the options from various perspectives.

“You have to look at things from all angles,” she said. “The only way that’s going to happen is if there’s time [during the medical visit] to talk.”