For eight months in 1995, LaResse Harvey says, she was held as a sex slave by her cellmate at York Correctional Institution in Niantic.

In the 26 years since Harvey’s assault, the landmark Prison Rape Elimination Act (PREA) was signed into federal law. The legislation gave prisoners several avenues to report sexual misconduct; required changes to buildings for added safety, such as adding doors with windows and installing more cameras; and mandated regular audits of each facility.

But people incarcerated in Connecticut say they still face sexual abuse from other prisoners and guards and that reporting the crimes isn’t always worth the consequences. 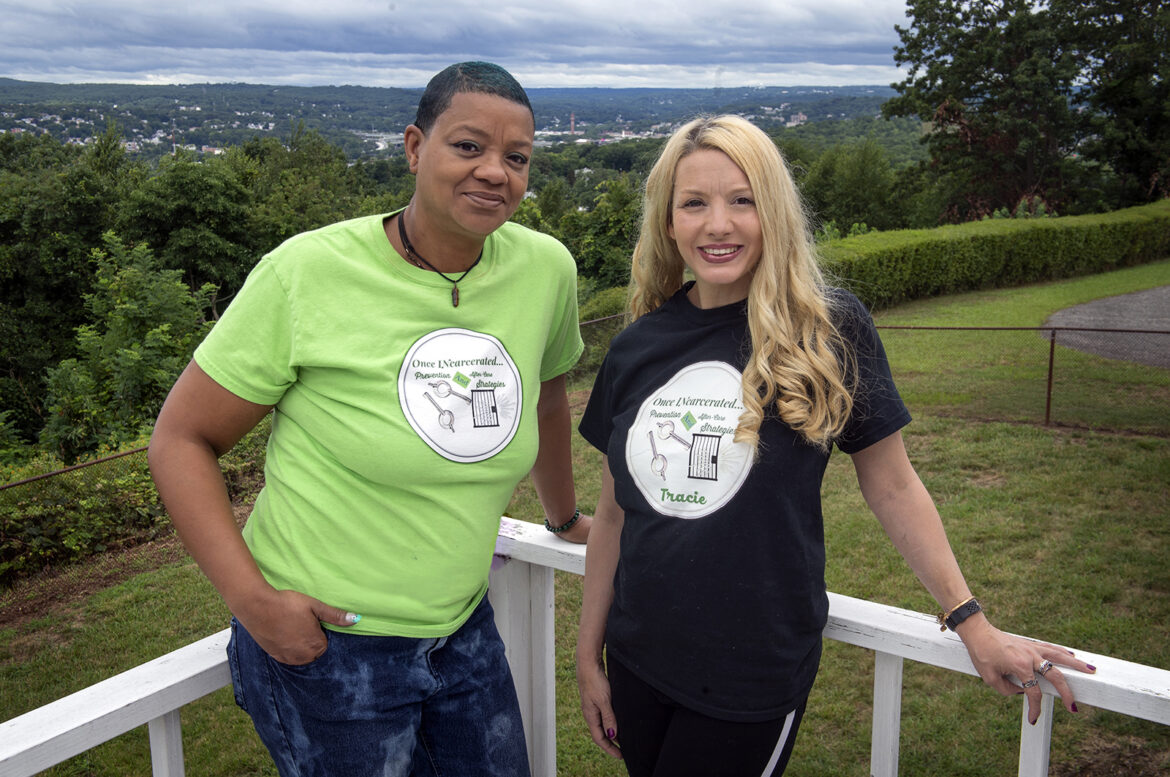 LaResse Harvey (Left) and Tracie Bernardi met in prison and are the co-founders of Once Incarcerated.

“It does not work,” said Harvey, who pushed for PREA in Connecticut after her release from prison and later co-founded the advocacy agency Once Incarcerated.

In Connecticut, between 2015 and 2020, there were 819 reports of sexual abuse or harassment in prisons and state-contracted judicial programs, according to PREA data from the Connecticut Department of Correction (DOC) and the state Judicial Branch.

The bulk of the reports, about 72%, accuse another inmate or client of court programs, such as a drug rehabilitation program. Just over 10% came from juveniles in the system.

About 13% of Connecticut reports were confirmed after being investigated. Only about 6% of cases across the country are substantiated, according to the most recent national data published in June. The national rates don’t include harassment figures or judicial programs, like the state figures.

“PREA” has become a common phrase in Connecticut’s prisons. The fact that people know how to report, and do so, is a positive sign, says David McNeil, the PREA Unit director for the state Department of Correction.

“The system is working,” McNeil said. “We’re getting the phone calls, the letters, the cases.”

PREA rules went into effect in 2013. That year, the state DOC began teaching staff and the prison population the new rules and bringing the buildings into compliance.

Almost a decade later, allegations of sexual assaults in prisons across the country continue to increase yearly, except for an overall decrease in 2017.

In contrast, reports in Connecticut have decreased over time, from 182 in 2015 to 94 in 2019. At the start of the COVID-19 pandemic in 2020, there were only 47 reports, a dip officials attribute to fewer interactions in the prison over the past year.

But the numbers understate the real threat, according to victim advocates, who say there is a culture of ambivalence and fear of retribution. Many reach out to Just Detention International, an advocacy group that seeks to end sex crimes behind bars.

“When we talk about a preventable tragedy, a preventable human rights crisis, it’s in these letters. It’s in the voices of survivors who call us. It’s also in the data,” said Jesse Lerner-Kinglake, the communications director for Just Detention International.

Officials say they take the law and their role to keep people safe seriously.

“It’s a balance of safety, security and personal privacy,” McNeil said. “You’re looking out for individuals in an environment that is not designed for personal privacy. You have to monitor them, but while trying to give them space to go about their everyday life.”

Though the law refers to “prison rape,” it covers all types of sexual misconduct and applies to courthouses and any residential facility part of the judicial system, such as a halfway house or drug rehabilitation center. A third of Connecticut’s reports between 2015 and 2020 came from facilities other than prisons.

Kristal Lis is one such case. She said that she was repeatedly violated in 2018 by a pair of Judicial Marshals tasked with her transport between York Correctional and the New London Judicial District Superior Courthouse.

Lis was first plied with cigarettes for sexual favors, according to her lawsuit against one of the marshals and Judicial Branch administration.

The PREA coordinator for the CT Judicial Branch declined to comment on the lawsuit.

Any sexual encounter, even consensual, between staff and inmates is a PREA violation due to the power differential.

The abuse escalated, and Lis said the marshal inserted his fingers into her vagina while she was shackled and alone in the courthouse lockup. She cried and loudly told him to stop, according to her lawsuit, and he left when other staff came near.

Lis first reported the abuses a year later, staggered by the trauma of the incident and fear of retribution.

“She was retaliated against by being threatened with prison time if she continued to speak out.”

Lis says that after filing her PREA report, she was denied mental health services at the prison.

“I said, ‘I need counseling.’ So, I wrote reports, numerous things begging for counseling,” Lis said, “and they just wrote back saying, ‘Oh, you don’t qualify,’ ‘Take deep breaths,’ and stuff like that.”

The state data doesn’t detail demographics like race or gender, but the highest number of reports were from York Correctional Institution, the state’s only prison for females. Out of the more than 50 prisons and judicial programs statewide, about 24% of all reports were made at York.

Tracie Bernardi, who served 23 years at York before her release in 2015, said she never reported such incidents because the odds are against prisoners.

The harassment included inappropriate comments during strip searches and unnecessary touching. Bernardi noted that when drivers would help her in and out of the transport van for court dates, they would often grab her butt. She said she maintained a relationship with a guard who provided special benefits like extra meals or time out of her cell.

“If I made complaints, the fear was I would lose everything while they investigated,” said Bernardi, who co-founded Once Incarcerated with Harvey in 2019. “You can’t prove it, so why even waste your time?”

Once Incarcerated receives similar reports from people still in the system. Reports can also be made anonymously through a tip line or other third parties, such as clergy, triggering the same PREA report.

Complaints about regular security pat downs and strip searches are not covered by PREA, according to McNeil, and do not become part of the PREA data.

Advocates say that one of the most egregious offenses against survivors—isolation—is done in the name of protecting them. At the start of a PREA investigation, the complainant and the accused are kept apart until the details are sorted out.

“That separation is not intended to be punitive,” said Karen Martucci, the director of external affairs for the state correction department. “It’s a safety issue.”

Bernardi said she tried to kill herself while in isolation.

“By putting me in solitary confinement, if I was in college courses, I would lose that because you can’t miss a certain amount of time. You lose housing. All of your property is packed up by other inmates or staff. Your stuff will end up missing or stolen,” Bernardi said. “Those kinds of things are complete trauma; your stability is uprooted.”

Sometimes PREA reports are used as revenge between inmates, who report past consensual behavior after a breakup, called “dropping a note” inside the prison, according to McNeil.

“Every allegation is taken seriously and investigated,” McNeil said, noting that all criminal activity is referred to the state police.

Such a policy could have helped Harvey when she faced abuse. Harvey immediately told a prison counselor, but the incident was brushed aside as a lovers’ quarrel; she was even celled with her rapist at the assailant’s request.

Though Harvey says PREA is better than nothing, she denounces how PREA is practiced.

“They’re doing the opposite of what the PREA law says,” Harvey said. “The PREA law says keep them in their support team, remove the assailant, and make sure they get immediate mental help. All the things I did not get.”

Under the mentorship of Jodie Mozdzer Gil, associate professor of Journalism at Southern Connecticut State University, W. Tanner Bryant began reporting this story in a data journalism course in spring 2021, and completed reporting over the summer. Bryant graduated from Southern in May 2021.

Correction: An earlier version had the names in the cutline reversed.