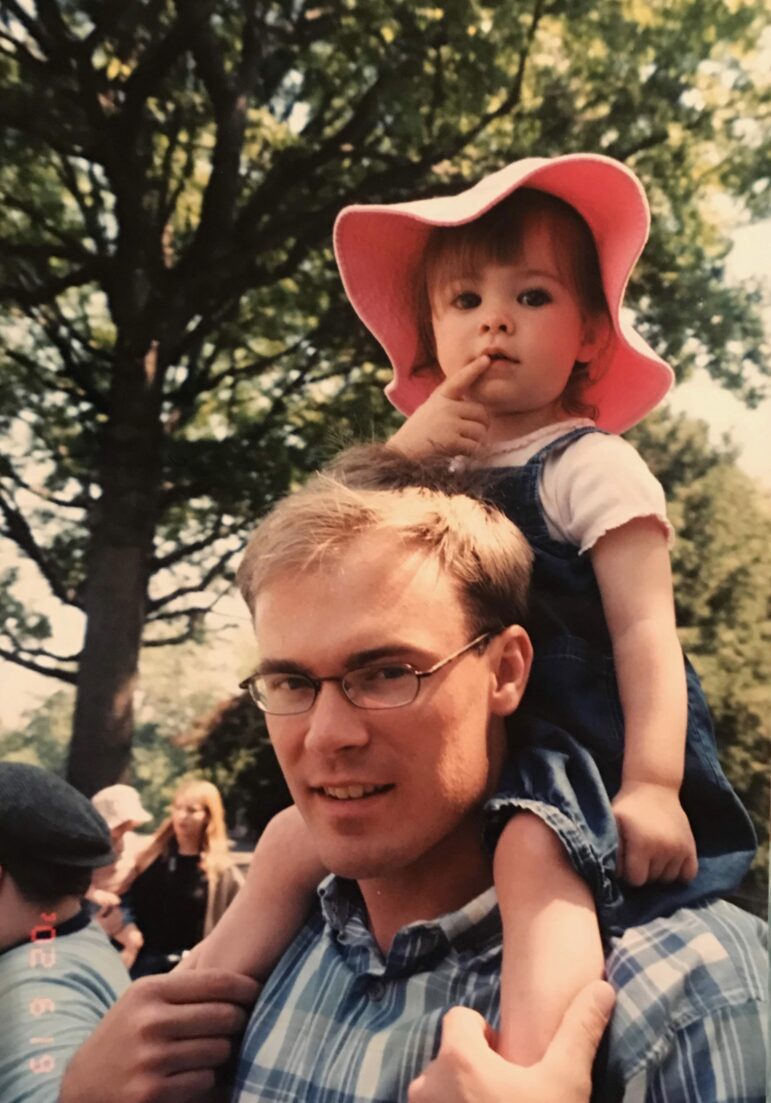 “As you have learned in school and from us, this past week will never be forgotten by the people of the United States. Your mother and I thank you, Alison, for helping us get through this time. Thankfully no one in our immediate family or friends were hurt by the terrorist attack, however we were all touched. It started as a normal day but around 8:50 on Tuesday morning, America ended as I knew it.”

My family never talked about the Sept. 11, 2001, terrorist attacks much. Aside from annual moments of silence and one detailed lesson in sixth grade, I don’t remember learning about 9/11 in school. I can’t describe the first time my parents told me about the attacks. For me, 9/11 was an ever-present fact — a part of me always knew that planes went down, buildings collapsed, and people died, but I understood it in a detached way, like someone watching a movie.

I was 10 months old when the Twin Towers fell. I am too young to remember the terrorist attacks that changed our nation forever, and too young to remember what America was like before. All I know is a post-9/11 world with a different New York City skyline, that I have to take my shoes off to get through airport security, and a country not at peace.

Every year, for 20 years, there are the same words, plastered on posters, displayed on TV ads and shared on social media: Never forget. But how am I supposed to never forget when I am too young to even remember?

“A plane crashed into the World Trade Center, an icon of America and the New York skyline, and a place your mother and I have been. At this moment I thought that the pilot must of had a heart attack or the plane was malfunctioning. Fifteen minutes later, shock turned to fear. The second plane hit the WTC. I knew this was a terrorist attack.

I relayed the news to my students and I stopped teaching. All I wanted to do was to hear more information. What followed I was not ready for, no one was. I called mom to talk to you guys. Hearing your voices was very reassuring. The news your mother told me was overwhelming, the Pentagon was hit by a plane and another one was hijacked somewhere in the air. I was very scared at this time because our country’s sense of security was gone. The news worsened as each of the towers collapsed.”

Before my senior year of high school, my dad gave me a book. Three years of hand-written journal entries filled the 40 pages, chronicling my mother’s pregnancy, the day I was born, and the first years of my life. I flipped through the notebook, smiling at the anecdotes from my first carousel ride, my first words, my first trip to the movie theater. My dad wrote to me about his workdays, family celebrations and national events. 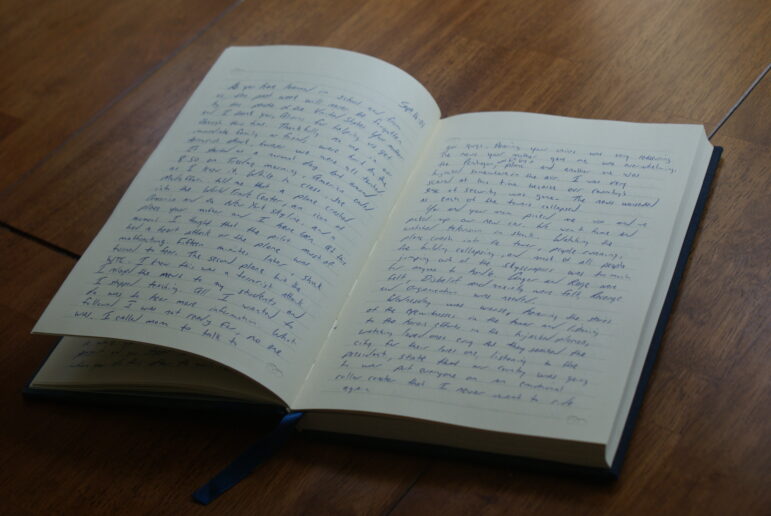 “We went home and watched the television in shock. Watching the plane crash into the tower, people running, the building collapsing, and most of all people jumping out of the skyscrapers was too much for anyone to handle. Anger and rage were felt, Disbelief and anxiety were felt, Revenge and Organization was needed.”

There are approximately 102 million Americans like me who are either too young to remember or were born after Sept. 11, 2001. That’s more than 30% of the nation, according to data from the U.S. Census Bureau.

Samiksha Mehta from Milford was born two years after 9/11. She learned about the terrorist attack in fifth grade from a teacher. And although Mehta knows that 9/11 changed so much of the world she lives in, she said she thinks about that fact very infrequently.

“Wednesday was worse, hearing the stories of the eyewitnesses in the tower and listening to the heroic efforts in the hijacked planes, watching loved ones cry as they searched the city for their loved one, listening to the president state that our country was going to war put everyone on an emotional roller coaster that I never want to ride again.”

Sam Zelin of Fairfield was 3 months old in September 2001. At the time, he lived in upstate New York. His father, who worked in finance and on rare occasions went into the World Trade Center for business, lost many co-workers that day. Zelin said he remembers his parents telling him about 9/11 as early as age 4.

During 9/11 lessons at school, Zellin said his teachers would often remind the class of their unique position in history.

“I remember a lot of times the first things teachers would say was ‘You guys were the last generation before it happened.’ That was kind of a weird thing to me, I was a baby,” Zelin said.

Now a history major at the University of Connecticut, Zelin compared 9/11 to Pearl Harbor Day. He explained how today, few people can describe what happened at Pearl Harbor.

“I remember feeling like there was a shift where [9/11] became a thing that had happened recently to just another historical event … I’m really intrigued for when I grow old to see what happens with 9/11,” Zelin said. “Once the next generation matures, I wonder if they will have the same sort of understanding of what it was.”

“Thursday and Friday were better as the human and American spirit poured out all over the country. People donated money and food, flew flags, united with those they wouldn’t normally. This is what America is about. People pulling together in a time of crisis to overcome this awful time.

The firefighters of NYC are the most brave individuals I have seen. They are the heroes of our world as they rescued people from the building and cleared debris from ground zero.”

Zelin said that visiting the 9/11 memorial at ground zero was another moment of realization.

“You go and there are people who make pilgrimages to those pools and you look at the Freedom Tower …We bounced back but also it’s a sign that we are going to forget in ways and that there’s nothing we can do about it. And I don’t think [9/11] is going to have the same prominence that it did.”

“During this time you have been our saving grace. I know now that you were given to us ten months ago by God to help us persevere through this time. Your innocent smiles warm our cold and angry hearts. Your laughter turns our frowns to smiles. Your future turns our despair to hope. Our country needs to overcome this moment to help recreate the country we had before so you and other children do not have to go through this again.

War is on the horizon, We will prevail.”

The next entry, written a little more than two months later, broke my heart even more.

Darling, tomorrow I am leaving you and mom for a couple of days. By chance, if anything should happen to me I want you to know that you are the most amazing person. You inspire me daily, make me happy, and you have completed my life. I have the best gifts in the world: you and your mom. I plan on being back, but if some terrorist attack occurs or my plane crashes I want you to know that I love you dearly. Be all you can be and keep smiling. You are blessed with amazing talents use them to their fullest. I will always be with you and mom.

(I will be back. We will get a kick out of this one day) 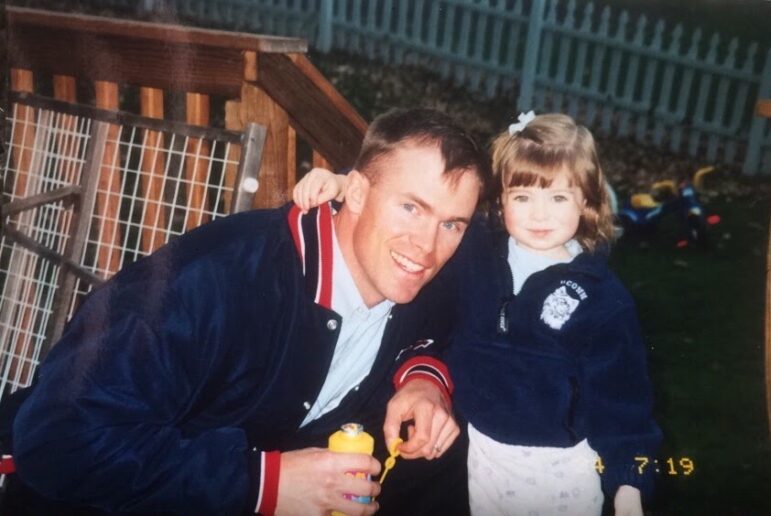 I will never forget how I and all the other children who are too young to remember what happened on Sept. 11, 2001, once served as a source of hope for grieving family and friends. But most of all, I will never forget to hug my loved ones a little tighter and be thankful for all the love that I have.