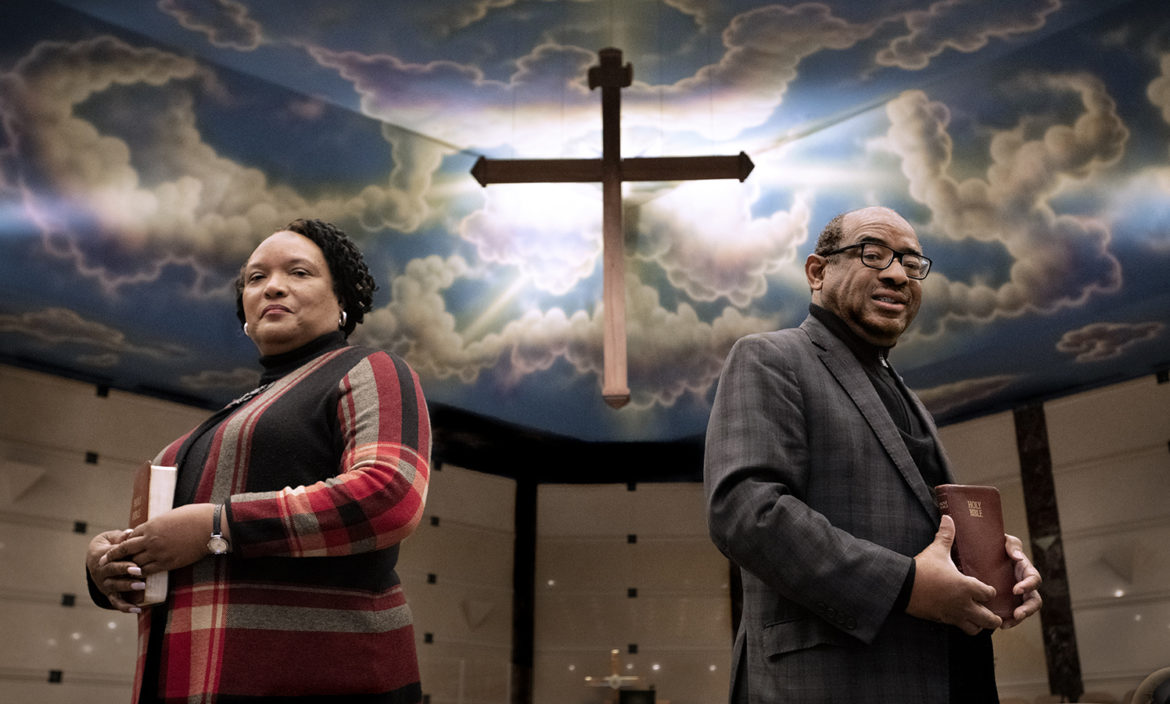 Rev. Robyn Anderson (L) and Rev. Moses Harvill at Cross Center Church in Middletown. They are working together to provide services during this time of social distancing.

As an ordained pastor, the Rev. Robyn Anderson will preach via the web Sunday, sharing a message of hope and healing with members of Blackwell AME Zion Church as her parishioners deal with the economic and personal toll brought on by the worldwide coronavirus pandemic.

“We don’t want to panic. We want to be in prayer,” Anderson said this week as she prepared with a consortium of other African American and Latino ministers to bring web-based church services to their flocks—in some cases for the first time. “It’s a scary time for everyone. But it’s something that we know we will get through.”

As a licensed therapist and social worker and the director of the Ministerial Health Fellowship, Anderson will also be brainstorming ways to deal with the potential loss of health care due to lay-offs of congregants who are already at higher risk for diabetes, asthma, high blood pressure and other chronic medical issues that make them more likely to have complications if they contract the coronavirus.

“The church is a vital part of the community that people know will respond in a crisis,” Anderson said. “People of color are more likely to turn to the church, and they are more likely to have health disparities and high rates of diabetes, strokes and asthma.”

The spread of novel coronavirus, which causes COVID-19, has become an international public health crisis, with people sickened worldwide, including 194 confirmed cases in Connecticut as of Friday afternoon. State officials announced Friday that four residents have died from the virus.

The elderly and those with medical conditions are at higher risk for complications from the respiratory illness, which causes fever, cough and difficulty breathing, according to the Centers for Disease Control and Prevention (CDC).

To stem the spread of the virus, state officials have systematically shut down large gatherings and places where people congregate, such as restaurants, which can only serve take-out. Hotels and other industries have also been impacted, leaving people without a paycheck and, potentially, health care, said the Rev. Shelley Best, president and CEO of the Hartford-based Conference of Churches.

“This is something that knows no race. Everyone is at risk. It crosses all boundaries,” Best said. “But there are racial and ethnic health disparities, and we’re in a situation where the church won’t be open daily for walk-ins,” the congregants who show up seeking help.

The group works with officials at Middlesex Hospital, The Hospital of Central Connecticut and Hartford HealthCare to address concerns about disparities in health care and health care programming for people of color and underserved communities.

“Our communities die at an earlier rate than Caucasians because they don’t get the adequate resources they need,” Anderson said. “Things like clinical trials, where traditionally we are underserved, we encourage our members to take advantage of clinical trials for diabetes and high blood pressure, which wasn’t happening in the past.” 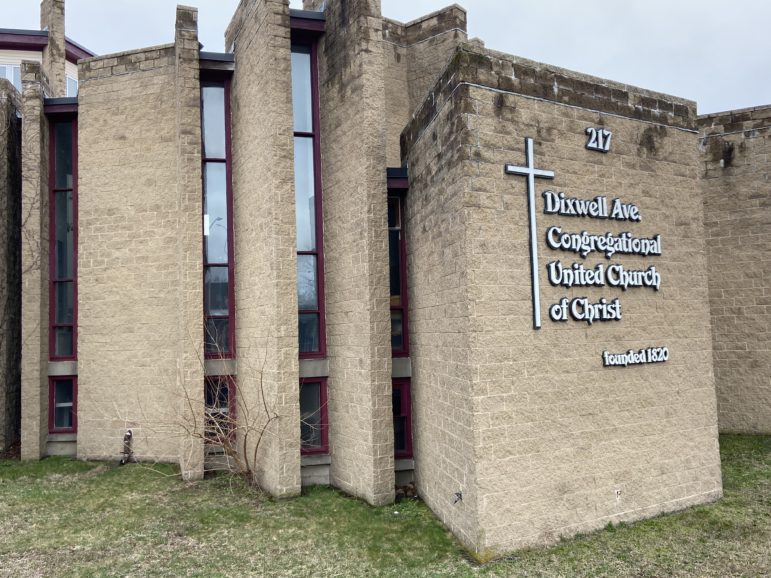 The work of the Fellowship will continue, despite the cancellation of in-person church services and advocacy events such as a legislative breakfast planned for April, Anderson said. People are wrestling with the loss of jobs or work hours and the loss of easy access to groceries and other staples, which will hit the elderly and the indigent particularly hard, she said.

“We’re going to end up providing financial aid for whatever people need,” Anderson said. “We’re also concerned about people not having health insurance because there is going to be fallout if they don’t have adequate health insurance.”

Several people have already told Anderson that their hours have been cut, and as a result, they won’t be able to afford health care or healthy food, she said. “Our communities rely on us for everything,” Anderson said. “If people don’t have co-pays for prescription costs, or even as it relates to primary care doctors, they seek our help.”

The Conference of Churches has suspended the IMANI Breakthrough Recovery Project, a faith-based initiative to help those recovering from drug and alcohol abuse, which holds support meetings at churches and other locations in Bridgeport, Hartford, New Haven and Waterbury, Best said.

“People are trying to start virtual ministries using social media to stay connected,” Best said. “It could be that we won’t be having services for several weeks. We’re looking at the new normal. It feels like 9/11 to me in that I think some things will be different moving forward.”

The Rev. Frederick Streets, senior pastor of the Dixwell Avenue Congregational United Church of Christ in New Haven, also has a sense that the standards for community engagement will be different after the threat of the virus ebbs in the coming weeks and months.

“This is causing us to rethink the methods and means we use to connect with people,” Streets said. “We’re now using media platforms, Facebook, Zoom, livestreaming to stay connected, and it’s reaching other people who aren’t members of the congregation.”

His church, which is the oldest African American Congregational UCC church in the world, is having no problem seeing to the “concrete” needs of parishioners, including food and medicine, during the crisis, he said. “It’s the deeper need—the social connection and the fear people have as this continues to unfold” that is driving requests for help, Streets said. “People need to be socially connected while physically distanced.”

Although the IMANI Breakthrough Recovery Project, which primarily serves African American and Latino clients, has been suspended for the time being, Anderson said her church and others within the Fellowship would continue to provide meals and meeting places for the city’s homeless and indigent, she said.

“We’re looking at the soup kitchens and trying to determine what they need,” said the Rev. Moses L. Harvill, senior pastor of the Cross Street AME Zion Church in Middletown, which hosts the Fellowship. “We’re going to try and provide some bag meals in the evening. We’ll also be contacting our members. Some are more vulnerable than others, and they may need help. This is all fresh, and it came on us really fast. Now there’s a sense of urgency.”

Earlier this week, Harvill and several other African American church leaders were trying to decide if they should hold traditional services or go virtual. By Wednesday, the group had concluded that they would use the web-based conferencing tool Zoom to minister to their congregations on Sunday, Anderson said.

“We’re not going to lose our faith,” Anderson said. “I know we will get through this, and we will continue to look to God. We’re going to get through this together, and I believe it will make us stronger.”

One thought on “As Coronavirus Spreads, Church Leaders Weigh The Needs Of Congregants”