Fourteen Connecticut hospitals are being penalized by the Centers for Medicare & Medicaid Services (CMS), losing 1% of their Medicare reimbursements this fiscal year for having high rates of hospital-acquired infections and injuries, new data show.

The hospitals are among 786 nationwide being penalized under the Hospital-Acquired Conditions Reduction Program, which was created under the Affordable Care Act, according to a Kaiser Health News (KHN) analysis. The program is in its sixth year and the latest Medicare reimbursement penalties are for the current fiscal year, which began in October 2019 and runs through September.

When assessing penalties, CMS considers the number of infections, blood clots, sepsis cases, pressure ulcers, and other complications that may have been prevented. 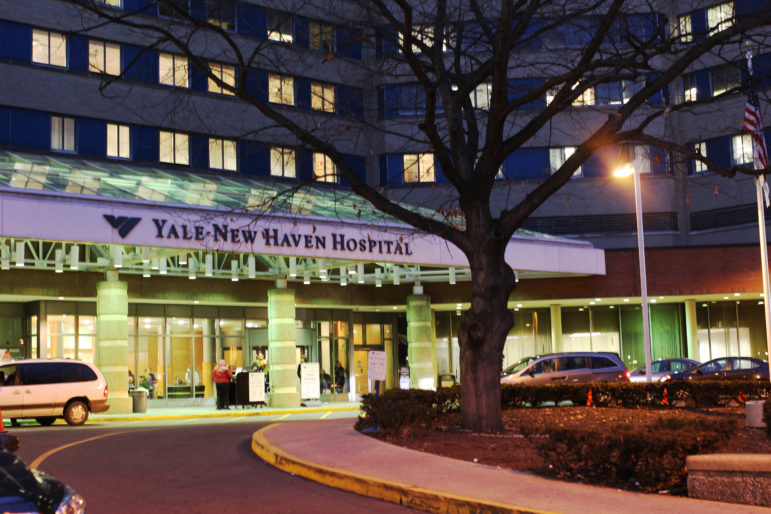 For the second year, Yale New Haven Hospital was not penalized by CMS.

“The number [penalized] is improving; we are getting better,” said Dr. Mary Cooper, chief quality officer and senior vice president for clinical affairs at the Connecticut Hospital Association. “There’s been widespread improvement across the state. We are loving seeing the data improve, and we are hoping next year it improves more.”

“While I agree with many other advocates who feel that these penalties are too small to motivate the degree, and perhaps the type, of change needed, I do feel they raise the awareness of medical errors and avoidable harm that affects patients’ lives day in and day out.”

Five hospitals have never been penalized under the program. They are Sharon Hospital, Milford Hospital, William W. Backus Hospital in Norwich, Hebrew Home and Hospital Inc. in West Hartford and Bristol Hospital.

It’s unknown how much the penalties will cost each hospital because the dollar amounts are tied to Medicare claims each will submit to the government through the end of the fiscal year.

Lisa Freeman, executive director of the Connecticut Center for Patient Safety, said, “It is discouraging, when looking at the overall numbers, to see the same story, different year once again.”

“While I agree with many other advocates who feel that these penalties are too small to motivate the degree, and perhaps the type, of change needed, I do feel they raise the awareness of medical errors and avoidable harm that affects patients’ lives day in and day out,” Freeman said. “What they don’t accomplish is motivating the deeper change in the culture surrounding health care and the importance of transparency so that the providers and systems can truly learn from, and make needed changes as a result of, treatment complications.”

Cooper said that hospitals are making concerted efforts to reduce the number of infections or injuries, including: continued implementation on “high reliability” standards; education of frontline staff about how to predict the likelihood of, and prevent, adverse events such as pressure ulcers or developing sepsis after surgeries; a focus on interprofessional care, where various members of a patient’s care team are communicating; and more involvement by hospital CEOs when it comes to learning how infections and injuries can be prevented, including CEOs completing rounds with frontline staff.

Seven hospitals are exempt from the program, including those that only serve children, veterans or psychiatric patients, as well as those deemed “critical access hospitals” due to a lack of nearby alternatives for patients, according to KHN.

In addition to these penalties, hospitals can face other fines as well. CMS announced in October that 26 of Connecticut’s 29 hospitals are being penalized this fiscal year with Medicare reimbursement reductions, of varying amounts, for having high rates of patients who were readmitted within a month of being discharged.

Correction: An earlier version of this story omitted Bristol Hospital from the list of facilities never penalized by CMS.

One thought on “14 Hospitals Penalized For High Infection Rates, Injuries”