Nearly 40% of preschool-aged children nationwide have never had a vision screening, new data suggests, and there are disparities in who has been tested.

During 2016 and 2017, only 63.5% of children 3 to 5 years old had their eyes tested by a doctor or other health professional, and whites were more likely to have been tested than blacks and Hispanics, according to data from the Centers for Disease Control and Prevention (CDC).

Childhood vision screenings can lead to early detection of vision disorders. The United States Preventative Service Task Force, an independent panel of experts, and the American Optometric Association recommend children in that age group have their eyes checked at least once, even if they’re asymptomatic and at low risk for problems. 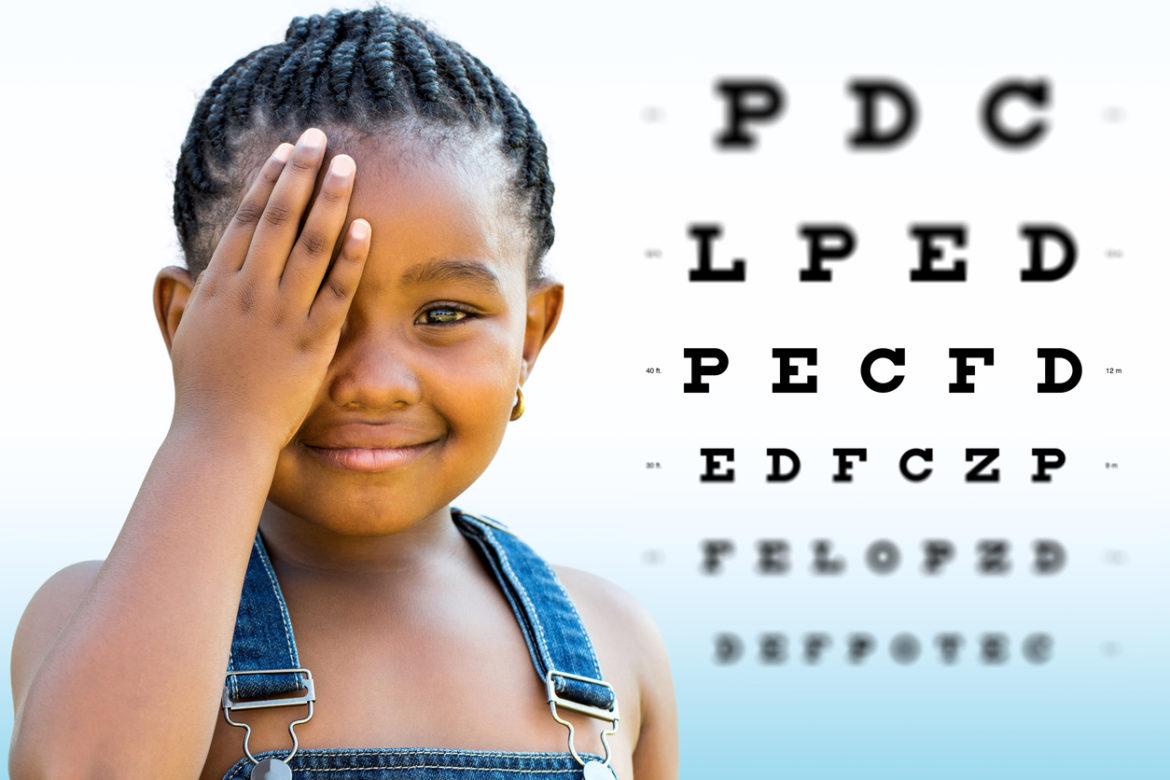 “The purpose of a screening is to pick up any red flags, warning signs or risk factors for vision problems,” said Dr. Caroline DeBenedictis, a pediatric ophthalmologist at Connecticut Children’s Medical Center in Hartford and an assistant professor at UConn School of Medicine. “Vision screening should be happening from the time [children] are born.”

“You’re screening for different things at different ages,” she said. “It’s extremely important that kids are screened according to the current recommendations and guidelines. The earlier we pick up these problems, the better.”

Many vision problems can be reversed, at least somewhat, if they are caught at a very young age, said Dr. Lyuba Konopasek, senior associate dean for education and a professor of medical sciences at Quinnipiac University’s Frank H. Netter MD School of Medicine.

“The earlier you treat a child’s vision loss, the better,” she said.

Early vision problems can affect the development of the part of the brain that allows children to see, she said. This is called amblyopia and can cause decreased vision that cannot be corrected with glasses. It’s “pretty impossible” to reverse or ameliorate the effect of vision loss on the developing brain after a child reaches 7 to 9 years of age, she added.

CDC data show white children were more likely to have had a vision screening (65.4%) than Hispanic children (58.6%). The difference between Hispanic and black children was not significant, according to the CDC.

“When a pediatrician is shining a light in your eye, parents may not appreciate that that’s part of a visual screening. When they get older, we screen with eye charts.“

Disparities also emerged along socio-economic lines. Children in families with household income equal to or greater than 200% of the federal poverty level (67%) were more likely to have their vision checked than children from poorer families (58.9%).

Several factors could be skewing the CDC data somewhat, DeBenedictis noted, including that it relied on parents or caregivers reporting whether their children had been screened. Some parents may not even realize or remember that their children had their vision screened during a pediatric well visit, she said.

“There’s a difference between a vision screening and a vision exam,” she said. A screening is a quick check, often conducted with a light or an electronic device by a pediatrician, whereas an eye exam is more thorough and done by an ophthalmologist or other eye care specialist, she said. “If they’re going to the doctor, they should be getting these screenings.”

When the CDC surveyed caregivers, respondents were asked whether children had ever had their eyes “tested by a doctor or other health professional.” But a CDC spokesman said the report’s author believes respondents would have interpreted the word “tested” to mean a basic vision screening.

“When a pediatrician is shining a light in your eye, parents may not appreciate that that’s part of a visual screening,” Konopasek said. “When they get older, we screen with eye charts. As a pediatrician, vision screening is your job at the well-child visit.”

If children are not being screened, she said, that raises some questions—namely, whether children are attending their well visits and, if so, whether pediatricians are performing the screenings they ought to be.

Data showed screening rates varied based on the type of insurance children had. Among those with private health insurance, 66.7% had their vision tested, compared with 61.2% of those with public coverage and 43.3% of those who were uninsured.

Common causes of vision loss that should be evaluated by an ophthalmologist include a lazy eye, or having one eye that is stronger than the other, Konopasek said. Catching problems early can have a major impact on a child’s ability to see.

“When you think about the incredible opportunities to influence the future health of your children, this is a biggie,” Konopasek said. “If you miss this, there’s no going back. And especially with younger children, you need to be screening their vision.”