Some Connecticut hospitals and doctors and a clinic are starting to treat severely depressed patients with a new nasal spray called Spravato, touted as the most significant federally approved depression medication since Prozac was approved in 1987.

Spravato, which received Food and Drug Administration (FDA) approval in March, has raised hopes for preventing suicides and relieving depression after other treatments have failed. But there are concerns about possible side effects, including drug abuse, elevated blood pressure and heart rate, sedation, and hypersensitivity to surroundings.

The nasal spray is prescribed for treatment-resistant depression after at least two other antidepressants haven’t worked and is given with an oral antidepressant. It is only administered in restrictive clinical settings to reduce potential for abuse and side effects.

Nationally, of the 17.3 million adults with depression, one-third are treatment-resistant, increasing their risk of suicide.

Yale New Haven Hospital, the Institute of Living, UConn Health John Dempsey Hospital, Wheeler Clinic, VA Connecticut Healthcare, and Dr. Lori Calabrese in South Windsor report that they have either started or are planning to offer the fast-acting medication whose chemical name is esketamine. It is designed to show results in hours and days compared to the weeks and months it takes for traditional antidepressants to work.

Dr. Jayesh Kamath, director of the mood and anxiety disorders program at UConn Health, has conducted esketamine studies for Janssen, its manufacturer. “I want to make sure people hear the positives and the negatives of this medication,” he said. 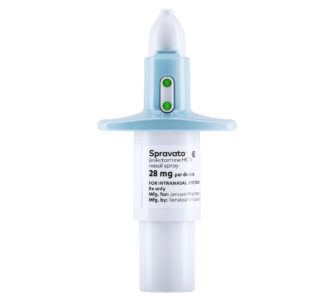 Spravato, a nasal spray, is prescribed for treatment-resistant depression.

While he said that “it is changing how we treat depression” and shows promise for enabling severely depressed people to function, he added that “the results are concerning about side effects.”

Janssen, a Johnson & Johnson subsidiary, is charging $590 to $885 for the medicine, depending on dosage. This does not include costs charged by providers for administering it. Veterans who receive it at the VA will not be charged. Medicaid and Husky will cover it, according to the state Department of Social Services.

A Janssen spokesperson said insurance companies are starting to cover it and Janssen is providing help, such as co-pay coupons.

Janssen refused to provide a list of Spravato-certified treatment centers and applicants in Connecticut but said that nationally about 1,600 sites have been certified. Restrictions imposed on Spravato sites include: prohibiting it from being sent home with patients; requiring patients to remain at the site for at least two hours and not drive for another day; and specifications for dosages, screening and monitoring patients, and labeling and handling of the medication.

Dr. Michael Twist, Wheeler Clinic’s medical director, said Spravato can be a replacement for electric convulsive therapy. “This is going to be a way of getting someone much better much quicker,” he said. “It’s huge.”

Esketamine: A Derivative Of Ketamine 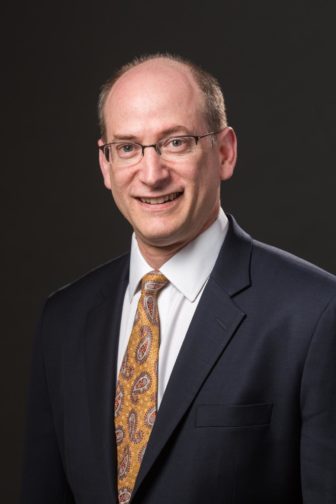 Esketamine is a derivative of ketamine, an anesthetic that has been abused as a party drug called Special K. Yale School of Medicine pioneered research on ketamine for depression starting in 1995. It has not been approved by the FDA to treat depression because as a generic drug, it doesn’t have the profit-making potential to attract research funding, several doctors said.

Ketamine is FDA-approved as an anesthetic administered intravenously or by intramuscular injections. The chemical difference between the two drugs is that ketamine is comprised of two mirror-image molecules and esketamine (Spravato) is comprised of one of those molecules.

Some doctors, including Calabrese, provide it intravenously “off label” for depression treatment, a legal use of a non-approved medication that is usually not covered by insurance.

Calabrese, a psychiatrist, said she will continue to offer intravenous ketamine in addition to Spravato. She said an analysis of 144 of her suicidal patients showed 68 percent no longer had suicidal thoughts after ketamine treatment and 82 percent had diminished suicidal thoughts. She said there were no suicide attempts, emergency room visits, or hospitalizations from the time of treatment through follow-up four weeks later. She charges patients $502 for ketamine.

Dr. Vincent Carlesi, an anesthesiologist and pain management specialist in Stamford and Ridgefield, is among other physicians who offer intravenous ketamine. Patients with depression are referred by psychiatrists, said Robin Asken, the practice’s manager. She wouldn’t provide numbers, but reported seeing “a marked improvement in quite a few of the patients.” The charge is $850 per infusion, which is typically not reimbursed by insurance, Asken said.

Dr. John Krystal, psychiatry chair of the Yale School of Medicine, said that “it is very moving to hear the stories of people who have been depressed for many years, who have tried multiple treatments without success, and then to hear how they had their first good clinical response to ketamine, often within 24 hours of their first doses.”

He said people have told him it saved their lives.

Yale medical school’s first ketamine study was at a clinic it ran at the Connecticut VA in 1995 and 1996. Five years ago, it established a ketamine clinic at Yale New Haven Hospital and last year, it opened a new ketamine program at the VA, Krystal said.