Bit by bit, regulation by regulation, the Trump administration – followed by a notable list of states — has been shrinking women’s access to birth control and abortion services. From packing the courts with anti-choice judges to repeated (failed) attempts to defund Planned Parenthood, the White House has done its best to push reproductive freedom off the table.

So, when a Connecticut hospital and two neighborhood health

centers announced plans to collaborate and become the New Haven Primary Care Consortium, the conversation quickly turned to women’s reproductive health—as it should.

Health care centers and hospitals operate with a slew of regulations—and federally qualified health centers (FQHCs) even more so, particularly around reproductive health and abortion services. The health centers in the deal, Fair Haven Community Health Care and Cornell Scott-Hill Health Center, can provide family planning services through the federal program Title X, but those organizations are restricted from providing abortion services.

Hospital and clinic officials say the move will reduce repetition of services, though the collaboration would take health care services out of the neighborhoods. Among other things, opponents of the new arrangement worry about how low-income patients without cars will get to Long Wharf.

The state Office of Health Strategy has asked for more details on the plan. 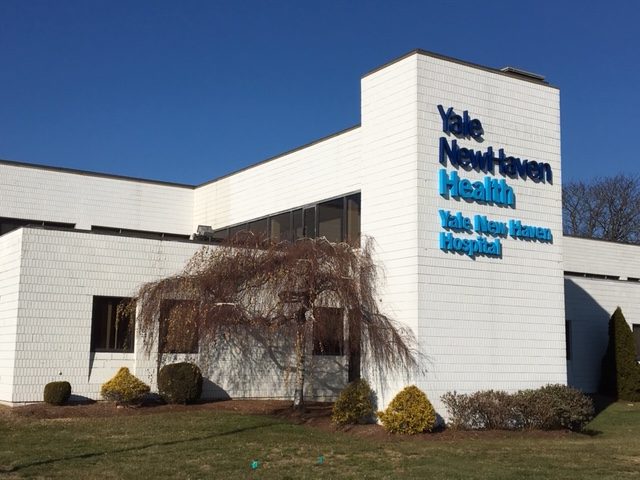 In this climate, any move that could further restrict low-income women’s access to abortion services is troublesome. Study after study shows that restricting a poor woman’s ability to have an abortion limits that woman’s ability to climb out of poverty. And yet, earlier this year, in addition to all the other restrictions raining down from D.C., the Trump administration suggested implementing a decades-old gag rule that would prevent pregnant Title X patients from receiving counseling about all their options, and would prohibit referrals to abortion providers. President Reagan first suggested this rule. It was never actually implemented and should be retired forever. Such a rule hurts everything from the health of low-income women, to the world fight against AIDS.

Connecticut law requires that the organizations in a proposed merger prove that such a merger won’t take health care away from vulnerable populations. The health centers, as three Yale University law school students testified at a 3 ½ -hour hearing on the proposal last month, must follow federal guidelines regarding abortion.

The law students testified at the hearing because, said Rachel Kogan, one of the students and a member of the law school’s Reproductive Rights and Justice Project Clinic “We felt the hospital had not adequately identified or addressed concerns that the move would jeopardize access to reproductive health care, including abortion counseling and care.”

Details of the merger are fairly specific in other areas, said Kogan, but woefully lacking when it comes to what happens to abortion services. Meanwhile, the U.S. abortion rate is at an all-time low, especially among teenagers. According to a recent report from the Centers for Disease Control and Prevention, between 2006 and 2015, the number of reported abortions decreased by 24 percent. That’s good news for everyone, but restricting access to medically sound abortion services is never the answer. Education and access to affordable birth control is.

The Yale law students are right: This merger needs a lot of attention.

Susan Campbell is a distinguished lecturer at the University of New Haven. She can be reached at slcampbell417@gmail.com