A growing number of reproductive-age women are taking prescription medication to treat attention-deficit/hyperactivity disorder (ADHD), data show, but doctors warn the effects of such drugs on pregnancies are largely unknown.

The number of privately insured women nationwide between the ages of 15 and 44 who filled a prescription for an ADHD medication soared 344 percent from 2003 to 2015, from 0.9 percent to 4 percent, according to Centers for Disease Control and Prevention (CDC).

ADHD medication use increased among all age brackets within that group and in all geographic regions, data show. 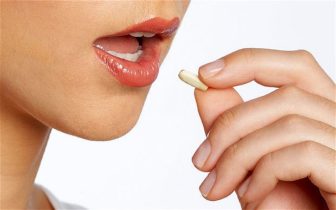 “Half of all pregnancies in the United States are unplanned, and women may be taking prescription medication early in pregnancy before they know they are pregnant,” Coleen Boyle, director of the CDC’s National Center on Birth Defects and Developmental Disabilities, said in a statement. “Early pregnancy is a critical time for the developing baby. We need to better understand the safest ways to treat ADHD before and during pregnancy.”

ADHD, a disorder that makes it difficult to pay attention and control impulsive behaviors, is commonly diagnosed in children but can extend into adulthood. About 10 million adults have ADHD, according to the National Resource Center on ADHD. It can be associated with depression, mood or conduct disorders, substance abuse, and difficulties with executive function and working memory in adults.

While medications—typically stimulants—can provide a great deal of help for those living with ADHD, childbearing-age women should proceed cautiously, experts warn, because the drugs’ effects on pregnancies and fetuses have not been researched much.

While anyone taking ADHD medications should be aware of side effects and consequences, women of childbearing age should be especially careful, said David Ezell, CEO of Darien Wellness, who treats clients with ADHD.

“Women who are trying to get pregnant should be mindful of any and all prescription meds and supplements, as they could affect the fetus detrimentally,” Ezell said.

Those who want to stop a medication should speak to their prescriber about possible alternatives, said Dr. Bollepalli “Bo” Subbarao, attending psychiatrist at Hartford Hospital’s Institute of Living and vice president of the Connecticut State Medical Society. Non-stimulant and non-medication options are available, he said.

To ensure they are on the best course of treatment, patients need to be proactive and have an honest conversation with their prescriber, which often doesn’t happen, he said.

According to the CDC, which examined a database of women with private health insurance, the most frequently filled ADHD prescriptions in 2015 were for amphetamine salts, lisdexamfetamine and methylphenidate.

All three of those medications are stimulants, and the manufacturers of each advise women to consult a doctor about using the drugs while pregnant. All three are pregnancy Category C drugs, which, according to the U.S. Food and Drug Administration, means: studies on animals have shown an adverse effect on a fetus and there are no adequate and well-controlled studies in humans, but potential benefit may warrant their use in pregnancy despite potential risks.

While it is increasingly common for women to be prescribed ADHD medications, pregnancy-related research remains scarce, according to the CDC.

A study published in December in the journal JAMA Psychiatry found that infants of mothers who took methylphenidate during the first trimester had a 28 percent increased prevalence of heart malformations compared to those who weren’t exposed to the drug. Two other studies published in November found that babies exposed to ADHD drugs in utero had higher instances of Neonatal Intensive Care Unit (NICU) admissions; seizures; and congenital hypotonia, which is decreased muscle tone, compared with babies who weren’t exposed.

“The dialogue that has to go on between the patient and the prescriber may not be happening adequately,” he said. “I take this as a very serious matter; I’m very careful in terms of initiating anyone on any type of medication.”

The decision to stop a medication should be made in consultation with a health care professional and stimulants used to treat ADHD should never be stopped cold turkey, Subbarao said.

“It has to be gradually tapered and the person has to be monitored more frequently,” he said. Stopping a stimulant suddenly can lead to withdrawal symptoms such as severe depression, a return of previous ADHD symptoms, and even suicidal thoughts, Subbarao said.