About half of Connecticut hospitals—15 out of 31—will lose part of their Medicare payments in 2018 as a penalty for having relatively high rates of patients who acquired preventable injuries and infections while hospitalized.

The hospitals are among 751 nationwide that will lose 1 percent of their Medicare reimbursements in this fiscal year. The penalties are part of the Centers for Medicare and Medicaid Services’ (CMS) Hospital-Acquired Condition Reduction Program, which is part of the Affordable Care Act. 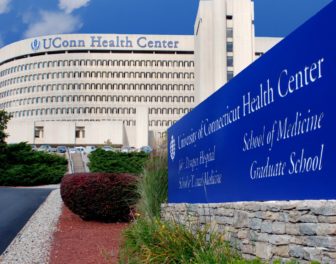 UConn John Dempsey Hospital has been penalized by Medicare all four years.

The program penalizes hospitals with the highest rates of patients who got infections from hysterectomies, colon surgeries, urinary tract catheters and central line tubes. It also tallies those who suffered from blood clots, bed sores or falls while hospitalized.

The 15 Connecticut hospitals penalized mark a slight uptick from the 14 that were penalized in the 2017 fiscal year, according to the data reported by Kaiser Health News.

“Any safety issue or hospital-acquired condition is one too many,” said Dr. Mary Cooper, chief quality officer and senior vice president for clinical affairs at the Connecticut Hospital Association. “Connecticut hospitals have always been dedicated to providing excellent quality care to patients. While we are making progress, we recognize that there is still work to be done, and are committed to continuously improving safety, quality of care and patient satisfaction.”

All hospitals in the state have adopted “high reliability” standards intended to reduce instances of preventable patient harm, which Cooper said “is changing the way healthcare is delivered and is saving lives every day.”

Of the 15 Connecticut hospitals that received penalties for 2018, six have been penalized in all four years since the program launched, according to CMS data. They are Bridgeport Hospital, Connecticut Hospice Inc. in Branford, Hartford Hospital, UConn John Dempsey Hospital in Farmington, Windham Community Memorial Hospital and Yale New Haven Hospital.

Others on the list for penalties in 2018 were MidState Medical Center in Meriden, Norwalk Hospital Association, Rockville General Hospital in Vernon and Waterbury Hospital.

While many hospitals are making progress when it comes to patient safety, more needs to be done, said Lisa Freeman, executive director of the Connecticut Center for Patient Safety. 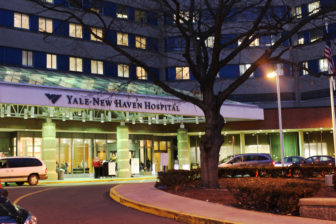 Yale New Haven Hospital is among the 15 hospitals penalized.

Cooper noted that by law the program must impose penalties on the lowest-performing 25 percent of hospitals ever year, “so even when hospitals are improving, one-quarter of all hospitals will still be subject to payment reductions.”

There are seven Connecticut hospitals that have never been penalized under the program. They are: Bristol Hospital,  Griffin Hospital in Derby, The Hospital at Hebrew Senior Care in West Hartford, Milford Hospital,  Sharon Hospital,  St. Vincent’s Medical Center in Bridgeport and William Backus Hospital in Norwich.

The CMS program is controversial and some hospitals have claimed in the past that it unfairly puts certain hospitals at a disadvantage if they treat certain populations or are “teaching hospitals.”

But, Freeman said, “Patient safety is patient safety. It shouldn’t matter what kind of hospital you are at.”

She hopes hospitals that have made improvements will share their successes and strategies with other hospitals.

“There is so much to learn from each other, and it can be done,” she said.