A few years ago, patient navigators at Project Access-New Haven set out to see if they could change the course of health care treatment for some Medicaid patients who frequently used emergency rooms.

They contacted emergency departments at Yale New Haven Hospital and its Saint Raphael campus and enrolled 100 patients in their study in 2013. Those selected had visited emergency rooms four to 18 times in the past year for chest pain, abdominal pain or chronic migraines, among other ailments. 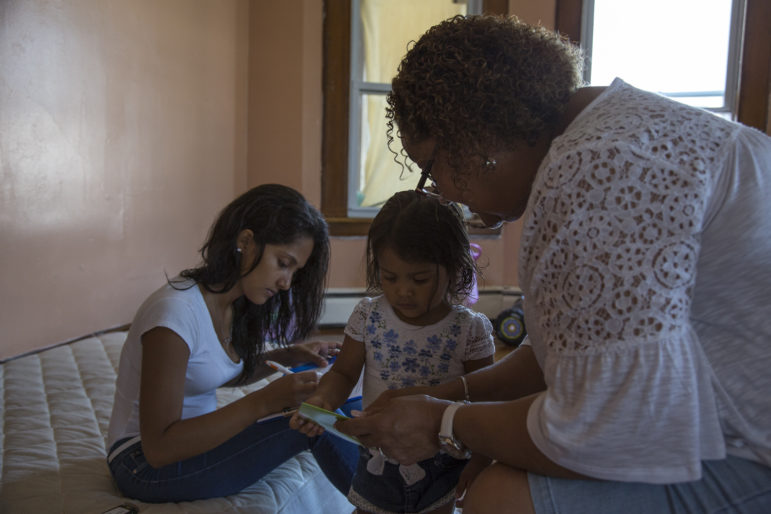 The navigators at Project Access coordinated health care for the patients. They scheduled appointments with primary care physicians, provided reminders, accompanied patients to physician visits and followed up to ensure compliance with the prescribed treatment.

The preliminary results were eye-opening: “We saw an average cost reduction of $153 per member per month,” said Dr. Roberta Capp, assistant professor, Department of Emergency Medicine at the University of Colorado Denver, and lead investigator of the study.

Over the intervening six-month period, the use of emergency rooms dropped 22 percent among patients in the study, and the number of times they were treated and admitted to hospitals dropped 48 percent, compared with the control group of 51 patients, who received no help from navigators.

Yet, in part because of funding, they are sorely underutilized.

“My organization is entirely grant-funded, and grant money is thin-spread,” said Darcey Cobbs-Lomax, executive director, Project Access. “On top of that, we don’t currently have a state budget. So, I no longer have my $200,000 state contract, which was paying for our patient navigators’ salary.”

Project Access was able to retain its navigators, thanks to its rainy-day fund. “But I know organizations that on July 1 had to let go of [their community health workers].”

Consequently, the foundation asked the University of Massachusetts Medical School’s Center for Health Law and Economics to design four models based on successful programs nationally that use community health workers and would achieve a positive return on investment if implemented in Connecticut.

The study, published in this year, modeled four potential programs and their outcomes over three years:

The current fee-for-service model, where payment is made to providers for each service offered – whether a test or a doctor visit – is another barrier to hiring and retaining community health workers, said Cobbs-Lomax.

Thirty-four states, including Connecticut, are working with the Centers for Medicare & Medicaid Services to lower health care costs and improve outcomes. At present, the State Innovation Model (SIM) is working on payment reform, but “there’s not really a way to fit CWHs in,” said Cobbs-Lomax.

This year, the legislature approved a bill to study the feasibility of creating a certification program for community health workers. The bill, signed by the governor, took effect Oct. 1.

“Most doctors’ offices don’t have the time and the staffing for care-coordination, which is critical in chronic disease management,” said Dr. Veena Vani, a Glastonbury-based physician. “That’s where care coordinators can make a big impact by educating patients and ensuring compliance.”

“We are hopeful for a day where health providers, hospital systems and payers align their work in ways that incorporate CHWs into the health care team to lead to better outcomes,” said Tekisha Dwan Everette, executive director, Health Equity Solutions Inc., Hartford. 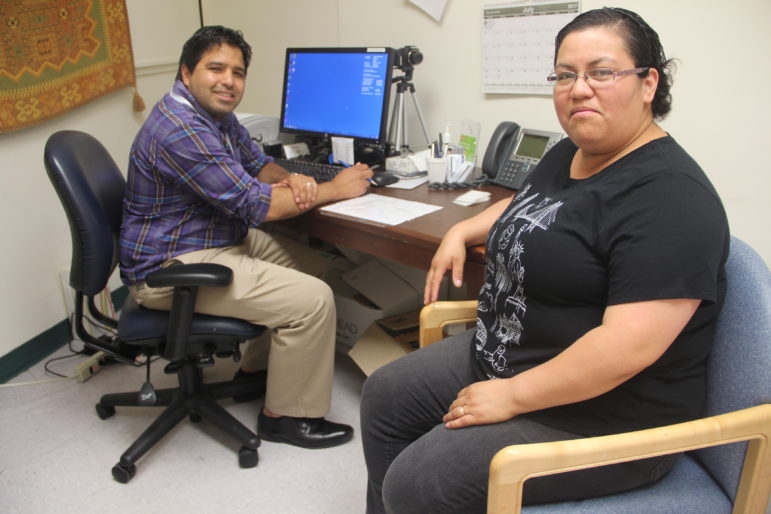 Jova Perez, a mother of two from New Haven, has a consultation with navigator Juan Carmona, who is guiding her through her breast cancer treatment and follow-up care.

A community health worker helped Jova Perez, a mother of two from New Haven, who was diagnosed with breast cancer at a community health clinic last year. Perez, who is uninsured and does not speak English, was referred to Project Access, where navigator Juan Carmona put her under the care of volunteer oncologists, surgeons and radiologists.

“There are language barriers, understanding the treatment and access to doctors,” said Carmona. “It’s a lot for a patient to handle.”

Said Perez: “I don’t know what I would have done without all of them.”

Providers note that it’s not enough to treat patients medically unless other problems are fixed.

“Fifty-five percent of our patients live at or below the poverty line,” said Lauren Kelley, director, Research and Evaluation at Project Access. “Many have low levels of formal education and health literacy, and experience food insecurity and homelessness.”

“We have knowledge of how the community lives, and we know how to connect with them,” said Seguinot.