As the opioid epidemic deepens, Yale researchers say starting treatment with medication is the most cost-effective way to treat patients in hospital emergency departments.

People with opioid addiction often seek treatment in EDs for overdoses and other ailments. Those who receive buprenorphine, a medication that reduces drug cravings, in the ED incur lower health care costs over the following month than those who get a referral to treatment services or receive a brief intervention with a facilitated referral, according to a new analysis of a randomized clinical trial.

The analysis, published today in the journal “Addiction,” compared the estimated health care costs for patients over the 30 days following their ED visit. Those costs included ED care, addiction treatment, inpatient and outpatient costs and medications.

“On average, the costs were lowest in the ED-initiated buprenorphine group,” said Susan Busch, professor of health policy at the Yale School of Public Health and first author of the study. “Those patients did not use additional health care resources, but had better outcomes.” 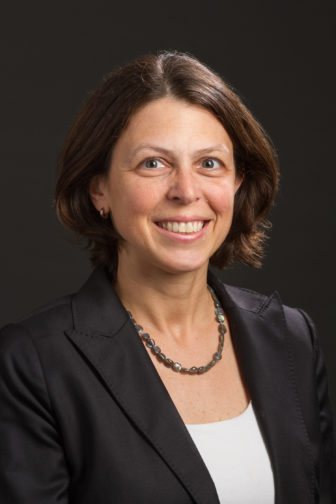 Susan Busch of the Yale School of Public Health.

Additionally, patients who started the medication in an ED were almost twice as likely to be enrolled in addiction treatment, and used opioids for fewer days, during the 30 days following their ED visits, researchers found.

The analysis included 244 people who arrived at Yale New Haven Hospital’s ED and screened positive for opioid use disorder, Busch said. Similar studies are now being done in other hospital EDs to see whether they produce similar results.

The findings at Yale New Haven Hospital are significant, Busch said, because relatively few people with opioid use disorder receive treatment, and even fewer receive the most effective treatments like buprenorphine.

“The medication is fairly widely used” among those who seek treatment, she said. But “only about 20 percent of people with opioid use disorder are in treatment, which is woefully low. Many people that have this disorder are just simply not in treatment.”

Patients who begin buprenorphine in an ED setting typically continue it on an outpatient basis, she said.

The new findings could have a significant impact in Connecticut, where emergency departments treat a relatively high number of opioid-related cases.

In the fourth quarter of 2014, the most recent data available, there were 246 opioid-related ED visits per 100,000 people in Connecticut. That’s well above the national rate of 183 per 100,000 people during the same quarter, according to the federal Agency for Healthcare Research and Quality.

Connecticut, like the nation, has seen its number of opioid-induced ED visits soar in recent years. Back in the first quarter of 2005, for instance, the state saw 163 visits per 100,000 people while the national rate was 83 per 100,000.

A previous analysis of the Yale study, released in 2015, found that patients treated in EDs for opioid-related problems with buprenorphine fared better than those who merely were referred to treatment programs.

The new analysis, Busch said, shows physicians, insurers and others who may worry about costs that the medication’s benefits outweigh its price tag.

“We know that the opioid epidemic has devastating consequences for individuals, yet many people are not in treatment,” said Busch. “This is one high-value, effective way to get people the help they need.”