On the surface, it looks as if Connecticut children fare pretty well. According to the annual Kids Count report from The Annie E. Casey Foundation, the state ranks fourth in education, third in health, and sixth in overall well-being for children. The foundation pointed to nearly universal health insurance—97 percent—for Connecticut’s children as a major contributor to the state’s high ranking.

Of all the states, Connecticut also had the lowest rate of deaths among children ages 1 to 19: 15 deaths per 100,000 children.

But that’s not the entire story, not by half.

As with any time Connecticut’s wealth, well-being, or the price of its real estate is measured, the wealth along Connecticut’s Gold Coast—where commuters bring home big paychecks from the New York City metropolitan area—skews the results. 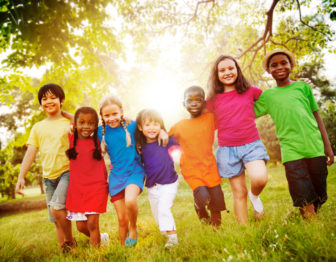 The state ranks sixth in overall well-being for children.

In fact, the Nutmeg State has one of the country’s largest gaps between the haves and the have-nots. Connecticut is one of the country’s two most unequal states (New York is the other one). Nationwide, the top 1 percent of income earners makes 25.3 times more than the bottom 99 percent, according to a 2016 Economic Policy Institute report. In Connecticut, incomes of the top 1 percent wage-earners are 42.6 times greater than the bottom 99 percent.

From the same data, the top-to-bottom ratio for Fairfield residents is 73.7 percent. In fact, there are five Connecticuts: wealthy, urban core, rural, suburban, and urban periphery—and which one is home very much determines a child’s well-being, according to a report from the Connecticut Association of Human Services, a non-profit that since 1910 has worked to end poverty in the state.

That’s no small challenge, given the disparities here.

Wealthy Connecticut—Fairfield, Easton, Weston, Wilton, and New Canaan—has a median household of $140,262. Home ownership is at 85 percent, and almost 90 percent white. There, schools offer more opportunities such as field trips and college preparation for its older students.

Compare that to Hartford, with a median household income of $37,426, where neighborhood schools remain remarkably segregated, and thousands of students attend schools that The Atlantic Monthly magazine said “are among the worst in the country.”

But “even Greenwich has poverty,” said Heather Petit, policy analyst at the state’s Commission on Women, Children and Seniors. “We have pockets of poverty, and then a really wealthy neighborhood right over there.” So separating data rather than looking at the state as a whole is just one way to understand Connecticut’s poverty.

Predictably, the state also has a stark achievement gap among its students. (If you want to explore your own school district’s gap, go here. The data is from 2015.) The state has an achievement gap task force with a goal of closing the gap in three years, by 2020.

That’s no small challenge, either. Last September, Superior Court Judge Thomas G. Moukawsher called the state’s school funding system “unconstitutional,” and ordered a review. Moukawsher reiterated a legal point that’s been lost over the years, that the state—not municipalities—is responsible for the education of its children. Town-centric funding leads to the kind of disparity where Greenwich spends $6,000 more per pupil per year than does Bridgeport.

(The case is before the state Supreme Court.)

News accounts of the ruling called it “divisive,” as well it should be. One national report says that poor students in states such as Mississippi and Arkansas do better in school than poor students in Connecticut. But as Petit says, despite a challenging budget, Connecticut legislators support the state’s families. They’re willing to be innovative.

We aren’t going to solve our achievement gap with Band-Aids. It will take—as always—significant systemic change. Only then can the strong showing on national reports from organizations like the Casey Foundation reflect the lives of Connecticut’s children—all of them.