Low-income women in Connecticut who have just given birth and know they don’t want to get pregnant again anytime soon are now offered a long-acting birth control option postpartum.

Medical providers say the policy by the U.S. Department of Health and Human Services will reduce the number of unplanned pregnancies, as well as lead to better maternal health outcomes by ensuring pregnancies are spaced a healthy length of time apart. 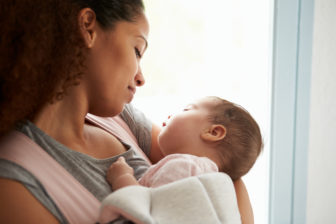 “It’s a great thing,” said Dr. Elizabeth Purcell, an obstetrician and gynecologist practicing in Hartford. “It will encourage more practitioners to encourage this as an option. The continuation rates [of using birth control] are much higher when you place it immediately postpartum.”

Women who have given birth typically discuss birth control options with their obstetricians at a six-week-postpartum appointment at their doctor’s office. Allowing them to get a LARC right in the delivery room, Purcell said, removes an obstacle to timely birth control.

“Especially in populations where you might not get women coming back [to their doctor] after delivery in a timely fashion, this is a great way to avoid delay of care and delay of access,” agreed Dr. Setul Pardanani, attending physician and OB/GYN at Stamford Hospital and ambulatory director for OB/GYN at the Optimus Clinic in Stamford. “I definitely think it’s a good thing.”

It’s too soon to tell how popular the option is in Connecticut; there are no data available on how many women have gotten LARCs immediately postpartum, said David Dearborn, spokesman for the state Department of Social Services. The state’s Medicaid program, Husky, covers the cost once hospitals submit claims seeking reimbursement.

“New services like this can take a while for providers to begin the billing process,” Dearborn said, and other lags in the claims process cause delays. “It’s a somewhat new development and not yet in the mainstream of hospital services and claiming.”

Nationally, about half of all pregnancies are unplanned, according to a 2011 study by the U.S. Centers for Disease Control and Prevention (CDC). Unplanned pregnancies are most common among teenagers, unmarried women, black women and women with little education or income, data show. In Connecticut, there were 32,000 unintended pregnancies in 2010, the CDC reports.

Their popularity has grown, in part, because the free birth control provided under the Affordable Care Act has eliminated the cost barrier previously associated with LARCs, said Dr. Nancy Stanwood, director of fellowship in family planning at Yale School of Medicine’s Department of Obstetrics, Gynecology & Reproductive Services.

“It used to be a pocketbook issue,” she said.

Even for women who want a future pregnancy, IUDs or subdermal implants can help ensure they don’t become pregnant too quickly, Stanwood said.

“It’s really important to space pregnancies,” she said, and there should be 18 months between when a woman gives birth and when she next conceives. A shorter timeframe, she said, can elevate risks of premature delivery and other fetal and maternal complications.

LARCs offer women the best odds, other than abstinence, of preventing pregnancy, she said.

One caveat, doctors said, is that IUDs inserted immediately postpartum have a higher rate of expulsion than those inserted later.

But even with a higher risk of expulsion, having an IUD placed immediately postpartum is still better than having no birth control, Pardanani said.

It’s also not fully clear how IUDs—of which there are two types, copper and hormone-releasing—affect nursing mothers, Purcell said.

Even with the risks and unknowns, doctors agree having a LARC inserted right after giving birth is beneficial for many.

Having it done in the hospital makes sense, Stanwood said, because by the time women see their doctor for a six-week-postpartum visit they may be distracted by juggling a return to work, family responsibilities and life with a newborn. They also could be unexpectedly pregnant again, she added.

“Sometimes ‘later’ is too late,” she said.