Stephanie Almada’s journey to opioid addiction began with a prescription to relieve her premenstrual symptoms and accelerated after she had a cesarean section.

“The pain pills came, you know, very quickly and I had bottles at home anyway,” she said. “And then it became energy for me. It became the way I coped with life.” Today Almada, 44, is a peer recovery specialist at Wheeler Clinic in Plainville, where she helps women get off opioids.

Americans are using opioids at record rates. Between 1999 and 2015, the number of prescriptions written for opioids in the United States nearly quadrupled, as did the number of opioid overdose deaths, according to the U.S. Centers for Disease Control and Prevention (CDC). In Connecticut, the CDC has tracked a high toll: Fatal overdoses from synthetic opioids increased 125 percent between 2014 and 2015.

In our podcast, sponsored by Wheeler Clinic,  Stephanie Almada reflects on her journey to recovery and Wheeler Clinic’s Jessica Smith discusses the difficulties women face with overcoming addiction.

Over the past two years, the deaths of 423 women in the state were related to drug use. Nationally, more women than men are initiating opioid use, according to the Substance Abuse and Mental Health Services Administration. Women are often prescribed opioids in high doses over longer periods of time, which often results in addiction progressing quickly, experts say. And women usually face a variety of barriers that keep them out of treatment.

Jessica Smith, senior director of adult outpatient services at Wheeler Clinic, describes a perfect storm that makes women vulnerable to opioid addiction. An estimated 50 million American women suffer from some form of chronic pain, according to Smith, and women are more likely to seek treatment for those problems than men. Their experiences in the health care system are different too. Women are prescribed opioids at higher dosages for longer periods than men typically are, Smith said.

Opioids can lead to rapid addiction, according to Patricia Rehmer, senior vice president at Hartford HealthCare and president of the Behavioral Health Network.

In as little as two weeks— a common prescription duration—addiction can take hold, Rehmer said. Middle-aged white women are “pretty good doctor shoppers,” she said. So they can get new prescriptions, even in damaging combinations. For example, benzodiazepines, such as Xanax, are commonly prescribed to women to manage menopausal symptoms. Taking them with certain opioids can be fatal, Rehmer, the former commissioner of mental health and addiction services, said.

Women also are prone to something called the “telescoping effect,” Smith said. They suffer physical harm from these drugs more quickly, just as female alcoholics progress into heart damage and cirrhosis of the liver faster than men. 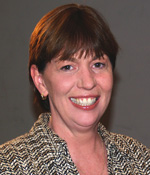 Habitual users build up a tolerance, meaning they will need a higher and higher dose of the same drug to experience pain relief. If the prescriber stops the flow of drugs to the patient, she has three choices: addiction treatment; buying the pills on the street at exorbitant rates; or heroin.

Jack Malone has been in the addiction treatment business for 22 years, serving a population with little to no resources. For most of that time, the heroin addicts he served were young men of color raised in poverty.

But the past decade has seen growth in heroin use by white suburbanites—teens and women—who started with prescription pills either snuck out of the household medicine cabinet or prescribed by a clinician, said Malone, who is executive director of the Southeastern Council on Alcoholism and Drug Dependence. When money for pills runs out, people turn to “the disgraceful thing that you never thought you’d do, and that’s stick a needle in your arm.”

Opioids are a family of drugs that bind to opioid receptors, blocking pain signals and producing a high. Along with a number of prescription pain relievers, the class of drugs includes heroin.

The rise in opioid use follows a shift in how Americans as a whole and the medical profession view pain. “It seems that we’re a society that expects not to feel any pain,” Rehmer said.

The Centers for Medicare and Medicaid Services (CMS) now tracks how hospitals manage pain, Rehmer said. CMS is the nation’s largest payer of health care services and has enormous influence over practice. Hartford Healthcare’s addiction programs offer alternative ways to cope with pain, such as yoga and meditation, she said. Insurance pays for medication but generally not for these complimentary therapies. So either the patient or the provider takes a financial hit if this safer route to pain treatment is taken.

Women seeking to quit heroin or opioid addiction have generally suffered more harm than men, according to Malone. “Women who show up for treatment have far more needs and far more problems,” he said. “If you’re living in that world, you’ve probably been abused sexually, physically, financially and psychologically.” Treatment for women must be trauma-informed.

Even a woman whose addiction is confined to pills enters treatment carrying a heavy load, according to Smith. “She’s got complex medical conditions. She’s got co-occurring psychiatric conditions with the substance use disorder. Attention needs to be paid to all of those in an environment that understands who women are,” she said. A 2011 study showed that women being treated for opioid addiction had significantly more current and past medical problems than male addicts. 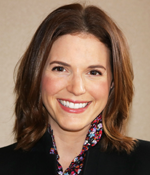 Women wait longer to get treatment because of their role as caregivers, particularly as mothers. Sometimes the barriers are logistical, such as having no one to watch the children during a multi-day stay in detox. Often custody is the issue. “They believe their children may be taken away because they have a problem,” Smith said, “a problem that started simply with having a physical health condition.”

For Almada, fear of losing her children led her to treatment. When she showed up high to pick up her daughter from daycare, the state Department of Children and Families got involved. “DCF saved my life,” she said.

Almada entered a program at Wheeler exclusively for women. That mattered, she said. “I started hearing all those women with the same hurts I had, the same barriers.”

She described herself as a “high functioning addict,” who could keep up appearances while using. But toward the end of her active addiction, relationships suffered. Connecting with other women helped her get and stay clean.

Today she embraces continuing her education, taking pride in her daughters’ schoolwork and walking with other women toward a life beyond opioids. “I found my recovery community,” she said.

If you missed our forum, Working Women: The New Face of Addiction, you can view it here thanks to CT-N Connecticut Network.

One thought on “Women At Higher Risk For Opioid Addiction, Face Treatment Barriers ”