Observing the brain activity of preschool children with autism can help predict their response to treatment for the disorder, according to a study by Yale University researchers.

The finding is groundbreaking because it can help match children with a treatment that will work for them, said Pamela Ventola, senior author of a study published today in the journal Translational Psychiatry.

“We hope that we can use this information to better develop treatments for autism and better match kids with autism to a treatment that’s going to work for them,” said Ventola, an assistant professor at the Yale Child Study Center. 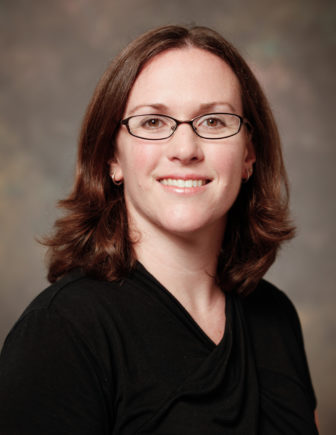 In the study, researchers worked with 20 autistic preschoolers for 16 weeks, for seven hours each week. During sessions, children underwent pivotal response treatment, a well-established behavioral treatment for autism that dates to the 1970s and is play-based. The treatment is intended to help improve communication, language and social behaviors.

Using those scans, researchers accurately predicted which children would respond well to pivotal response treatment based on “a complex pattern of [brain] activation” evident in the scans, Ventola said.

Study participants had fMRI scans taken again after treatment concluded, and researchers used the brain activity captured in that scan to assess whether the treatment had worked—in essence, whether activity in the social part of the brain had increased.

The discovery could have major implications in how autism is treated, Ventola said, because until now there has been “no way to predict outcomes” or match children with a treatment that will work.

“Treatments don’t work for everybody, and outcomes differ tremendously,” she said.

The new finding, if applied more broadly, has the chance to save families with autistic children time, money and frustration, she said. The lifetime cost of supporting someone with autism can range from $1.4 million to $2.4 million per child, Ventola said.

The 20 children who participated all lived within roughly a one-hour radius from New Haven. Ventola said conducting the research on preschoolers was important because at that young age “the developmental window is so crucial.”

Daniel Y.J. Yang, who previously was at Yale but now works at the Autism and Neurodevelopmental Disorders Institute at George Washington University, was lead author of the study.

Autism Speaks and Women’s Health Research at Yale were among the study’s primary funders, along with the Deitz family and Esme Usdan and family.