More than 60 medical experts, state health directors and advocacy groups have asked federal Medicare officials to remove questions related to pain treatment from hospital patient surveys that are used to rate hospital quality, saying such questions “have had the unintended consequence of encouraging aggressive opioid use in hospitalized patients and upon discharge.”

In a letter to Andy Slavitt, acting administrator of the Centers for Medicare & Medicaid Services (CMS), the group said “aggressive management of pain should not be equated with quality healthcare, as it can result in unhelpful and unsafe treatment, the end point of which is often the inappropriate provision of opioids.” The coalition asked that CMS survey questions such as “During this hospital stay, how often was your pain well controlled?” be removed. 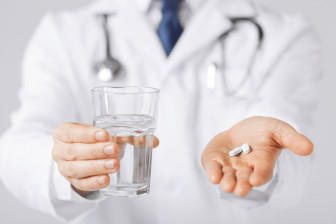 The group sent a similar letter to the Joint Commission, which accredits U.S. hospitals, asking that it revise its pain management standards – specifically, guidelines directing doctors to ask patients to assess their pain, as they assess other “vital signs.”

“Mandating routine pain assessments for all patients in all settings is unwarranted and can lead to overtreatment and overuse of opioid analgesics,” they wrote.

The letters come as Connecticut and other states grapple with a surge in opioid-related overdoses. Last week, U.S. Sen. Richard Blumenthal, D-Conn., joined several other senators to support a bill that would factor-out the pain-related questions on patient surveys from hospitals’ Medicare reimbursement determinations.

Meanwhile, at the state legislature, the Public Health Committee has proposed a bill that would cap initial prescriptions of opioids to seven days for acute pain. The legislation would allow a prescriber to exceed the seven-day limit if a patient needed the medication to treat chronic pain, but the condition triggering the opioid prescription would have to be documented in the medical record, and the practitioner would have to attest that there was no other alternative to address the pain.

The letters to Medicare and the Joint Commission were signed by physicians, addiction specialists and health directors from across the country, including the commissioners of the Vermont and Pennsylvania health departments.

The only signatory from Connecticut was Gary Mendell, founder and CEO of the Norwalk- and New York City-based non-profit Shatterproof, which focuses on addiction. Mendell said Thursday he believes that because hospitals want good CMS survey results, doctors and nurses may be paying too much attention to managing patients’ pain, when it may not be necessary.

“If you’re rated in terms of how you handle (patients’) pain, then you as a doctor or nurse are probably more likely to ask about pain” and offer medication, he said.

Mendell noted that in the last 15 years, sales of prescription opioids in the U.S. nearly quadrupled — but there has not been an overall change in the amount of pain Americans report. In 2012, health care providers wrote 259 million prescriptions for opioid pain medications, enough for every adult in the U.S. to have a bottle of pills.

Prescription opioid overdose deaths have similarly climbed over the last 15 years. According to the CDC, more than 165,000 people died from overdoses related to opioid medications from 1999 to 2014.

Opioid-related deaths also have surged in Connecticut. In 2015, more than 60 percent of the state’s 723 overdose deaths involved opioids, according to statistics from the state medical examiner’s office. An estimated four out of five heroin addicts started on prescription drugs, research has shown.

Mendell said he was optimistic that the state’s seven-day opioid prescription limit law would pass – similar to a bill recently approved in Massachusetts.

Last month, the CDC released guidelines recommending, among other things, that when opioids are used for acute pain, clinicians should prescribe “the lowest effective dose of immediate-release opioids and should prescribe no greater quantity than needed for the expected duration of pain severe enough to require opioids. Three days or less will often be sufficient; more than seven days will rarely be needed,” the CDC guidance says.