The federal Medicare program rates dialysis facilities on a scale of one to five stars, based on nine measures of quality of care. The measures include mortality and hospitalization rates of patients, as well as rates of hypercalcemia, catheterization of more than 90 days, and the percentage of dialysis patients who had enough wastes removed from their blood during dialysis. 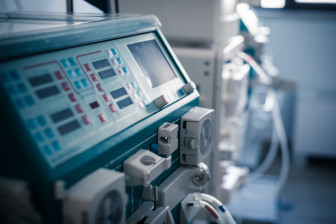 Statewide, Connecticut fares the same or better on all of the quality measures compared to national averages.

The star ratings are intended to help patients make decisions about where to go for dialysis, but some advocacy groups have criticized the system because facilities are ranked on a bell curve, which forces some centers into the lowest one- or two-star category when they might provide good care. Facilities with the top 10 percent final scores are given a star rating of five, while those in the bottom 10 percent get a rating of one star.