Connecticut has made strides in identifying and helping children who have experienced trauma – with more than 50,000 undergoing trauma screenings since 2007 – but more must be done to ensure all children’s needs are met, according to a report released today.

Those who work with at-risk youths have placed a growing emphasis on providing trauma-based care, with some encouraging results, according to the Child Health and Development Institute’s (CHDI) Impact report titled “Advancing Trauma-Informed Systems for Children.”

Giving trauma-informed care means professionals – such as child welfare workers, behavioral health specialists, those in the juvenile justice system and pediatricians – are knowledgeable about childhood trauma, its warning signs and its repercussions.

While many children in general are exposed to at least one traumatic event, trauma disproportionately impacts the lives of children involved with services such as juvenile justice and child welfare, according to CHDI.

Thanks to efforts statewide since 2007, according to the CHDI report:

• More than 8,600 professionals have been trained to understand childhood trauma.

• At least 35 community agencies or programs at 79 sites have implemented trauma screening.

• More than 700 clinicians have been trained to conduct trauma assessments and evidence-based practices.

• More than 8,700 children received a tested and proven trauma-focused treatment.

Exposure to childhood trauma – which may involve domestic violence, substance abuse or other negative experiences – is “truly a public health concern,” said Jason Lang, study author and director of dissemination and implementation at CHDI. 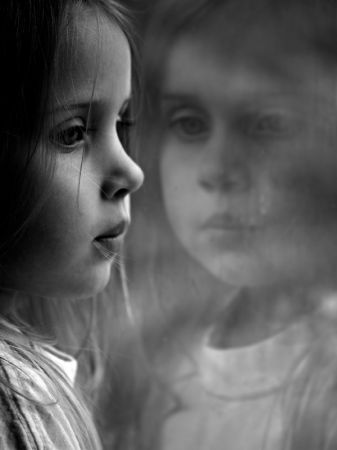 Traditionally, discussing trauma with children has been perceived as taboo, but doing so is necessary, he said. Effects of childhood trauma can last into adulthood and may result in long-term medical problems or other concerns, he said.

“Many of these children are suffering in silence,” Lang said, and for those who receive some type of trauma therapy “it can really change their trajectory.”

Various agencies and groups throughout the state have been changing the way they operate to help identify and address childhood trauma.

The state Department of Children and Families, for instance, is modifying child welfare policy and practices to incorporate knowledge about trauma. Nationally, 85 percent of youths in the child welfare system have experienced trauma, according to the report.

All DCF staff participated in trauma training and the department is examining how trauma pertains to all facets of its work, said Kristina Stevens, child and families administrator at DCF. Other departments and agencies in the state are doing the same, she added.

“None of this happens in a vacuum,” she said, adding that collaboration among agencies and groups is essential to making progress.

In recent years, staff changed their routine, she said. For instance, they now ask children and their families about potential trauma during their first call or visit with them, she said, whereas in the past the topic was brought up later in the treatment process.

“We see a significant decrease in a lot of the post-traumatic-stress symptoms (in children) by using this system,” she said. “We know this work has a really direct effect on the children who receive it.”

But even with the progress made throughout Connecticut, there remains more to be done, according to CHDI.

Among other things, the report says, “While significant progress has been made to implement trauma screening in some systems, the vast majority of Connecticut’s 784,000 children are not yet screened for trauma.”

Very few children are proactively screened, according to CHDI. Rather, in most cases, children receive screenings only after they exhibit behavioral problems or other concerns.

Left undetected, trauma can lead to various behavioral or academic troubles for children. Preemptively identifying and addressing trauma is a cheaper alternative to dealing with consequences that can be far more costly, such as multiple foster home placements or incarceration, according to the report.

To that end, CHDI makes various recommendations “to state agencies and other key partners” in the report.

Among them, the group advocates: creating a high-level trauma-informed care position at every state and community system serving children, creating a statewide plan to coordinate trauma-informed care across systems, requiring at least introductory-level trauma training for all staff who work in child-serving systems, and routinely screening children for trauma when they enter any child-serving system.

CHDI also recommends requiring, or at least incentivizing, trauma screening at pediatric practices, early care and education and schools; as well as developing standards for trauma-informed care that are specific to various professional roles.

With cost still a lingering concern, the group wants trauma screenings to be funded but also recommends completing a cost-benefit analysis of trauma-informed care to ensure the most cost-effective methods are used.

CHDI is a subsidiary of the Children’s Fund of Connecticut, and is a nonprofit that advocates for the healthy development of children.