As the federal government advocates increased use of generic drugs, concerns are mounting about the U.S. Food and Drug Administration’s oversight and the quality or effectiveness of some generics.

In the last eight months, the FDA has acknowledged that two generic versions of the attention-deficit/hyperactivity disorder drug Concerta it approved may not work as effectively as the brand-name product. The agency told the drugs’ manufacturers to confirm their effectiveness or withdraw them from the market. 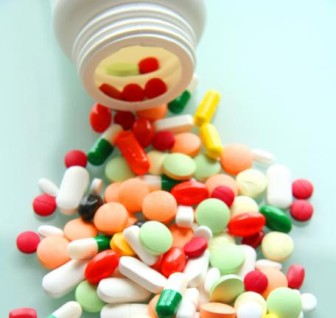 The FDA also is looking into findings by a researcher at Boston’s Brigham and Women’s Hospital that generic versions of Pfizer’s cholesterol-lowering drug Lipitor manufactured outside of the U.S. contains impurities that inhibit the drug’s therapeutic effect.

The FDA said that, as a number of popular drugs come off patent through 2015, it lacks the resources to independently police generics.

“FDA is aware that there are reports noting that some people may experience an undesired effect when switching from a brand-name drug to a generic formulation or from one generic drug to another generic drug,” the agency states on its website. The FDA “is encouraging the generic industry to investigate whether, and under what circumstances, such problems occur.”

The website adds, “The agency does not have the resources to perform independent clinical studies and lacks the regulatory authority to require industry to conduct such studies.”

“The FDA is grossly underfunded and needs greater investments in order to ensure consumer safety,” said U.S. Rep. Rosa DeLauro, who represents the 3rd Congressional District and is a former chairwoman of the agriculture appropriations subcommittee, which funds the FDA.

Brigham and Women’s researcher R. Preston Mason said that generic drugs “may suffer from poor quality or may not be as beneficial for patients” as the brand-name drugs.

More than eight in 10 prescriptions in the U.S. are filled using generic drugs, which provide cost savings over brand-name products. The Affordable Care Act, enacted in 2010, gives consumers more access to generic drugs, and the FDA in March approved its first generic biologic drug—a product from a living organism.

The agency has fielded criticism about its lack of testing of generics and quality-control problems among manufacturers in India. Bloomberg News disclosed last year that the FDA had launched a $20 million program to increase testing of generic drugs—10 times the amount of money it previously had available. That program came after the agency cited quality-control problems, fraud and manufacturing violations at facilities in India, where about 40 percent of America’s generic and over-the-counter drugs are manufactured.

The U.S. Department of Health and Human Services Office of Inspector General recently released a 2015 “work plan” that includes a planned review of how often the FDA inspects generic drug manufacturers and the enforcement actions taken when deficiencies are found.

Despite the concerns about adequate oversight, FDA officials and some consumer advocates say Americans should feel safe using generic drugs and confident about their effectiveness.

“The FDA goes to great lengths to ensure that the brand and generic drugs perform as expected,” said FDA spokeswoman Sandy Walsh. All generic drugs approved by the agency “have the same high quality, strength, purity and stability as brand-name drugs.” Manufacturing, packaging and testing sites for generic drugs must pass the same quality standards as those for brand-name drugs, she said.

According to the FDA, a generic drug is identical—or bioequivalent—to a brand-name drug “in dosage form, safety, strength, route of administration, quality, performance characteristics and intended use.”

Dr. Michael Carome, director of the nonprofit Public Citizen’s Health Research Group, said the FDA’s standards and process for approving generic drugs “are appropriate for ensuring their safety and effectiveness.” He said consumers should ask for generic drugs because they are cheaper than brand-name products.

According to the Congressional Budget Office, generic drugs save consumers an estimated $8 billion to $10 billion annually at retail pharmacies.

“If you look at drug recalls for various quality problems,” Carome said, “the number of recalls for brand-name drugs occurs at a similar, if not greater rate, compared to generic drugs.”

“Switching to an approved generic has resulted in severe problems for some patients,” and the risks of switching between different generics are not well understood, Mason said. “In principle, it is quite possible for two generic drugs to be equivalent to the innovator, but not to each other.” 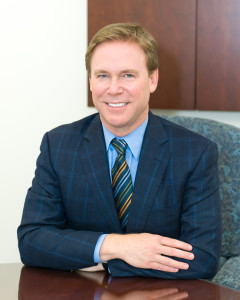 Substituting generic drugs for brand-name products “is of great concern to health care providers, principally because the development of generic products no longer requires extensive trials in patients,” Mason said. Bioequivalency standards “only require the generic drug to show bioequivalence with the brand-name drug in normal and healthy subjects, and not in the target patient population.”

Joe Graedon, who provides consumer information on The People’s Pharmacy website, said he was an “enthusiastic” booster of generic drugs for more than 25 years, until he received many complaints from patients. He criticizes the FDA for not sharing with doctors, pharmacists and patients the bioequivalence data that generic drug makers are required to show to prove their products are absorbed into the blood stream at the same rate as the original brand-name medicines.

Last November, the agency expressed its concern about the bioequivalence of two approved generic versions of Concerta manufactured by Kudco Ireland and Mallinckrodt Pharmaceuticals. The Kudco name is no longer used by Kremers Urban Pharmaceuticals, which now manufactures one of the generics.

On June 8, UCB, the Belgium-based parent company of Kremers Urban, announced that Kremers Urban has submitted to the FDA final results of new bioequivalence studies and requested a meeting with the agency. Kremers Urban “plans to continue making its product available to patients,” UCB said.

Mallinckrodt spokeswoman Rhonda Sciarra said the company’s generic products “are safe and effective” and “have consistently met all quality specifications and the regulatory requirements originally defined by the FDA.” Mallinckrodt “has continued to engage with the FDA regarding a scientific evaluation of these issues,” Sciarra said.

Problems with the generic versions of Wellbutrin and Toprol XL also have been reported.

In 2013, the FDA announced that a generic version of Wellbutrin XL 300 mg, a popular antidepressant manufactured by GlaxoSmithKline, had been found not to be bioequivalent to the drug and would be pulled off the market. Walsh said some versions of the 300 mg strength were not initially tested in healthy volunteers due to the possible risk of seizures.

The FDA’s Walsh said the agency’s approach to the generic Wellbutrin issue was overly cautious.

Ohio-based cardiologist Dr. Harry Lever, who works at the Cleveland Clinic, brought concerns about the generic version of the heart drug Toprol XL to the FDA in 2012. Last year, two large Indian manufacturers announced recalls of the drug. The FDA also banned imports from a generics manufacturer in India, Ranbaxy Laboratories, in the past few years. 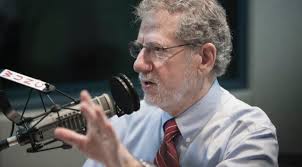 Joe Graedon of the People’s Pharmacy.

Dr. Aaron Kesselheim, associate professor of medicine at Harvard Medical School, said the FDA “needs more resources to oversee drugs made overseas in India and elsewhere.” He adds, however, that there is no evidence that drugs made in India “are poor quality or unsafe across the board, or any evidence of subpar quality generic drugs being available to any measurable extent in the U.S.”

The FDA also sends U.S.-based staff and inspectors on short-term trips “to ensure the safety of FDA-regulated products,” he said.

Dinesh Thakur, a former Ranbaxy director and whistleblower who reported the company’s falsification of data, said the 2012 Food and Drug Administration Safety and Innovation Act has given the FDA “additional tools and resources to more closely monitor the production processes” at foreign facilities. The act expanded the FDA’s authority to ensure the safety, effectiveness and quality of imported drugs.

“The question now is how—and whether—these facilities will address these lapses, fix their problems and produce good-quality products,” Thakur said. “I am not so sure that they have the intent and the capability to do so.”