U.S. Rep. Rosa DeLauro is co-sponsoring legislation that aims to change the age limit for children enrolled in the Special Supplemental Nutrition Program for Women, Infants and Children (WIC) from 5 to 6. She recently introduced a bill with U.S. Rep. Linda Sanchez of California.

The bill – called the Wise Investment in our Children Act, or WIC Act – would help eliminate a prevalent “nutrition gap” among 5-year-olds in the United States, said DeLauro.

WIC provides nutrition services for low-income children up until their fifth birthday when, according to DeLauro, it is assumed they will enter kindergarten and become eligible for free or reduced-priced school meals.

“However, many children do not enter school until well after their fifth birthday,” DeLauro said in a statement. “By expanding WIC to age 6, we close that gap and ensure children have a strong health and nutrition foundation. No children should be placed at a nutritional disadvantage simply because of where their birthday falls.”

If approved, the legislation has the potential to affect thousands of children in Connecticut. As of May 15, there were 337 children statewide receiving WIC benefits who were 60 months old, in their last month of eligibility. There were an additional 5,539 children between the ages of 4 and 5 enrolled, according to William Gerrish, spokesman for the state Department of Public Health, which oversees WIC in Connecticut. 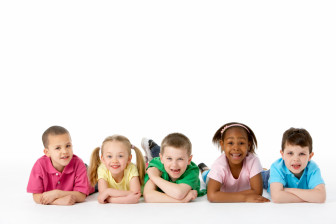 WIC has helped decrease obesity and improve overall health among children aged 2 to 5, according to Anika Thrower, site manager for the WIC program at New Haven’s Cornell Scott-Hill Health Center.

“I cannot help but wonder what other health-related gains can be celebrated if WIC were to seriously consider extending program usage,” she said. “I think Rosa DeLauro is on to something and I think we should support this legislative measure.”

Once viewed as a program providing mainly milk, cheese and infant formula to children, WIC “has evolved in leaps and bounds,” Thrower said. The program now provides low-income families with whole-grain foods, low-fat and nonfat milk, vegetables and other offerings, she said.

WIC gives federal grants to states for supplemental foods, health care referrals and nutrition education for low-income pregnant and postpartum women, and to children up to age 5 who are considered to be at “nutritional risk.”

The legislation introduced by DeLauro and Sanchez, which has more than 20 co-sponsors, would amend the Child Nutrition Act of 1966 to change the age limit.

“The nutrition gap between WIC and school shouldn’t put America’s children at nutrition, health or learning risks because of their birth dates and local rules,” Rev. Douglas Greenaway, president and CEO of the National WIC Association, said in a statement. “Continuing WIC services for children up to age 6 assures that all children are protected by WIC’s essential safety net until they enter school.”

Research has shown that children suffering from food insecurity can have difficulty paying attention in school, suffer developmental delays and struggle academically.

“Investing in mothers’ and their children’s health and nutrition is critical to a strong future for our country,” Evelyn Crayton, president of the Academy of Nutrition and Dietetics, said in a statement. “Allowing children to stay with the WIC program up to the age of 6 will ensure they are ready to learn when they enroll in kindergarten.”