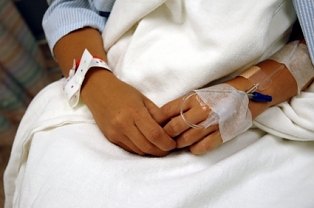 At the same time, state health department investigations of many hospital adverse events, such as patient injuries from falls, perforations resulting in disability, and death or serious injury due to surgery, have been rare, data in the report shows. For example, of 196 cases reported since 2007 in which patients were injured by a perforation during a colonoscopy or other procedure, the Department of Public Health (DPH) investigated just 20, or one in 10 cases.

The new Adverse Event Report, prepared by the DPH, marks the first time that acute-care hospitals and other medical facilities have been publicly identified by name, as they report errors that caused harm to patients.

The five hospitals with the highest rate of adverse events in 2010, calculated per 100,000 inpatient days, were: New Milford Hospital (21.4), the Hospital of St. Raphael in New Haven (19.2), Sharon Hospital (17.2), Johnson Memorial in Stafford Springs (17), and William W. Backus in Norwich (16.2).  Other hospitals, including the Hospital of Central Connecticut and Saint Vincent’s Medical Center, had above-average rates of errors over the seven-year period from 2004-2010.

Because the errors are self-reported, state officials caution that some of the variation could be due to underreporting. The state does not conduct audits of medical or death records to validate the self reports, and national studies have found underreporting is a widespread problem. One study, published last May in Health Affairs, estimated that the system used in Connecticut and other states—voluntary reporting, based on federal patient-safety indicators—missed 90 percent of all adverse events.

The DPH reviews all hospital errors but does not investigate every case. In fact, the report shows, of 1,023 adverse events included in DPH’s database since 2007, the department launched investigations in only 23 percent of cases. Of 17 cases in which patients died or were seriously injured during surgery—a newer category added in 2010—only six were investigated.

The rate of DPH investigations into reported errors has dropped over the last five years – from 27 percent in 2007-2008, to 20 percent in 2009-2011. For cases in which patients acquired painful pressure ulcers during hospitalization, the investigation rate fell from 36 percent to 8 percent.

DPH officials said they target preventable errors that may indicate systemic problems or inadequate standards of care. The decision to investigate also is influenced by how often the type of event has been investigated before, and whether DPH is satisfied with a corrective plan that must be submitted by the hospital after an adverse event is reported.

DPH spokesman Bill Gerrish said the agency “has jurisdiction to investigate when there appears to be noncompliance with regulations or professional standards of care. Not all adverse event reports fall into these categories.”

The report notes that DPH used to receive funding for physician consultants in specialties including surgery, pediatrics and orthopedics—but as of 2010, “these resources were no longer available” to support investigations.

Perforations during open, laparoscopic or endoscopic surgery were the second most common source of errors reported, with 319 cases, including 32 deaths. Serious pressure ulcers acquired during hospitalization represented the third most common event, while foreign objects left in patients after surgery or other procedures was the fourth highest incident, with 105 cases reported.

Of 126 surgical incidents reported since 2005, 26 involved surgeries on the wrong site, 11 were wrong procedures, and two involved the wrong patients. One of the wrong-patient procedures involved a needle aspiration of the chest cavity.

The DPH report notes that there were more cases of wrong-site surgery in 2010 than in any previous year—seven, as compared to two in 2009—but the agency cautioned against drawing conclusions.

“As the reported number is influenced both by the number of events and the awareness of and willingness to report events, nothing can be concluded about frequency of errors based only upon the number of reports,” the DPH said. But “regardless of whether the increase in 2010 is statistically significant, any event of this sort is a serious concern.”

Under the state’s “adverse event” reporting law, hospitals have been required since 2002 to inform the DPH whenever patients suffer certain serious unintended harm. The legislation was intended to compel hospitals to improve care and to help patients assess the quality of care. But after the first reports became public, hospitals persuaded lawmakers to rewrite the statute in 2004, limiting the kinds of adverse events that must be divulged and keeping reports secret unless they led to an investigation.

In 2010, the law was revised again, this time requiring public reporting of errors and infection rates. While the new system is an improvement, patient-safety advocates say it still doesn’t go far enough.

“We don’t know how to deal with under-reporting,” said Jean Rexford, director of the Connecticut Center for Patient Safety. “We know it happens, but what are we doing about it?” She said it was alarming that three out of four reported events were closed without an investigation.

Ten of the state’s 30 acute-care hospitals reported at least one death or serious injury due to surgery mistakes in 2010. Backus Hospital reported four such incidents and Hartford Hospital reported three, with those seven cases accounting for nearly half of the 15 cases logged in 2010.

The report indicates that while some hospitals have made headway in reducing common medical errors over the last seven years, others haven’t. Overall among acute-care hospitals, the rate of reported surgical errors rose from .97 per 100,000 inpatient days in 2006, to 1.31 in 2010. The rate of post-admission pressure sores and other care-management problems rose from 1.70 in 2006, to 2.24 in 2010, despite increased attention nationally to the problem of patients developing bed sores.

Hospitals in the state, through the Connecticut Hospital Association, have actively collaborated in recent years to reduce pressure sores, hospital-acquired infections and falls. “There are new strategies in place to standardize the process of care” and prevent ulcers, falls and other adverse events, said CHA spokeswoman Michele Sharp.

The report indicates that both large and small facilities wrestle with common adverse events. Yale-New Haven and Hartford Hospital reported the highest numbers of incidents of foreign objects being left in patients in the seven years from 2004 through 2010; the Connecticut Children’s Medical Center, Bridgeport Hospital and the Hospital of Central Connecticut also were among the top five.

In numbers of reports of pressure sores, Yale and Hartford hospitals again were in the highest five, joined by Saint Vincent’s Medical Center in Bridgeport, and Danbury and Norwalk hospitals. While some hospitals reported only a few cases of perforations resulting in disability, others reported multiple incidents in a single year: In 2009, Norwalk had nine such cases, and Central Connecticut had eight. In 2010, each of those hospitals reported only one case.

The highest overall adverse-event rate over the seven years was reported by Sharon Hospital—24.4 per 100,000 patient days. The Hospital of Central Connecticut and Day Kimball Healthcare in Putnam had the second and third-highest rates, respectively.

In comments included in the report, most hospitals with high error rates described initiatives being undertaken to reduce adverse events. Yale-New Haven Health System, which includes Yale-New Haven, Bridgeport and Greenwich hospitals, said it encourages and expects the reporting of “all unexpected and adverse outcomes” in order to foster transparency and reduce the potential for harm.

Among ambulatory surgical centers, the Endoscopy Center of Northwest Connecticut in Torrington reported the highest rate of adverse events in 2010, followed by the Middlesex Endoscopy Center in Middletown. DPH officials again cautioned that no conclusions should be drawn about quality based on the self-reporting.

Rexford and other advocates said in terms of making information available to citizens, Connecticut lags behind other states, such as Minnesota, which provides the public with a searchable database of adverse events.

In the report, DPH officials said they hope to improve the adverse event reporting program in ways that will promote patient-safety interventions. While they said the report alone should not be used as a gauge for a hospital’s quality of care, the department “encourages citizens, using this report, to ask their hospital or physician what is being done to prevent these types of events from occurring.”