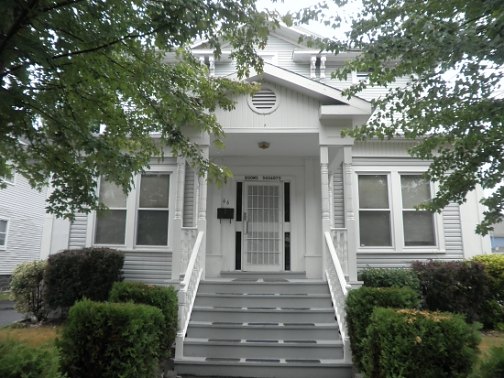 The 15-bed facility – planned at a former rooming house at 66 Elmwood Ave. – will provide women with gender-specific services such as mental health counseling, life-skills coaching, vocational training and job placement.

About five percent of homeless veterans are women, the most in the nation’s history, as record numbers of women return from active combat in Iraq and Afghanistan.

“Women veterans are a growing and very young population,” said Shalini S. Madaras, a director at Female Soldier: Forgotten Heroes, the group behind the $1.3 million project that gets underway in January.

“We have over 200,000 women rotating into the military nationally,“ Madaras said. “It was never that way before. We’re not equipped for this. When they come back, they can’t just go right back to being a sister or a wife or a mother. There’s that transition period they need.”

Women veterans are 3.6 times more likely to become homeless than women who never served in the military, according to research cited by Female Soldier: Forgotten Heroes.

A 2007 study by the National Alliance to End Homelessness found that female veterans are more likely to experience severe housing cost burdens than male veterans. Women represent only seven percent of veterans but 13.5. percent of veterans with severe housing cost burdens, the report found.  Lack of affordable housing is a primary catalyst for homelessness amongst all veterans, according to the report.

Female Soldier: Forgotten Heroes recently purchased the building and secured zoning approval after several false starts at other sites in the past two years. The white, gabled structure would become Connecticut’s first housing facility designed specifically for women.
Connecticut has about 4,000 homeless veterans in general – with up to 300 of them women. The women are something of an invisible population, advocates say, because they don’t always seek help, opting instead to stay with friends or sleep in their cars.

Many left unstable housing situations while deploying overseas and struggle to find housing when they return. Connecticut has about 125 beds set aside for veterans, but less than 10 specifically for women, with most of those in institutional settings.
Madaras said the new facility is ideally located in a residential area.

“These are tech-savvy, smart women who can go out and do amazing things,” she said. “But they need that help, that little bit of a transition period, and it just has not been available. “

One thought on “Transitional Housing Planned For Female Vets”