Karen Lombardi, a school instructional coach, had just taken an unruly child out of a classroom when she felt severe chest pains. She drove to Yale New Haven Hospital, sweating profusely and hyperventilating, and was diagnosed with a heart attack. Five weeks later, she was back in the hospital with more chest pains.

It was another four months before Lombardi, 61, learned the cause of her pain, received effective treatment and returned to active exercise. She considers herself lucky because many women with heart disease never get an accurate diagnosis.

Standard medical testing for heart disease is based on research on men, whose chest pains are primarily attributed to blockages in major arteries, according to Dr. Samit Shah, an interventional cardiologist at Yale New Haven Hospital. But women often have heart disease that isn’t caused by such blockages, and their symptoms may not even include chest pains, said Shah, who ultimately diagnosed Lombardi. 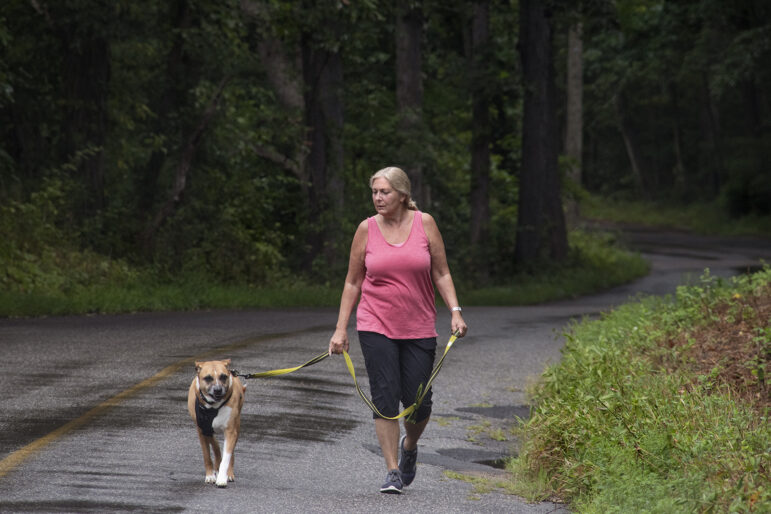 Karen Lombardi takes her dog, Peppa, on daily walks and hikes on weekends. She considers herself lucky because many women with heart disease never get an accurate diagnosis.

Shah is trying to transform the diagnosis of women’s heart disease by doing testing that goes beyond the usual practice of looking for blockages. He is about to embark on research with nine other hospitals in the country that will aim to standardize the expanded testing. It will also track resultant diagnoses and the effects on quality of life from receiving an accurate diagnosis, being believed about pain, and getting appropriate treatment.

“Very few hospitals are doing this type of testing,” Shah said, explaining that the result is that women are often sent home without diagnoses and told that their pain isn’t real. Sometimes they’re bounced around to different specialists because of symptoms such as stomach and jaw pain that end up being heart-related, he said.

Yale New Haven doctors presented a paper in April to the American College of Cardiology reporting a median time of more than six years between the onset of symptoms and a correct diagnosis for 64 patients without blockages who they ultimately tested with the expanded procedure. The patients were comprised of 48 women and 16 men.

“Obviously, if they’re not treated, there can be greater consequences,” Shah said. Heart disease is the number one killer of women and men in the United States.

In 2020, one in five female deaths in the country were due to heart disease, according to the Centers for Disease Control and Prevention (CDC). It is the leading cause of death in white and black women, second after cancer for Hispanic and Pacific Islander women, and tied with cancer in American Indian and Alaskan Native women, the CDC reports.

“Medicine, in general, is so biased in taking care of men that we overlook something that can be right in front of us,” Shah said. “Women are not believed about pain after surgery. Women who are having heart attacks—it takes longer for providers to see them and longer for a heart attack to be recognized,” he said.

Shah said that at least half of the women he has treated for heart disease don’t have blockages. And, in 90% of those without blockages, the culprit is a failure of small blood vessels to move blood to the heart, he said. The two prevalent conditions with this issue are coronary microvascular disease and coronary vasospasm.

Shah’s testing starts with an invasive angiogram, also called catheterization, which reveals major blockages. When he doesn’t see those, he continues testing by injecting medicine that helps him investigate small heart vessels, which carry most of the heart’s blood supply.

Shah found that Lombardi’s heart disease is caused by vasospasm, which means her small vessels shut down and prevent blood flow. She said that knowing the cause of her heart disease and being properly treated has eliminated her chest pains and changed her life.

After her initial trip to the hospital, she was prescribed nitroglycerine, blood pressure medicine and a blood thinner. A tiny blockage picked up on her angiogram didn’t jibe with the pain she was reporting. However, no further testing was done, and she felt she was treated with a dismissive attitude of “it’s not a major blockage. What are you complaining about,” she said.

She lived in fear of having another heart attack. 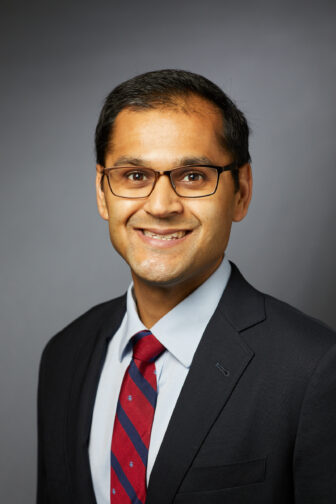 Dr. Samit Shah said at least half of the women he has treated for heart disease don’t have blockages.

Following Shah’s diagnosis, the blood thinner, which caused significant bruising, was eliminated, as was the prescribed blood pressure medicine. Lombardi now takes a medication called amlodipine and has a nitroglycerine patch to wear as a preventive measure when she is particularly active. Her previous nitroglycerine prescription was taken orally after chest pains, which were becoming increasingly frequent.

Now retired from the New Haven school system, Lombardi and her husband walk 2 to 3 miles daily and hike on weekends near their East Haddam home. It’s a far cry from the five-minute walks she haltingly attempted after her first diagnosis. “Anything strenuous, I would start to feel my chest tightening and my heart pound,” she said.

Carolyn Mazure, director of  Women’s Health Research at Yale School of Medicine, said her center helps fund Dr. Shah’s research to raise awareness of women’s heart disease and improve health outcomes. Just 56% of American women know that heart disease is the number one cause of death in the country, according to the CDC.

“We want women to be informed about that,” Mazure said. “We want the diagnostic procedures ready and the treatment ready to really deal with this disorder. The bottom line for our work is that women have stronger and healthier lives.”

The Federal Food and Drug Administration and Abbott Vascular, a medical device company, are the other funders of the research, Shah said.

Mazure pointed out that it wasn’t until the mid-1990s that the National Institutes of Health, which she called “the single greatest funder of biomedical research in the world,” started requiring the inclusion of women in clinical studies. “It wasn’t until 2000 that we started to see studies actually designed for women” beyond reproductive health, she said.

A study published in the Journal of the American Heart Association last March concluded that greater awareness of heart disease without the presence of blockages “is urgently needed for accurate diagnosis and patient-tailored management.” It called for refinement and standardization of diagnostic tools, which Shah’s national research seeks. And it found that when patients learn the cause of their pain and are treated for it, their quality of life is positively affected. It added that identifying microvascular disease or vasospasm prevents patients from undergoing repeated invasive tests and potentially reduces health care costs.

Lombardi lamented that other women don’t have the opportunity of expanded testing that she received from Shah. When she went to the hospital with a second episode of chest pains, the cardiologist on call suggested that she undergo Shah’s extended testing.

“It shouldn’t be luck that determines whether women get diagnosed correctly or not,” Lombardi said. “Understanding the differences in women’s heart disease versus men’s needs to be widespread.”