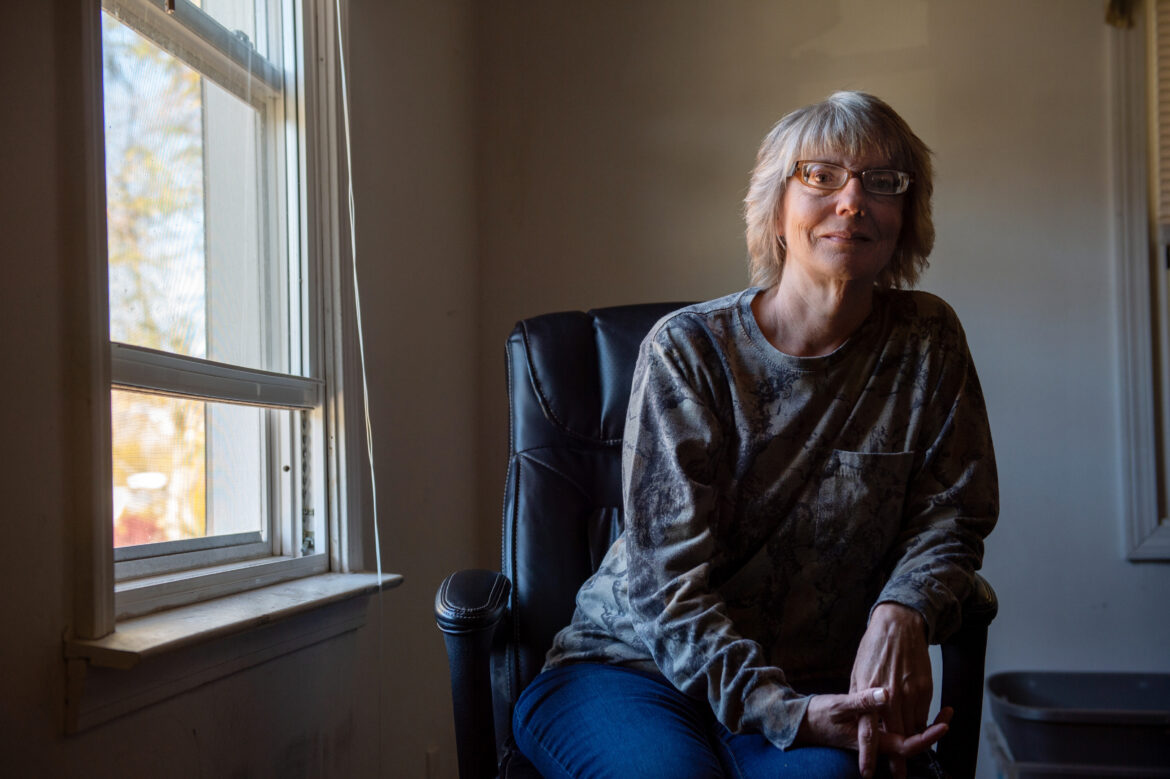 Lori Dingwell is suffering from the long-term effects of COVID-19 but her insurance isn’t covering all the specialists she needs to see in order to fully recover.

In February, Lori Dingwell of Waterbury tested positive for COVID-19. She says she has yet to recover fully. The 53-year-old has seen her primary care physician, a neurologist, ophthalmologist, retinal specialist, infectious disease expert, and rheumatologist.

After a host of scans, blood tests and “an abnormal spinal tap,” Dingwell—a member of the COVID long-hauler support group Survivor Corps—said physicians had no answers to help explain her malady. Adding to her woes, she racked up nearly $10,000 in medical debt. “I have it down to maybe $7,700, but it could go up,” said Dingwell, a former counselor at a mental health organization in Southington.

Now, Dingwell said she’s paying out-of-pocket for her mental health care, as well as a large share of her medical treatment since leaving her job a year ago. All of this despite having health insurance. “I have insurance off the exchange. They dropped the premium down to like $15 a month,” she said. “I’ve been paying for bloodwork out of my pocket. I’ve been paying out-of-pocket for any tests needed.”

A JAMA study, Medical Debt in the U.S., 2009 to 2020, published in July by researchers at Harvard, Stanford, UCLA, and the National Bureau of Economic Research, found that states, including Connecticut, that expanded Medicaid eligibility under the Affordable Care Act in 2014 experienced a 34% decline in new medical debt, compared with a 10% decline in states that did not expand the program over the same period.

Yet, even with expanded Medicaid coverage, patients like Dingwell fall through the gaps. “I don’t qualify for Medicaid, but I’m low income,” she said. “My husband is disabled, and we are probably $250 more than the income” threshold for eligibility.

Conn. Health-I-Team analyzed county share of medical debt in Connecticut from the latest 2021 Urban Institute database. Litchfield County had the highest share of residents with medical debt at 14%, followed by Hartford and Windham counties at 13%.

A Dec. 8 search of “medical bills Connecticut” on the fundraising website GoFundMe generated more than 200 fundraisers. Among them, $24,782 was raised for pancreatic cancer treatment for a patient at Hartford Hospital, $15,035 for a patient with neuroblastoma at the Masonic Healthcare Center in Wallingford, and $9,700 raised for a 9-year-old who was treated at Connecticut Children’s Medical Center for a tumor. In addition to cancer treatment, people raised funds for reasons ranging from help with medical bills after a road accident to purchasing a therapy robot for a child.

Connecticut ranks among the highest in the country for per capita spending on healthcare: $9,859 in 2014 (the latest year available), compared with $8,045 nationally in 2014, data from Kaiser Family Foundation show. According to the Centers for Disease Control and Prevention, the per capita national health expenditure surged to $11,172 in 2018, a staggeringly high cost for individuals with inadequate insurance.

In an effort to ease the burden, the state in July of this year began paying premiums and all cost-sharing that were not paid for caregiver adults of children on HUSKY A, up to 175% federal poverty level (FPL). This group is not covered by Medicaid and are enrolled in the silver plan via Access Health CT. On July 1, 2022, the state will begin paying all remaining premiums and cost-sharing, after federal assistance, for all adults under 175% FPL, including dental and non-emergency medical transportation.

Nonprofits are stepping in as well.

In 2020, donors in Connecticut—the Southern New England Conference United Church of Christ and an anonymous source—provided $2 million to support RIP’s medical debt abolishment program in Hartford, New Haven and Windham counties, among others.

Companies in the private sector are also launching initiatives to disrupt the model of healthcare delivery.

Canton-based consortium Goodroot Inc. claims to have accrued $800 million in health care cost savings since 2015 for employers, groups and individuals. “Each of our affiliate companies addresses a specific problem or inefficiency in healthcare,” said Michael Waterbury, CEO of Goodroot. “Since medical debt stems from soaring healthcare costs, all of our initiatives are working to prevent medical debt by lowering costs in the first place.

Goodroot also supports nonprofits that directly offer medical debt relief, such as working with a medical debt organization to negotiate new agreements with hospitals to prevent overdue payments from going to collections. “In 2022, we will be launching a Goodroot affiliate that remediates medical debt,” Waterbury said. Lori Dingwell in the living room of her home in Waterbury.

Connecticut passed a law this year that goes into effect in October of 2022 that eliminates a loophole health care organizations have used to avoid limits on billing and collections. And, medical facilities have been required to disclose facility fees.

“This, combined with the ban on surprise billing and the price transparency rule at the federal level, represent major strides toward eliminating medical debt, but many causes of medical debt remain unchecked,” Waterbury said.

For instance, providers are still under no obligation to estimate or predict the cost of care.

And, “strangely, the price for some medications and procedures that is billed to people without insurance is sometimes lower than the out-of-pocket cost to someone with insurance,” Waterbury said. “Currently, there is no way to know if a procedure you are having done would cost less if you do not run it through your insurance.”

For Lori Dingwell, her financial and medical difficulties continue. A specialist advised her to get a second spinal tap as a follow-up to the “abnormal” results on the first one. “The insurance is not going to cover that,” Dingwell said.

For now, she has a payment plan with her doctors. “My neurologist tried to get me to pay them $150 a month,” she said. “They said, ‘Whoa, you’re paying $50 now, and your bill is increasing.’ And I said I cannot.”

When a specialist referred Dingwell to a COVID clinic, the first thing the staff on the phone informed her was that her insurer would not cover the majority of her treatment.

“They told me that I will be responsible for my bills,” Dingwell said. “At that point, I just gave up.”

Ishan Rangarajan, an economics student at Princeton University, contributed to this story.