Caleb Ogilvie entered journalism by a coin flip — heads for yearbook and tails for journalism – because he was unable to make a clear decision between the two.

Since joining journalism class in high school, his passion for the profession has grown and he is now editor of his school newspaper. He has expressed his joy in interviewing people and being able to write stories on particular individuals.

“I enjoy seeing people’s eyes light up when they are talking about their passions,” Ogilvie said.

Although he is still looking at colleges, Ogilvie does plan to continue to major in and pursue a career in journalism. 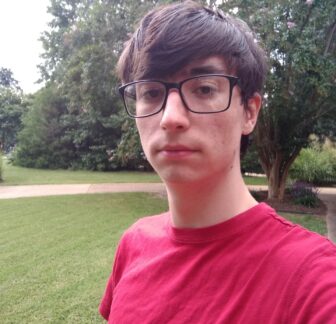 “I want to keep working till the day I die,” Ogilvie said, emphasizing that if he ever retires from journalism he wants to continue in other career paths.

When Ogilvie was younger, he always told people he wanted to be a “cooker,” a term his younger self used, unaware of the term chef. He dreams of opening a multicultural restaurant, where a number of different cultural cuisines will be served. Each section of the restaurant will feature a different cuisine.

Ogilvie also is a fan of anthropology and movies. Two years ago, he started looking at ways different movies that affected pop culture are connected to each other. He calls it the Hollywood Connected Universe, comparing it to the Marvel Comic Universe.

Ogilvie plays a role in 11 extracurricular activities such as Film Club, NHS, Writers’ Wednesday, Video Announcements, and he is the Vice President of the Latin Club.

Rodjae Smith is a student at West Haven High School.