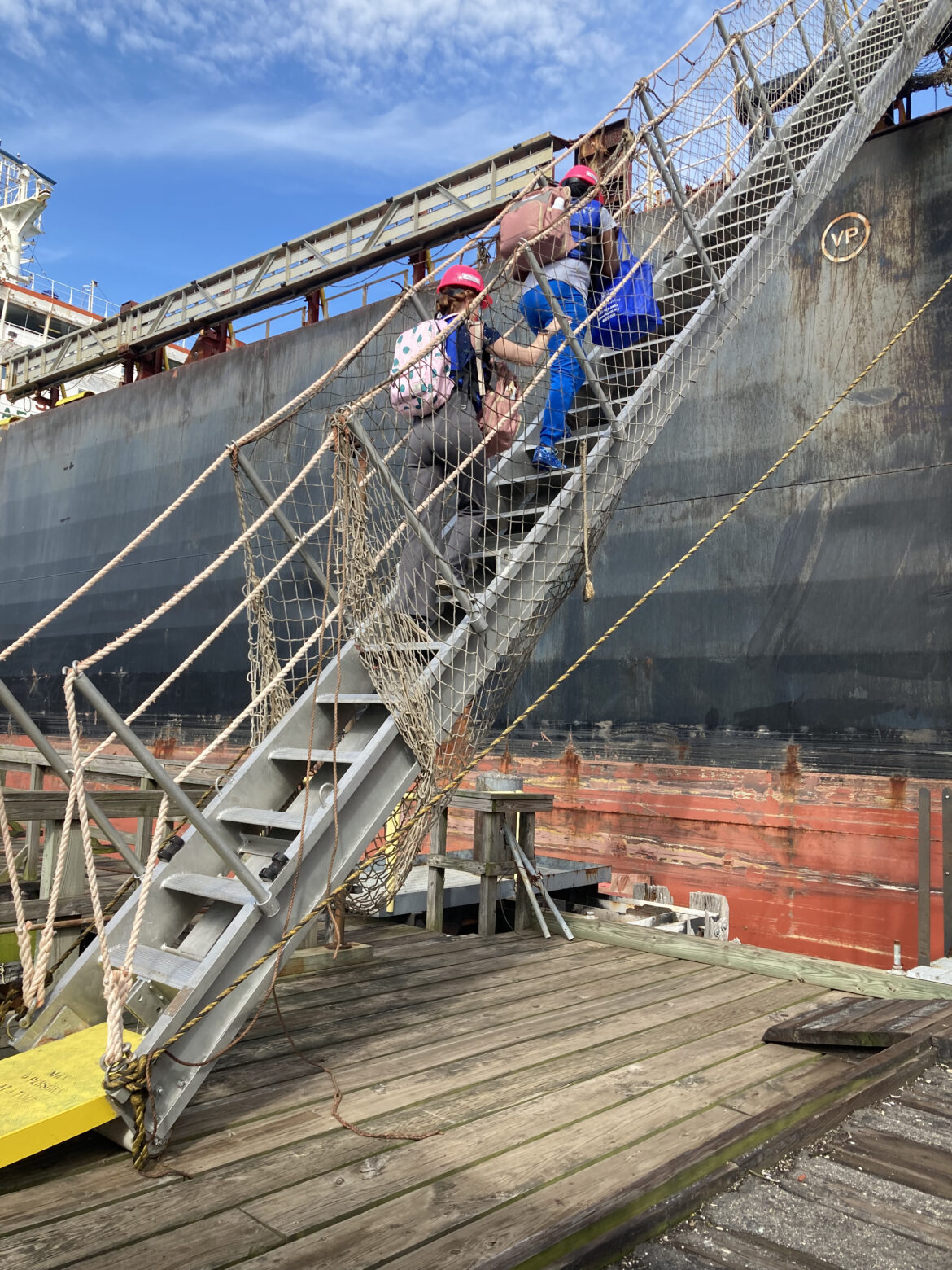 When she became a nurse 10 years ago, Sara Keiling never expected that she’d be wearing a pink hard hat and a life jacket and climbing a steep, 30-foot ladder to vaccinate her patients in a global pandemic.

But that’s what she and other nurses from the Cornell Scott-Hill Health Center in New Haven have been doing since May to administer the COVID-19 vaccine to more than 90 crew members on oil tankers that regularly arrive in the port. The nurses provide the shots on board the ships because many of the crew members lack valid visas.

The crew members are among 200,000 merchant seafarers worldwide who have been unable to leave their ships in many ports due to strict COVID-19 restrictions. Some have been at sea for more than 18 months, and getting vaccinated means they can finally take shore leave or go home, David Heindel, chairman of the seafarers section of the International Transport Workers’ Federation, said.

At the height of the pandemic, about 400,000 seafarers were stranded on ships worldwide due to COVID restrictions. At least 20,000 crew members have now been vaccinated in 72 American cities, Heindel said. 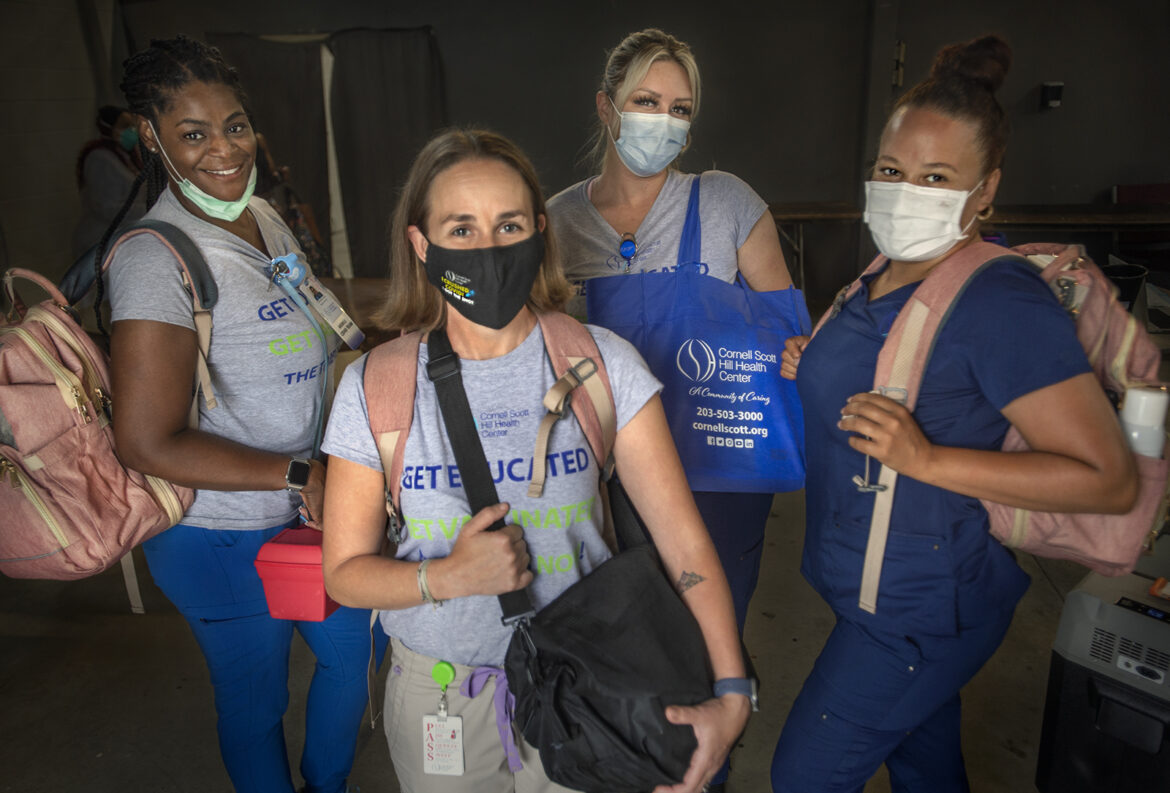 Keiling said the climb up the ship is sometimes daunting, but it’s worth it to see the relief from the crew members, who hail from India, Japan, Croatia and Poland.

“They’re very grateful,” she said. “Lots of them take selfies with us or with their vaccination card. It’s such a good feeling.”

The health center is providing the free vaccinations through a partnership with Moran Shipping Agencies of West Haven. Realizing the plight of the seafarers, the company asked the state Department of Public Health for help, and the Hill Health Center responded. Moran officials declined to comment.

“As soon as we heard their story, we knew we needed to go out there and help,’’ Keiling, an advanced practice registered nurse, said. “To be able to reunite them with their families, it’s an easy win for us.”

Michael R. Taylor, the health center’s CEO, said his agency has administered 40,000 vaccines throughout the city and New Haven County, including going door-to-door, to soup kitchens, homeless shelters, churches and community centers. While he called Keiling’s team members “fearless” for climbing on the ships, he added that it’s typical of his staff’s willingness to help anyone in need.

“We serve all comers,’’ he said. “We’re trying to vaccinate as many people as we can, as long as we can, to safeguard our community.”

Keiling’s team usually consists of a patient registrar and two or three nurses who vaccinate 8 to 20 or more crew members at a time. They have to create a patient record for each crew member even though they’ll likely never see the seafarer again, Keiling said. 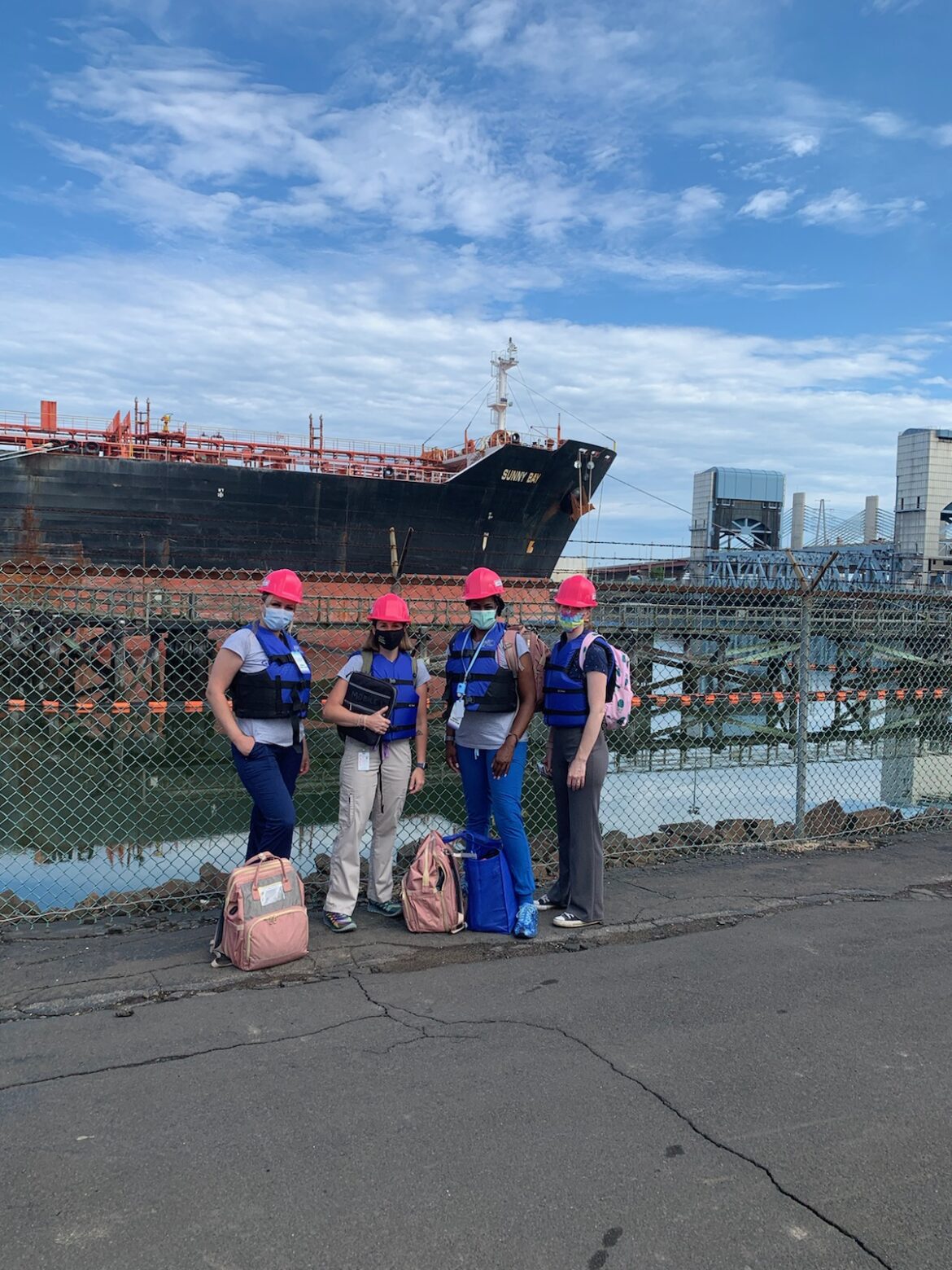 The single-dose Johnson & Johnson vaccine works best, rather than the two-dose Pfizer and Moderna vaccines, because of the unpredictable lives of the crew members.

“They’re really in port for maybe 24 hours and then they’re right back out to sea,’’ she said.

Heindel’s federation is working to have more seafarers vaccinated and given priority as front-line workers, but progress is slow in many countries.

“Seafarers are sort of a hidden group that no one gives consideration to,’’ he said.

In another effort that started in May, Ruth Setaro, the port chaplain in New Haven for Seafarers International House, has driven about 40 crew members who have valid U.S. visas and shore passes to local pharmacies to get vaccinated.

From Russia, Ukraine, the Philippines, Myanmar and India, the crew members have told her about their plight.

“They’ve been so isolated, but they’re also worried that if they left the ships, they might get COVID and get sick and die,’’ Setaro said. “Once they’re vaccinated, they may be able to finally go home.”