In Connecticut, 47 veterans died by suicide in 2018, an increase of 10 from the previous year, newly released statistics show.

And veterans’ advocates are concerned that the COVID-19 pandemic will trigger more suicides. 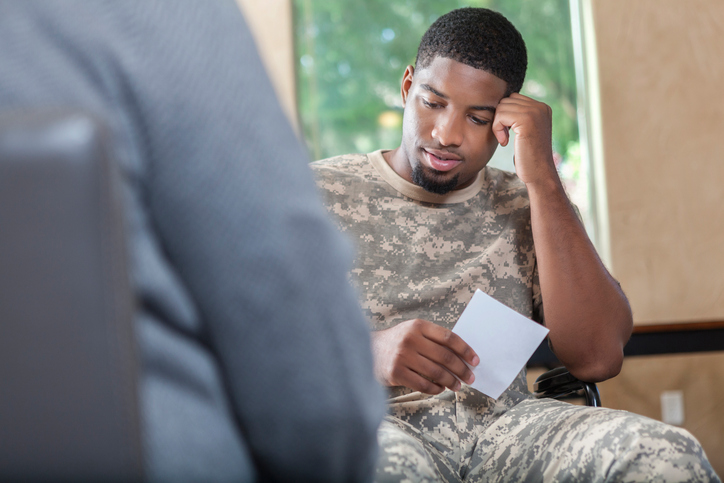 The Connecticut data was included in the U.S. Department of Veterans Affairs (VA) National Veteran Suicide Report. The report tracked national veteran suicides over 14 years, showing an increase from 6,056 in 2005 to 6,435 in 2018. There were at least 6,300 veteran suicides nationally every year since 2008, according to the report. The veteran suicide rate was 32 per 100,000 in 2018.

Thomas J. Saadi, commissioner of the state Department of Veterans Affairs, said it is “very sad to see those numbers climb.”

“What it underscores is that more needs to be done,” he said, particularly in educating society about signs and symptoms of mental health crises and how to get help. “Everybody is part of the solution.”

Saadi was pessimistic about the effect of COVID-19 on veteran suicides. “I fear we will see this number rise, unfortunately, when we look back at the pandemic and see what veterans are struggling with,” he said.

The report cited COVID-19-related isolation because of social distancing and increased veteran unemployment among risk factors associated with veteran suicide. It said the VA is monitoring “trends in suicide-related behaviors” as a result of COVID-19 but stated that conclusive suicide statistics aren’t yet available.

The VA cited a hike in the veteran unemployment rate from 2.3% in April 2019 to 11.7% in April 2020, resulting in 833,000 more unemployed veterans. It also noted that unemployment can lead to homelessness, and pointed out that VA patients who were homeless or at risk of homelessness had higher rates of suicide than other VA patients.

Stephen Kennedy, Connecticut team leader of Iraq and Afghanistan Veterans of America (IAVA), said, “Veterans are at greater risk of COVID complications to begin with, so it is a very difficult problem to deal with.”  He added that he is concerned about the pandemic worsening risk factors, “driving an increase in suicides.”

The report found that nationally the suicide rate of veterans who accessed VA health care declined 2.4% from 2017 to 2018, while the rate of other veterans increased by 2.5%.  But most veterans do not use VA health care.

Saadi said the decline among VA users demonstrates the importance of connecting veterans with supportive programs and services.

“I think there has been a lot of attention to veteran suicide, but there is still too little understanding of what to do about it. Awareness is great, but until we actually improve the lives of at-risk veterans, we aren’t going to slow the increase. That probably means investing in a more robust safety net and better provision of social services.”

Saadi said his department is working to help veterans and other citizens learn about available help. He said a mobile app on his agency’s website provides connections to crisis intervention, employment, housing and other services, and that the website also provides information about mental health support.  The app can be downloaded at http://portal.ct.gov/DVA/Pages/CTVeterans-Mobile-App.

“We have to work to end this surge of suicide among veterans and service members,” he said.