Thanks to the ACA, the law known as Obamacare, a provision allows young adults to remain on their parents’ health insurance policies until age 26. Dinh, of South Windsor, is covered on her mother’s policy.

“If I lost coverage under my parents, I would not know what to do,” Dinh said. “Chances are I would have to handle medical expenses out of pocket, which would definitely cause a financial strain and make me hesitant to go to the doctor’s unless it is a dire emergency.”

“I am also worried about COVID because the risks are too high under current circumstances to be uninsured,” said Dinh. She’s one of  2.3 million young adults who gained coverage through their parents’ plans under the ACA, according to a Kaiser Family Foundation analysis. 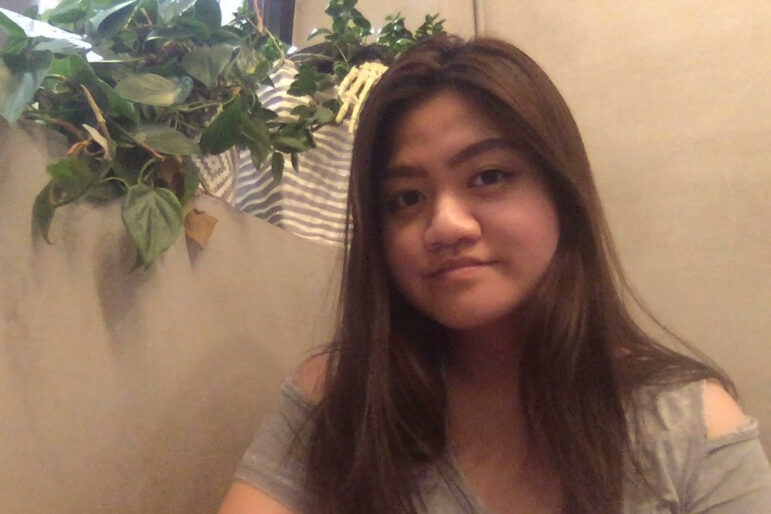 Vyanne Dinh, 21, is a senior at New York University, has health insurance through her mother’s plan.

Striking down Obamacare would have a large-scale impact on the country’s health care system and the lives of millions of people who have gained health insurance coverage through the exchanges and the expansion of Medicaid.  One of the most-popular provisions – protecting people with pre-existing medical conditions – would be eliminated along with coverage for many essential benefits.

The stakes for keeping Obamacare in place are even higher now with the addition of Justice Amy Coney Barrett to the high court, a conservative who could provide the vote needed to overturn it.

“The effects of the Affordable Care Act impacted many parts of the health care system,” said Tiffany Donelson, president and CEO of the Connecticut Health Foundation. “It’s going to be extremely difficult to just patch up a new law if this were overturned. It took years for the Obama administration to work on this. This is one of the things that [people] need to realize. We all gained from the Affordable Care Act.”

Roughly 300,000 people in Connecticut have insurance, in one way or another, thanks to the ACA, Donelson said.

“Our uninsured rates are going to skyrocket, undoubtedly, in our state, if we overturn the ACA at the federal level.”

What’s at stake at the Nov. 10 hearing before the Supreme Court “is extremely significant to our entire population. It’s even more tragic that it’s all under the umbrella of a pandemic,” Mattie said.

“[Many] people don’t realize that the Affordable Care Act also provided for the expansion of Medicaid,” said Mattie.

In 2010, Connecticut became the first state to expand Medicaid, and Mattie said providing coverage to the most vulnerable populations is more cost-effective than letting them go uninsured in the long run.

“We know that when people don’t have medical coverage, they delay care and end up sicker. And they end up eventually seeking care, because it’s life-threatening, and they end up in a health care facility without any form of payment and we, as a society, end up paying for that,” Mattie said.

As of June 2019, there were 276,885 people in Connecticut who enrolled in Medicaid since 2010, according to the Kaiser Family Foundation. Of those, 243,618 were newly eligible specifically due to the expansion, according to state-level data. Nationwide, about 12 million people in 33 states and in Washington, D.C. became eligible for Medicaid under the expansion, through June 2019.

“Community-based organizations, the ones working with people day in and day out, are extremely concerned,” said Donelson, including federally qualified health centers that serve many on Medicaid. “This is really coming to a head, that there is a good chance the ACA could be overturned, and there is no confidence that there’s a replacement.”

Connecticut is one of 15 states that has its own fully run health insurance exchange, Access Health Connecticut (AHCT), which is preparing to launch its eighth open enrollment on Nov. 1.

There are 103,955 Connecticut residents enrolled in plans through AHCT, according to the Kaiser Family Foundation. Of those, 72,767 (70%) receive the Advance Premium Tax Credit, which lets individuals lower their monthly insurance premiums; and 35,304 (34%) receive a cost-sharing reduction that lowers deductibles, copayments and coinsurance.

Enrollment in qualified health plans through Access Health CT is up about 5% from a year ago; enrollment in Medicaid through the exchange is up about 10%, according to Marketing Director Andrea Ravitz.

“This is where we work harder to raise awareness,” she said. “Our mission continues to be to reduce the number of uninsured in Connecticut.”

Nationwide, 10.7 million people were enrolled in insurance through an ACA-created marketplace as of February 2020, according to Kaiser Family Foundation.

The ACA closed the coverage gap, known as the donut hole, in Medicare Part D. Prior to the legislation, seniors’ prescription drug coverage dropped off once they hit a certain yearly dollar amount, then kicked back in later.

Without the protection offered by the ACA, seniors could see prescription costs skyrocket, Mattie said.

Some seniors may forego prescriptions, in order to afford rent or food, which can lead to health issues, she added.

Nationwide, about 150 million people are enrolled in employer insurance plans or individual market insurance plans that must provide free preventive care services, such as annual wellness exams, cancer screenings, and vaccinations under the ACA, according to Kaiser Family Foundation.

“When people are connected to primary care, overall, they are healthier, because they are getting the consistent care that they need,” said Donelson.