While the deadly coronavirus seems to be subsiding in Connecticut for now, its impact on nursing homes has not. More than 6,700 beds are empty, and it may take many months of financial struggle before occupancy climbs back to pre-pandemic levels.

Of the approximately 200 nursing homes in Connecticut that receive payments from Medicaid, the government health insurance program for low-income people, only 15 were 70% or less occupied in January, according to the Connecticut Health Investigative Team’s analysis of state data. By August, almost five times as many facilities saw occupancy drop to that level or less. While the statewide average decline was 15%, the number of residents in 19 nursing homes has plummeted to 55% and below since January. The number of empty beds has more than doubled.

That 70% occupancy level grabs lawmakers’ attention. Last year, the state budget targeted nursing homes for steep one-time cuts in Medicaid payments if they didn’t fill at least 70% of their beds or, equally serious, have three years of the lowest grades from the federal “Nursing Home Compare” website. “We called it the occupancy penalty,” said Matt Barrett, president and CEO of the Connecticut Association of Health Care Facilities/Connecticut Center for Assisted Living (CAHCF/CCAL). 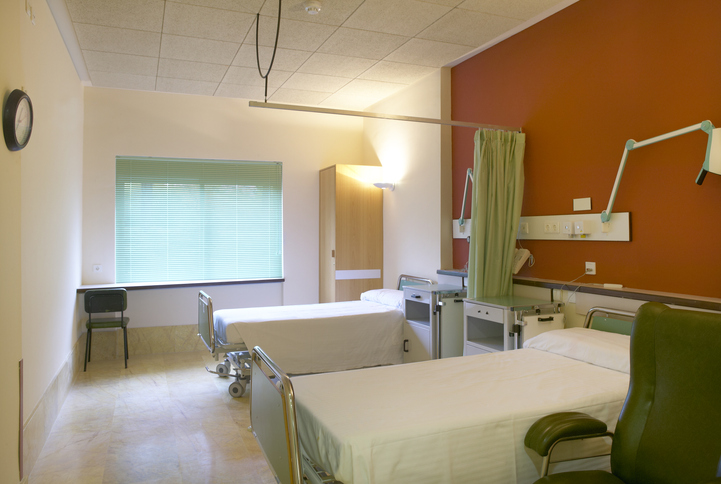 Nine nursing homes affected by the budget policy appealed their payment cuts, which were suspended until the matter could be resolved, according to the state Department of Social Services (DDS), which oversees the state Medicaid program. Discussions continue and include the possibility of downsizing by eliminating empty beds, said DSS spokesman David Dearborn.

Elderly, chronically ill adults are the most vulnerable to COVID-19, the disease caused by the coronavirus. In Connecticut, nursing home residents are roughly 100 times more likely to die from the virus than are other residents. Compared with other states, Connecticut’s 102 deaths per 1,000 nursing home residents ranks third behind Massachusetts and New Jersey, according to federal data. Nearly 3,000 have died, or 64% of the state’s death toll.

Although increasing numbers of Connecticut seniors have opted for long-term care in their own homes, nursing homes are the only option for those with complex medical needs. Owners say the state and federal governments aren’t doing enough to shore up their industry and protect residents during the pandemic. And in some cases, policies intended to control the virus can make things worse.

Another reason people are avoiding nursing homes is the restriction on visitors, Painter said. Gov. Ned Lamont recently revised the state’s visitation policy to allow private, indoor visits under certain conditions unless residents or staff test positive for COVID-19. Just one positive test puts an entire building off-limits. Outdoor visits or video chats are a poor substitute and impossible for some residents with dementia or severe physical disabilities. About a dozen consumer and legal advocacy groups claim that the rules are discriminatory and have asked Lamont for additional changes.

“We’re seeing people make other choices because they know they’re not going to be able to see their loved ones,” Painter said. She and her staff have received thousands of complaints about these restrictions, which she said causes social isolation, the loss of essential services visitors provide and an increased risk of abuse and neglect.

Another factor affecting nursing home occupancy was created by the crisis COVID-19 imposed on hospitals. Nursing homes have long depended on hospital patients recovering from joint replacements and other procedures for a large part of their population but not during the pandemic. Hospitals canceled most elective surgeries in order to treat COVID-19 patients, said Tim Brown, director of marketing and communications for Athena Health Care Systems’ 44 nursing homes in New England, including half in Connecticut. The lack of hospital patients seeking short-term rehabilitation services at nursing homes “has translated to a decrease in our census,” he said. Elective surgeries have resumed, but “it is going to be a while before we’re back to normal occupancy,” Brown said.

In addition to Medicaid, the Medicare program for older or disabled adults pays for nursing home care following a hospital admission of at least three consecutive days. (Time spent in observation care doesn’t count.) Medicare suspended that rule during the pandemic, but Brown said the change has had little effect. “It didn’t help that much because people weren’t coming into the hospital in the first place.”

Two Athena facilities dedicated to COVID-only patients through the end of June under an agreement with the state are still well below capacity, Brown said. Occupancy at Northbridge Health Care Center in Bridgeport was 36% in August, compared with 92% in January, according to state records. Occupancy at Athena’s Sharon Health Care Center declined to 36% in August from January’s 88%. Even though Athena received extra payment for caring for its COVID-19 patients, Brown said the company lost “a significant amount of money.”

In addition to the loss of residents seeking short-term rehab services, nursing homes have had to reserve beds in isolated areas for COVID-19 residents to keep the virus from spreading. Under state and federal requirements, residents must be separated into three groups: those infected with the virus, those not infected and one more for those whose status is unknown. Each group should have its own staff to avoid cross-contamination.

“The problem is you have three units, and none of them are full,” said Paul Liistro, who owns Vernon Manor Health Care Center, which has 120 beds, and 126-bed Manchester Manor. If he could consolidate, he could close a unit. “I can turn the air conditioning off, turn the lights off, and I don’t have to staff it,” he said. “If you have a partially filled building, you go broke.”

Liistro predicts some nursing homes in Connecticut may default on their mortgages because they don’t have enough cash in reserve and don’t have enough residents to generate the income to pay for protective equipment, tests and staffing, plus utilities and other fixed expenses.

As occupancy declines, Painter fears nursing home operators will make more cuts in staffing. The number of direct-care workers, such as nursing assistants, social workers and recreation staff, depends on the number of people in the building, she said. According to the union that represents nursing home staff, between 300-500 of its 7,000 members in Connecticut permanently lost their jobs and another 1,500 had their hours reduced.

Nursing homes in the state received $23 million in extra Medicaid payments to help them respond to the pandemic in March and April. That was followed by another aid package of $48 million that Lamont decided to allocate from federal coronavirus relief funds.

And yet, this aid may not be enough, especially if there’s a second wave of the virus.

“These are absolutely unprecedented times,” said Brown, the Athena spokesman. In a natural disaster or another emergency, he said, facilities can help each other by sharing staff and managers, but now such mutual aid raises the risk of spreading the virus.

Liistro’s two facilities have received hundreds of thousands of dollars in federal and state financial assistance, but it doesn’t stretch very far. “It’s been helpful to keep us breathing air through a straw for another 90 days, and then we will be running out of money.”

Below is a list of nursing homes with 70% or less occupancy. Scroll down to see full list.