Ruben Ortiz admitted he was concerned the first time he picked up takeout from the New Haven restaurant where he worked until the COVID-19 pandemic shut down the state in mid-March.

“I walked in and thought, I can’t do this,” the New Haven resident said of his concerns about transmission of the virus that has killed more than 4,400 residents statewide. “I was inside, and it was making me uncomfortable.”

Like millions of employees throughout the country, particularly those working low-wage restaurant, hospitality, retail or cleaning jobs, Ortiz has no idea what the future will bring.

He was out of work for 13 weeks. Then the Cast Iron Chop House began to see enough customers to schedule four waiters a night, compared with the eight to 10 who worked nightly before the pandemic. His acting jobs also dried up since the entertainment industry has been shuttered as well.

Despite his initial trepidation, Ortiz started back the week of Aug. 3. But he doesn’t know if the independently owned restaurant will survive a second shutdown if the virus ramps up in Connecticut again. 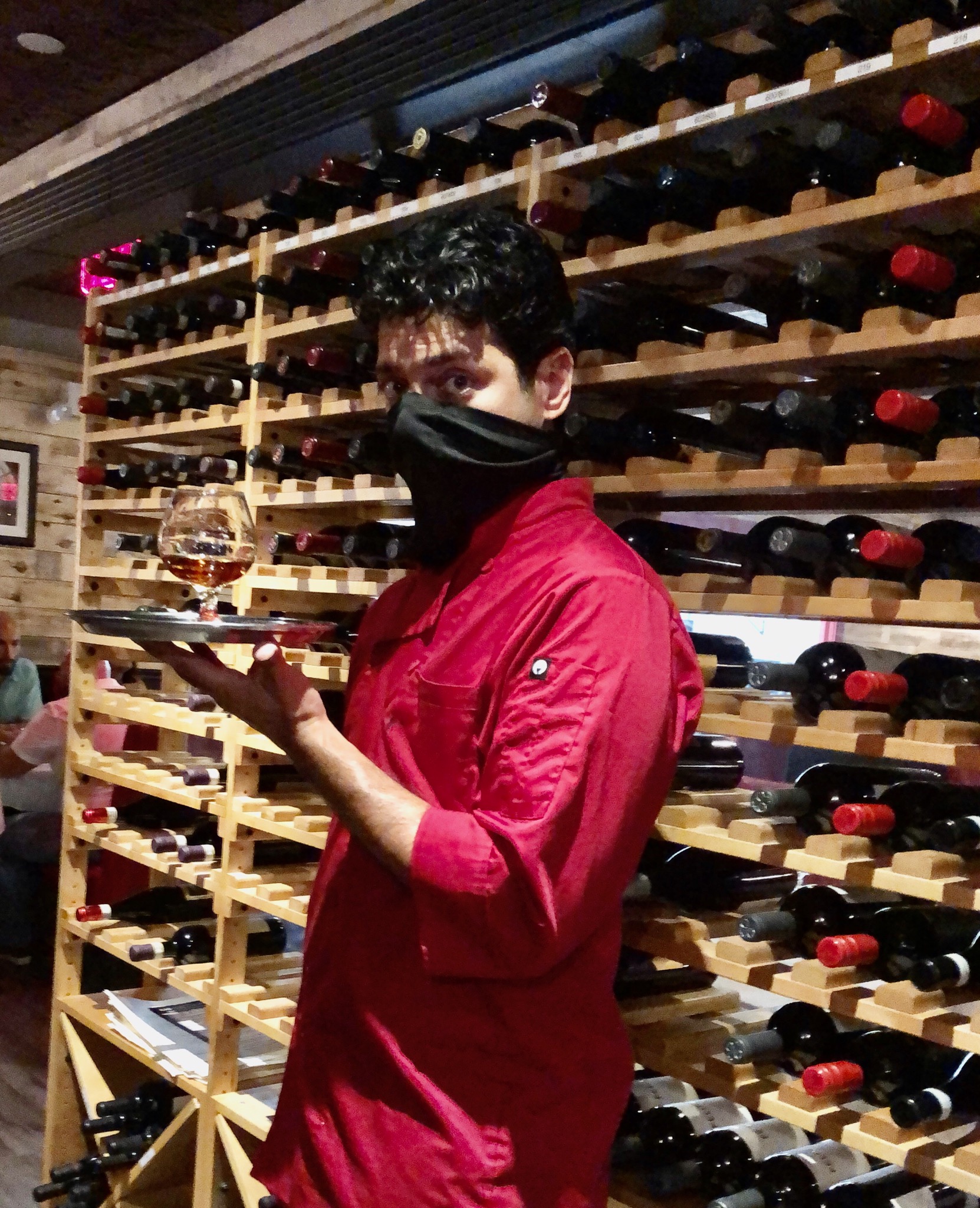 Ruben Ortiz was out of work for 13 weeks before he got his restaurant job back with limited hours.

It’s a problem playing out across the state, and country, as the pandemic continues to impact jobs and lives, said U.S. Rep. Rosa DeLauro.

As of July, 16.3 million people were unemployed nationally, an increase of 10 million since February, according to the U.S. Department of Labor. “But there are only 5 million open slots,” DeLauro said. “It’s not that people don’t want to work.”

The restaurant industry has been one of the hardest hit, she said. “Restaurant employees made up 27% of all unemployment claims nationally,” DeLauro said.

Connecticut officials have pegged the state’s unemployment rate at 9.4%. “But from what I understand from the Department of Labor, it’s actually more like 16 to 17% which is pretty extraordinary,” DeLauro said.

Low-wage workers—especially Latina, Black women and adults over 50—have been hit hardest with job losses, according to union and state AARP officials. Nationally the unemployment rate is 10.2%. The figures rise to 12.9% for Hispanics and 14.6% for Blacks, the federal Labor Department said.

Over 30% of those over 50 polled by the national AARP have reported lost income or had hours reduced due to office closures, said Nora Duncan, state director for AARP Connecticut. The employment rate for those over 55 is three times higher now than it was in January, she said.

“Traditionally, without a pandemic, it takes older workers twice as long to find a job than their younger counterparts,” said Duncan, who is worried that age discrimination will impact older workers’ ability to find a job during the pandemic.

About 20% of the Service Employee International Union Local 32BJ, which represents 171,000 office-cleaning and security workers from Florida to the Northeast, have been out of work since the pandemic hit the United States, said Juan Hernandez, the union’s Connecticut district manager.

Most members provide janitorial cleaning for offices, security for businesses and universities or work as Head Start teachers, many of which have closed to avoid the spread of COVID-19.

If the federal government doesn’t act soon, Hernandez fears people will start losing their homes. “Some are looking at the possibility of being out of work for a year and a half,” he said. “They are frightened.”

Many are minority women who support families and whose jobs depend on large office buildings remaining open, Hernandez said.

“The reality is that there is no work,” he said. “Unemployment only lasts six months. We have people with families with medical conditions. Our members tend to be older with existing conditions.”

Some are afraid to return to work, he said. Others are working two jobs to cobble together the $16 an hour they made before the pandemic hit. 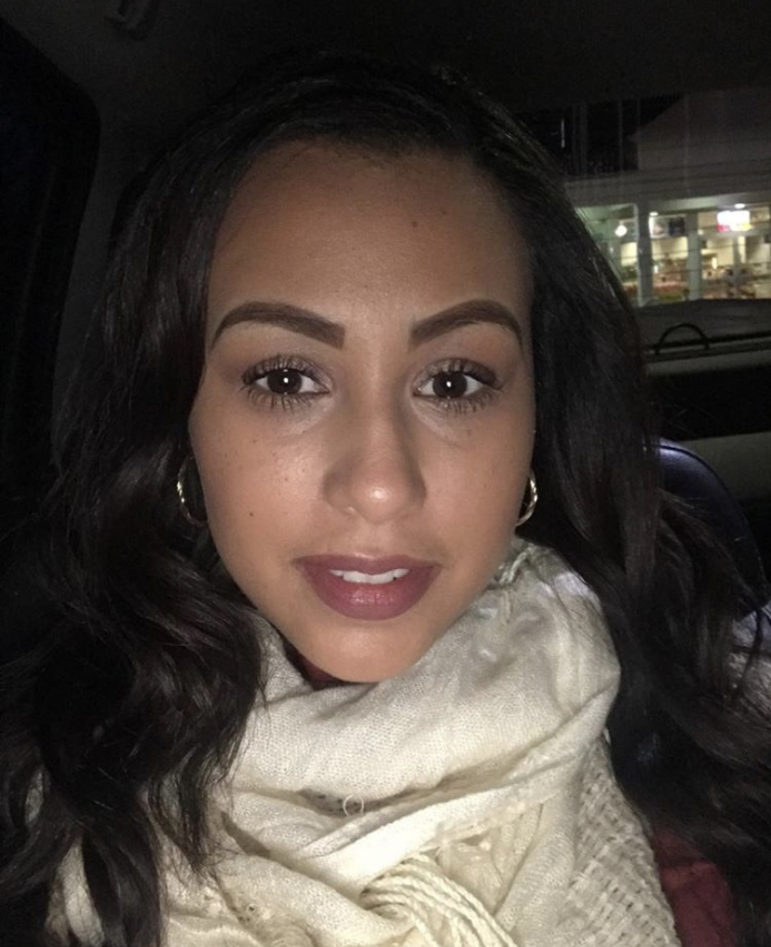 Maria Cardona has been laid off from her job cleaning in Hartford since April.

Maria Cardona has been laid off from her job cleaning the Phoenix Insurance building in Hartford since April. Her husband was out of work for four weeks when he contracted COVID-19. The couple, who live in Hartford, were getting by on her unemployment, including the $600-a-week federal supplement.

Office cleaning allows her to be home with her 2-year-old son during the day, said Cardona, who is 26. But the future is uncertain, she said. She has been taking classes to become a real estate agent because she doesn’t know if she will be called back to work.

The good news is that some industries have begun to recover, said Patrick J. Flaherty, assistant director of research and information for the state Department of Labor’s Office of Research. The need for non-emergency health care and dental services will return, he said.

The restaurant industry has made gains since May, with employment in June at 70% of what it was last year, compared with 44% in April, said state Labor Department officials. “While, sadly, some businesses may not be able to survive the pandemic, once it is over, there is no reason to believe the desire of the public to go out to eat will have fundamentally changed, and the restaurant industry should rebound,” Flaherty said.

But it’s too early to tell how retail and janitorial services will be impacted in the long term, he said.

Ortiz said he hadn’t received unemployment benefits since April 24 due to a glitch in the Labor Department system. He finally was sent his back payments in the past week. Prior to starting back at the Chop House, he had been working odd jobs, including live Facebook performances, to supplement his family’s income.

His wife is a teacher who has been working through the pandemic, he said. He doesn’t know what live theater performances will look like in the short term, but he has been auditioning for commercials from home.

“I’m fortunate to have a dual-income family,” he said. “I’m also an optimist. I try to look at the bright side.”