Earlier this year, a National Institutes of Health (NIH) examination of death certificates in the U.S. showed a sharp rise in alcohol-related deaths between 1999 and 2017. Connecticut mirrored those numbers, and addiction organizations stepped up their efforts to reach those in need.

Then came the pandemic. Treatment centers, support groups and the state were suddenly ordered to shut down.

“We like to say the opposite of addiction is connection,” said Thomas Russo, spokesman for the Connecticut Community for Addiction Recovery (CCAR).

“We are still here to support the recovery community.” 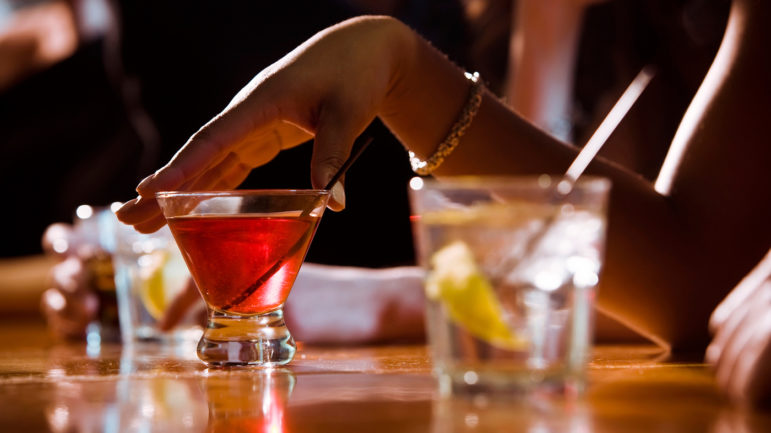 For people struggling with addiction, the pandemic brings unique challenges. Anxiety can trigger an urge to indulge, as can the loneliness brought on by social distancing and sheltering in place.

Sales of alcoholic beverages have skyrocketed during the pandemic, according to the research firm Nielsen. Online alcohol sales were up by 243% in the seven-week period ending April 18 over the same period a year ago, and bricks-and-mortar alcohol sales were up by 21% for the same period, Nielsen reported. There were three times as many online buyers in the two weeks ending April 18 than in the two weeks ending Feb. 29, according to Nielsen.

At CCAR’s Bridgeport location, the busiest of its five centers, Russo said about 16,000 people come through its doors annually. “These places are pillars in the community,” Russo said. In early June, the centers began a partial reopening, with limited hours, services and capacity. Russo said the facility is open from 10 a.m. to 2 p.m., with reduced capacity, temperatures taken at the door, and masks required. He said they are doing some things, such as recovery coaching, on the facility’s porch, and said CCAR will offer full services, and be open from 10 a.m. to 4 p.m., beginning the week of July 13.

While the facility was closed due to COVID-19 restrictions, the staff worked tirelessly to continue to reach the people who rely on CCAR, Russo said. They created Facebook groups for each center from CCAR’s main Facebook page (ccar4recovery), stepped up previously existing telephone recovery support services, and began holding virtual meetings. The number of participants varies; on the high end, some sessions have had up to 50 attendees, Russo said.

The National Institute on Alcohol Abuse and Alcoholism says that an estimated 88,000 people (approximately 62,000 men and 26,000 women) die from alcohol-related causes annually, making alcohol the third leading preventable cause of death in the United States. The first is tobacco. The second is poor diet and physical inactivity.

According to the United Health Foundation’s 2019 annual health rankings, in Connecticut, 15.7% of women and 22.6% of men reported drinking to excess.

“In general, Connecticut is mirroring what is seen in the U.S.: an approximate doubling of alcohol-related deaths,” said Karyn Backus, an epidemiologist with the state Department of Public Health.

The state works hard to reach residents struggling with addiction problems, both alcohol- and drug-related, where they live and work.

“We are a leader in the promulgation of innovative strategies to help people access treatment.”

— Miriam Delphin-Rittmon, commissioner of the state Department of Mental Health and Addiction Services.

Significant overlap exists between alcohol and drug users, as the NIH analysis revealed. In 2017, the nation’s overdose deaths from a combination of alcohol and other drugs totaled 10,596, about 15% of total alcohol-related deaths.

The DMHAS has responded to data that points to community need. In 2019, as part of its street-based medication-assisted treatment initiative, it launched a program that regularly deploys an RV and three vans to high-need spots in Hartford, Bridgeport, Torrington and the greater Milford area. Using federal funds allotted through a grant, the DMHAS provides approximately $200,000 to operate and staff each van.

Normally, the vans are well-equipped with staff and resources. Onsite physicians and allied health professionals provide medical evaluations, recovery coaching as needed, prescriptions for one to two days of buprenorphine (Suboxone), offers for refills on subsequent days, and related education. Patients can also receive additional harm reduction supplies and referrals to brick-and-mortar clinics.

During the state’s lockdown, the mobile units changed the way they operate, and the Torrington and Milford vans ceased operations. The medical personnel who work on the RV serving Hartford communicate with individuals through a screen door unless they are seeking treatment. Then individuals come onto the van one at a time, said Mark Jenkins, founder of the Greater Hartford Harm Reduction Coalition.

“We are posting on Twitter and Facebook the number to contact us for treatment,” said Marcy Hotchkiss of Bridges Healthcare, which operates the Milford-based mobile clinic. Both the Torrington and Milford vans should begin operations very soon, said Lauren Siembab, opioid services coordinator for DMHAS. 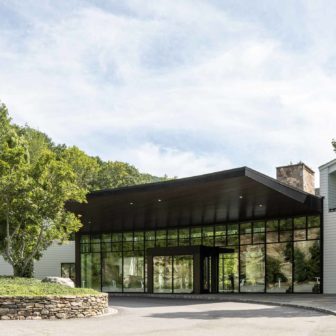 Mountanside, an alcohol and drug rehabilitation facility, in Canaan, Connecticut.

The COVID-19 pandemic also has pushed other treatment centers and resources to adapt the way they treat clients. Mountainside, an alcohol and drug rehab center with locations in Connecticut and New York, strives to balance protecting clients’ overall physical health while providing treatment to clients in its detox and residential programs. “We have been mindful of clients’ and staff members’ health while still maintaining business,” said Mountainside spokesperson Lauren Fabrizio.

The American Association of Addiction Medicine offers a page dedicated to online support groups that includes how to find them, rules regarding etiquette and confidentiality, and more.

To find alcohol and addiction services in your community, go here.

For more on the addiction crisis in CT view this video by Steve Hamm, a C-HIT freelance writer: https://vimeo.com/375751997