Since two Greenwich students—Amy Barratt and Charlotte Hallisey—convinced their local school board to provide menstrual supplies for free to students in middle and high school, they’ve taken their initiative statewide with an online petition and lobbying at the state capitol. They’ve been joined by other activists.

“To me, this initiative is a no-brainer,” Slap said after meeting with other legislators and the Greenwich women in September. “This isn’t a women’s issue; it’s an issue of equality, and it’s something that men should be just as interested in.”

Imagine if you had to pay for toilet paper every time you visited a public bathroom at libraries, restaurants, or schools. That’s just silly, isn’t it?

But slightly more than half of the population needs menstrual products—tampons, pads, cups, washable period underwear.

To understand why this movement is a big deal, let’s look at some numbers:

The average period involves 6-8 teaspoons of blood a month. On average, a person will have 450 periods in a lifetime, starting any time from age 10 and extending to the average age of 52.

If the menstruating person follows manufacturers’ suggestions to replace, say, a disposable tampon every four hours, that’s 10,350 tampons in a lifetime. That’s roughly $1,800 over a lifetime—more if a period flow is heavier, and the cost increases if the person needs medication to relieve pain or discomfort. 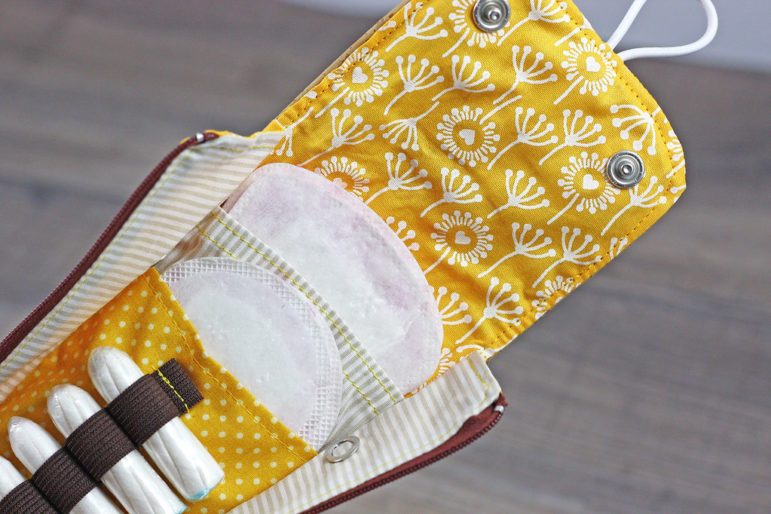 In CT, the diaper bank works with nonprofits to supply menstrual products for free.

One in four people struggles with a lack of period supplies, according to a recent study from period supply manufacturer Thinx and a youth-led nonprofit organization, PERIOD.  The study looked at 1,000 teens and found that period poverty in some parts of the country (say, St. Louis) is every bit as debilitating as it is in less-developed countries. The study also found that of the teens asked:

• 66% have felt stress because they lack period products

• 61% have worn a tampon or pad for more than four hours because they did not have access to period products. (This increases the risk of infection and toxic shock syndrome, which can be fatal)

All over the country, including Connecticut, women and girls live in period poverty. They cannot afford the $55 or so a year to buy menstrual supplies, so they either create their own supplies (toilet paper, or even cardboard), or they skip activities, such as school or work. For want of period supplies, women risk falling behind in school or losing jobs.

Joanne Samuel Goldblum, executive director of National Diaper Bank Network, knew this years ago, when she was working out the details of creating a diaper bank.

Because of her work as a New Haven social worker, she knew that a lack of diapers (which you can’t buy with an EBT card) was an impediment that was a relatively easy fix. At the same time, she knew that period supplies were another serious impediment, and she toyed with the idea of starting a tampon/napkin bank alongside the diaper one.

“But no one would fund it,” she said.

Maybe now they will. Goldblum’s organization has added a new initiative, Alliance for Period Supplies, which works with nonprofit organizations to supply yet another basic item whose absence can mean missed educational and job opportunities.

At some point, we’ll freely admit that a basic need like a tampon or a napkin should be treated not as a commodity but as something to be made available for free—like water. Or toilet paper.