The most permanent decision of Kelsey’s life began when she walked into the saloon-style Lucky Soul Tattoo shop in Woodbridge, Connecticut, on a Thursday afternoon.

Kelsey, an 18-year-old high school senior, was grieving over the loss of her beloved black cat, and wanted to memorialize their companionship.

“I want to do something of sentimental value but I’m scared of it not coming out the way I like,” said Kelsey, 18, who did not wish to give her last name.

She’s part of a growing trend. Body modification, especially professional tattooing, has become more popular in recent years. Almost half of Americans have a tattoo, according to a 2017 study by the Pew Research Center.

That study also found that tattoos are more common in the younger community, with 38 percent of people in the U.S. between the ages of 18 and 29 having at least one tattoo.

But few tattoo enthusiasts realize that there are few controls over the ink that gets injected into the skin, the body’s largest organ and one particularly vulnerable to toxic substances. A recent FDA recall underscores the risks.

On May 15, the  Food & Drug Administration (FDA) issued a voluntary recall of six different tattoo inks after finding harmful bacteria during a microbiological examination on May 14. The bacteria found in the inks carries a higher risk for infections and health complications. (See the list of inks and symptoms to watch out for here.) 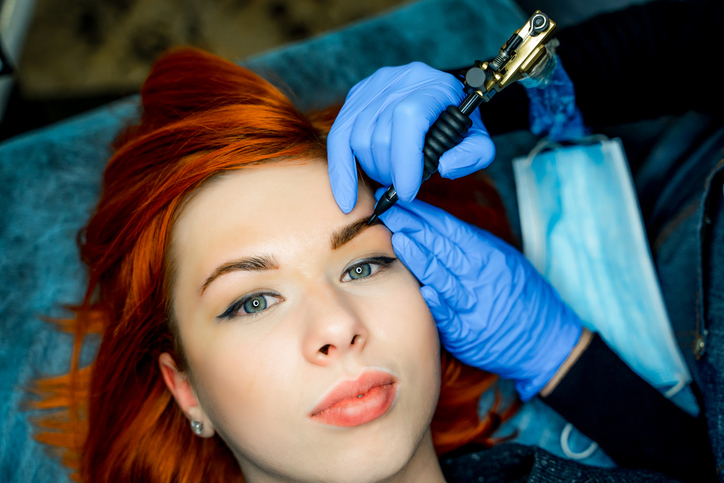 Health experts recommend that you request to review a material safety data sheet when getting a tattoo.

“As a toxicologist, I don’t really like the idea of a tattoo and the regulation on the tattoo inks and dilutants are pretty light,” said Dr. Steven Gilbert, director and founder of the Institute of Neurotoxicology and Neurological Disorders in Seattle “Are you really sure if you go get a tattoo that the compounds they’re injecting are not toxic and you won’t have an allergic reaction to them? I think it’s really unfortunate that people are taking a risk.”

Those risks include blood-borne pathogens, infections, and MRI complications. According to a 2016 European Union report, metallic-based inks are known to interfere with magnetic resonance imaging (MRIs) and can cause minor burns.

How the body reacts to the tattoo is dependent on variables like a person’s sensitivity and the type of ink inserted.

While it regulates ingredients, the FDA has not approved any tattoo pigment for injection into the skin. The FDA has been urged to conduct additional research on the inks and pigments, which is what gives the ink its color.

While there are organic pigments called AZO pigments available, multiple studies found that AZO pigments contain aromatic amines, which are known carcinogens.  These could increase the risk of adverse health effects as they break down, experts say.

Sometimes the ink used isn’t meant for human skin.  According to the FDA website “There are reports in the published scientific literature of tattoo inks that contain everything from pigments used in printer toner to pigments used in car paint.”

Tattoos drawn with carbon-based black inks are considered to be safer than other inks, according to the EU report.

“You have no idea, you go into a tattoo parlor and you know, I bet most people don’t ask to see an MSD (Material Safety Data) sheet, you don’t know what this material is made up of, and what the hazards associated with the materials used to color your skin are,” said Gilbert.

Balch’s team inspects and licenses the tattoo parlors in their jurisdiction once a year. Among the things they look for are that artists follow proper blood-borne pathogen protocol, have adequate lighting and clean working spaces.

Frankie Wood-Black, science professor, Northern Oklahoma College, advocates doing lots of research before getting a tattoo.  “Do your homework, talk to your tattoo artists, look at the practices ahead of time, look at how they’ve done tattoos,” said Wood-Black, “Talk to people who’ve had tattoos in their shop. Don’t just go off and get a tattoo because it’s the crazy thing to do that night. Do your homework.”

Bryan Proctor is a student at Quinnipiac University, studying journalism and history. This is a shorter version of a story he wrote for Professor Richard Hanley’s investigative reporting class.  In his free time, Bryan writes music, plays guitar and enjoys golfing.