In May 2017, Maura B. Gallagher entered Stamford Hospital for a Cesarean section for her unborn fraternal twins.

According to a lawsuit filed by her family, Gallagher was 38 and an avid skier who was dedicated to her family, which included her fiancé, Max Di Dodo. There were signs that her pregnancy was challenging. At a little over 37 weeks, Gallagher, of New Canaan, showed signs of a low platelet count. The condition, known as thrombocytopenia, affects 7 to 12 percent of pregnant women.

Gallagher also showed an elevated level of protein in her urine, known as preeclampsia, which, if left untreated, can develop into eclampsia and potentially fatal seizures.

Her twins, Thomas Walter, a boy, and Layla Maura, a girl, were born a minute apart, two and a half hours after she was admitted. Gallagher’s blood pressure kept dropping, and she was given medication—Ephedrine and Toradol, the latter of which is generally used as a pain reliever. 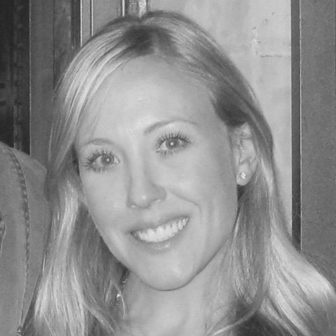 Gallagher complained of a headache and nausea, and she was vomiting. Her blood pressure, according to a lawsuit filed by the family, kept fluctuating. She was given more medication, but, according to the lawsuit, she suffered a seizure, and within a few hours, a brain CT scan revealed that the new mother of two had suffered a massive intracerebral hemorrhage, when blood bursts into the brain. Gallagher was effectively brain dead with no chance for recovery. She was pronounced dead the following day.

The medical/malpractice/wrongful death lawsuit against Stamford Health, which operates Stamford Hospital, was filed in June. The family has chosen not to talk to the press, as has the hospital, where a spokeswoman said they do not comment on active litigation.

Not discussing pending litigation makes sense, but the sad fact is that no one is talking about the dramatic number of young mothers dying during pregnancy or within hours of giving birth. The most we can glean about the deaths of new mothers is from random GoFundMe pages, such as one for Lindsay Bugbee Crosby, a Simsbury mother of three who died in July just days after giving birth to a son.

Or there’s another lawsuit, filed by the family of Jessica Garofalo against Waterbury Hospital, after Garofalo’s 2016 death. She gave birth to a daughter, who died a day after her mother died.

The United States has the highest rate of pregnancy- or childbirth-related deaths in the developed world. According to United Health Foundation, in 2018 the maternal mortality rate for the country is 20.7. That’s 20.7 deaths per 100,000 births from any cause related to or aggravated by pregnancy, excluding accidents. In Connecticut, the maternal mortality rate is 13.2. The state legislature passed and Gov. Dannel P. Malloy signed a bill that creates a Maternal Mortality Review Program as part of the state Department of Public Health. You can’t fix what you don’t know, but the effort is unfunded. And there’s just one physician assigned to study the data.

Rep. Jonathan Steinberg, who represents Westport and is co-chair of the legislature’s public health committee, responded to an email asking if any one in his district—where he is running for re-election— has ever talked to him about maternal mortality.

“You’re definitely the first to bring it up,” he wrote. “It doesn’t rank in the top 10 issues in my district.”

But maybe it should. Because meanwhile, a woman giving birth in, say, West Hartford, is three times more likely to die than in Great Britain or Canada. Pregnant women and new mothers in China and Saudi Arabia have a better time of it than new mothers here.

Why can’t we do better by our women? According to one report on maternal mortality review committees, hemorrhage and cardiovascular and coronary conditions are the leading cause of maternal death, followed by cardiomyopathy, infection and embolism. The numbers vary between races, but there isn’t enough data collected to know underlying causes for Hispanic pregnancy-related deaths.

If this was any other health crisis—say, prostate cancer—would we be so comfortable being this ignorant about the whys and wherefores? A recent report from the CDC Foundation says 60 percent of these deaths are preventable. If that’s not a spur to action, how many more women do we need to lose? Connecticut legislators convene again in January.

Let’s make it our business to make this their business.