A fatal outbreak of E. coli contamination that recently hospitalized at least 26 people in the U.S. and Canada—including two in Connecticut—shows that the federal government is failing to adequately protect people from consuming recalled foods, lawmakers and consumer advocates say.

The outbreak that sickened the two Connecticut residents and 16 others nationally, including 1 person in California who died, was probably caused by eating “leafy greens,” but a specific leafy green couldn’t be identified, the Centers for Disease Control and Prevention (CDC) reported. The Canadian government’s Public Health Agency announced on Dec. 11 that the outbreak was linked to romaine lettuce. 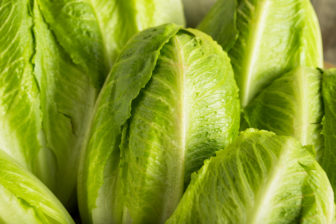 After outbreak of E. coli contamination in December, Rep. Rosa DeLauro was critical of the CDC’s “stunning lack of guidance.”

Maura Downes, the communications director for the Connecticut Department of Public Health, confirmed that two state residents were sickened by the E. coli outbreak.

“One of the two Connecticut patients did develop HUS (hemolytic-uremic syndrome), which required hospitalization,” she said. “That patient has since recovered and has been discharged from the hospital.”

Rep. Rosa DeLauro, D-Conn., said the CDC’s “stunning lack of guidance” during the outbreak is “unconscionable,” because the agency didn’t provide the public with information about the outbreak until late December and seems “content” with ending its investigation without finding the cause of the contamination. The CDC says it alerted the public after lab tests showed the E. coli bacteria strain that affected people in the U.S. was closely related to the one in Canada.

An analysis of CDC’s most recent data by C-HIT reveals that more consumers in Connecticut have been sickened by eating contaminated foods this decade than in any other New England state.

During the same years in Massachusetts, which has nearly double Connecticut’s population, there were 154 outbreaks, causing 5,072 illnesses, 660 hospitalizations and 16 deaths.

Recent concerns about the inability of the CDC and the Food and Drug Administration to safeguard Americans from recalled tainted foods follow a critical report released in December by the U.S. Department of Health and Human Services’ Office of Inspector General. The report reviewed 30 of the 1,557 food recalls reported to the FDA between Oct. 1, 2012, and May 4, 2015, and found the agency didn’t “always have an efficient and effective food-recall process that ensured the safety of the nation’s food supply.”

The FDA could not always ensure that companies initiated recalls promptly, and the agency didn’t always evaluate health hazards in a timely manner, the report said. It also pointed out deficiencies in the FDA’s recall data and said the agency “obtained incomplete or inaccurate” information from companies initiating recalls.

FDA Commissioner Scott Gottlieb released a statement Dec. 26 admitting “the recall process does not work as well as we’d like,” and “much work remains to be done if we’re going to provide the highest assurance of safety.”

On Jan. 18, Gottlieb issued another statement saying the agency developed draft guidance to make sure that companies promptly communicate recalls to the public and provide “more timely and more accurate information.”

The FDA will, “in some situations,” he says, begin identifying specific stores “that may have sold a potentially unsafe, recalled food” and is developing a new policy about what information can be made public “to identify a hazardous recalled food.”

DeLauro, who has called for the release of names and locations of retailers and distributors where recalled food was sold, said “too often months go by before retailers take contaminated food off the market, while more and more people fall ill.” Retailers’ delay in taking tainted food off the market “stems primarily from the FDA not exercising its mandatory recall authority,” she said. “The primary mission of the FDA is to ensure the food our families eat is safe, not to protect the trade secrets of food corporations.”

Tony Corbo, a senior lobbyist for the nonprofit Food & Water Watch, said the CDC works with the FDA when there is a multistate food-borne illness outbreak and relies on state agencies to determine whether it was caused by a specific food. “Sometimes, that takes time,” and, if the CDC has been unable to identify the source of the contamination, it is difficult for the FDA to ask for a recall, he said.

During the most recent outbreak, the CDC’s laboratory finding of an E. coli strain related to the one found in Canada “suggests that the infections are caused by the same source but is not enough to prove a link,” said CDC spokeswoman LaKia Bryant.

Regardless of the facts in the recent outbreak, Corbo said the FDA needs to improve its recall process and agreed with the inspector general’s report.

In the 30 recalls analyzed by the inspector general, the average time to initiate a recall was 57 days. Initiation ranged from nine days to 303 days after the FDA learned a product was potentially hazardous.

The FDA was aware for 161 days that various nut butter products made by an Oregon company, nSpired Natural Foods, were contaminated from salmonella before the company agreed to recall its products in 2014, the inspector general’s report said. At least 14 people, including at least one in Connecticut, became ill from the products which were sold under the Kroger, Safeway, Whole Foods and Trader Joe’s brands.

The report contains nothing “surprising,” said Lora Rae Anderson, a spokeswoman for the Connecticut Department of Consumer Protection.

“The FDA is part of a massive organization and has the difficulties inherent in any organization so large,” Anderson said. “Nimbleness and completion have been problems as documented in the report.”

To learn about E. coli and what you can do to lower your risk of infection click here.