In October, President Donald Trump announced new regulations that loosen the requirements that employers provide coverage for contraceptives, which was a pillar of the Affordable Care Act (Obamacare). Trump’s government expanded the reasons an employer could skip out on coverage on moral or religious objections.

If in the recent weeks your employer just got religion, you should know why. Trump is messing with a woman’s important right to accessible and affordable birth control. The birth control mandate, according to the Kaiser Family Foundation, “had a large impact in a short amount of time.” Within two years of the policy taking effect, says Kaiser, just 3 percent of women with employer-sponsored insurance had out-of-pocket expenses for oral contraceptives (the most expensive and the most popular kind). Compare that to 21 percent of women who had out-of-pocket expenses prior to the mandate. Spending for other contraceptives, such as IUDs, saw similar declines.

A University of Pennsylvania study said that contraceptives comprise 30 percent to 44 percent of a woman’s out-of-pocket health care costs. By some accounts, the repeal could cost women $1.4 billion a year, and that’s just in co-pays.

But this goes beyond money. A recent Kaiser study said the coverage contributed to “better adherence and more consistent use of the pill.” Allowing employers more exemptions will have disastrous effects, and not just in the potential increase in cost of birth control, which could result in more unplanned pregnancies, which cost us billions of dollars a year. The rollback also most assuredly will lead—ironically—to more abortions.

But when it comes to the assault on reproductive rights in America, what do you expect from a president who has appeared in a soft-porn film, and who has called avoiding sexually transmitted diseases his “personal Vietnam?”

This is a man who, during his campaign, suggested there be a punishment for women who seek abortions—though it must be said that Trump discovered he is pro-life about the same time he discovered he was a Republican. In 1989, Trump cosponsored a dinner that honored a former head of the National Abortion Rights Action League (NARAL). Ten years later, in an interview on “Meet the Press,” he said, “I’m very pro-choice.” 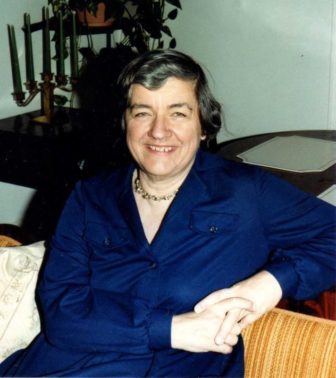 All this would be as laughable, except Trump has his hand on the proverbial red phone when it comes to setting dangerous policy. His flip-flopping, his ignorance on the issues, and his ability to weigh in where he knows nothing affects people even in the bluest of states—like Connecticut.

“We heard Trump’s outrageous comments during the presidential debates that show he has no understanding about reproduction,” said Sarah Croucher, executive director of NARAL Pro-Choice Connecticut. In addition, she says, the federal Department of Health and Human Services “is inserting anti-choice language into their mission,” most recently in a strategic plan, which includes the statement that the federal department will “serve all Americans from conception to natural death.”

If you think Connecticut is immune to the nonsense, think again. Croucher said that one of NARAL’s most important bills last session, S.B. 586, was felled by a late anti-choice amendment. The bill was meant to, among other things, protect women’s preventive services, including all FDA-approved forms of contraception.

It’s going to be a long road, but every journey starts with a step. The state’s municipal elections are Nov. 7. Make sure your candidate is pro-choice. And in December, the state’s NARAL chapter is hosting its 25th annual Catherine Roraback Awards, named for the Connecticut lawyer who successfully argued the pivotal Supreme Court case, Griswold v. Connecticut. You can buy your tickets here.