Consumers can begin shopping for 2018 health insurance through Access Health CT (AHCT) Wednesday, but will see sizeable price increases and have far less time to enroll than in previous years.

Officials at the state’s health insurance exchange are boosting marketing and outreach efforts at a time when many consumers may be confused, said Andrea Ravitz, AHCT’s director of marketing and sales. 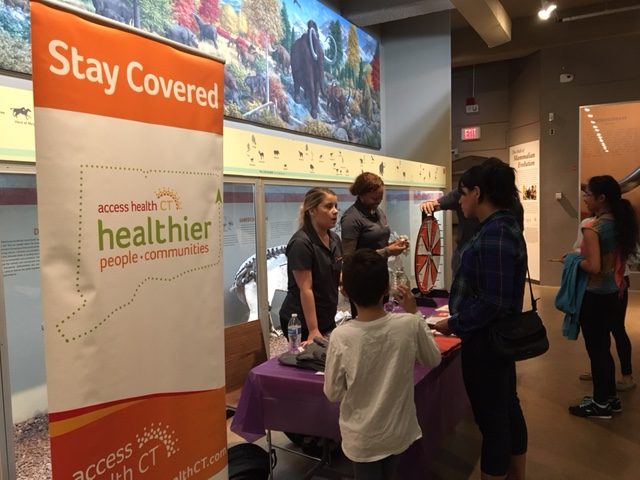 Despite efforts by President Donald Trump and Republicans in Congress to repeal the Affordable Care Act (ACA), which created AHCT, the legislation and the marketplace still stand.

“The constant mixed messages are confusing people,” Ravitz said. “There are certain things that are affecting the federal platform that are not affecting Connecticut at all. There’s a lot of confusion.”

Planned online outages for the federal healthcare.gov website, for instance, will not impact accesshealthct.com, she said, and AHCT’s outreach efforts will not be impeded by federal budget cuts.

One major change from previous years: those renewing plans or enrolling in new ones will have to do so by Dec. 22, and all plans will be effective Jan. 1. In prior years, consumers had until Jan. 31 to enroll and could have start dates later than Jan. 1.

This year, the marketplace has two insurance carriers, ConnectiCare and Anthem. Plans under both carriers will be more expensive than last year, after state regulators approved average increases of 27.7 percent in ConnectiCare’s rates and 31.7 percent for Anthem’s plans.

Amid the changes, ACHT, now in its fifth year, is working to assist consumers. Officials expect about 111,000 people to enroll in plans during open enrollment, roughly the same as last year, Ravitz said.

There will be 10 enrollment centers, up from two last year, where consumers can get free, in-person help. They will be in Bridgeport, Danbury, East Hartford, Harford, Milford, New Haven, New Britain, Norwich, Stamford and Waterbury.

Hundreds of brokers also will be available statewide to offer guidance, Ravitz said. While AHCT enrollment specialists can enroll people in plans, only brokers can recommend certain plans over others, she noted.

AHCT will hold enrollments fairs at various locations statewide every Saturday between Nov. 1 and Dec. 22. Also, the exchange’s online and mobile sites have been upgraded to provide simpler cost estimates and health care provider information.

Grassroots efforts also are under way to connect consumers with resources.

Together We Rise CT, a group of volunteers around the Lower Connecticut River Valley region, is working with Community Health Center in Middletown to spread awareness about open enrollment. The group also will have counselors from the health center at several events to help people enroll, and will offer individuals rides to the center to enroll.

Indivisible, an anti-Trump movement, has Connecticut factions that are doing community outreach and education as well.

AHCT is the online marketplace created by the Affordable Care Act, sweeping health care reform legislation that requires most Americans to have health insurance or pay a penalty.

During open enrollment people without coverage can shop for insurance plans and those with coverage can renew or change their plans. This year, the marketplace has two insurance carriers, ConnectiCare and Anthem.

The largest premium increases are in mid-level, “silver tiered” plans, which are the most popular on the insurance exchange. Of the 96,000 enrollees in Access Health, more than 60,000 purchased a silver plan.

The 7,700 customers who enrolled in 2017 plans using AHCT and received no financial assistance are enrolled in silver plans and may see higher costs, according to Ravitz. Financial help remains available to consumers who need it, she said.

After open enrollment ends on Dec. 22, consumers can sign up for 2018 coverage only if they have a qualifying life event, such as loss of insurance, marriage or the birth of a child.

While most people have to wait until Nov.1 to enroll in plans, enrollment in Medicaid Husky and the Children’s Health Insurance Plan (CHIP) is open year-round to eligible people and families.

As in previous years, people who don’t have health insurance will face fines in 2018 but they are not increasing over 2017. Most people without coverage in 2018 will pay either 2.5 percent of their yearly household income or $695 per person ($347.50 per child under age 18), whichever is higher.