Connecticut’s rural residents die at higher rates than their city and suburban counterparts and a large percentage of those deaths may be preventable if better public health programs or better access to health care services were available, according to the latest data from the National Center for Health Statistics (NCHS).

Doctor shortages and long commutes make it harder for rural residents to get­­ health care. And some officials worry that changes in hospital ownership and the Affordable Care Act could amplify existing problems. 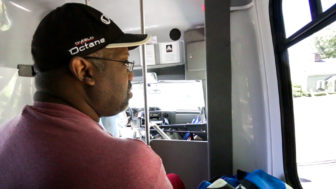 Robert Pope of Sharon, uses the Geer Village Senior Center Dial-A-Ride bus to bring him to a doctor’s appointment. He travels 45 minutes to dialysis three times a week.

“We have excellent medical care as a general rule in the state,” state Rep. Susan Johnson, D-Windham, said. But rural and other high poverty areas, where many residents are on Medicaid rather than private health insurance, remain vulnerable to hospital service reductions and changes in eligibility for health care coverage, she said.

“My battle is to make sure the basic hospital services, like critical care units, are maintained in the small rural hospitals,” Johnson said. “If you take [hospital consolidation] in combination with the proposals to change the Affordable Care Act, that in combination would definitely decimate not just Connecticut, but most places around the country, in terms of access to health care,” Johnson said.

Of Connecticut’s 169 municipalities, 68 are classified as rural, based on population and number of people per square mile. They’re home to about 9 percent of the state’s 3.57 million population, or about 320,000 residents.

In Connecticut, rural residents were more likely than their city and suburban counterparts to die from four of the top five causes of death: heart disease, cancer, chronic lower respiratory disease and unintentional injury. The state’s findings mirror national trends, according to a 2017 report published by the Centers for Disease Control, which analyzed data across the country from 1999 to 2014. Nationally, rural residents report higher rates of adverse health factors, such as smoking, obesity and lower use of seatbelts.

Rural residents in Connecticut were almost twice as likely to die from chronic lower respiratory disease, which includes asthma, chronic bronchitis and emphysema. And their death rate as a result of unintentional accidents was about 50 per 100,000 compared with a statewide rate of 38.

“The No. 1 issue is transportation,” said Mary Winar, manager of the state Office of Rural Health, which is based at Northwestern Connecticut Community College in Winsted.

Rural areas have fewer doctors, and they are more scattered. With public transportation centered in more urban areas, those living outside of cities often have to fend for themselves to get to appointments.

Robert Pope, 49, of Sharon, uses a Dial-A-Ride service through Geer Village Senior Community in Canaan to get to his doctor appointments. Pope, who lives alone and has no car, has four-hour-long dialysis appointments three times a week in Torrington, 45 minutes away.

“I’ve tried using other [services]. They’re not always reliable or dependable,” said Pope. “Without the Dial-A-Ride service from Geer, I would literally have no dependable way of getting to my dialysis appointments.”

Nancy Heaton, CEO for the Foundation for Community Health in Sharon, said Litchfield County has studied options to improve transportation. Loop transit services aren’t practical in a rural setting, she said, and on-demand services can be costly.

The foundation has given grants to add trips through Geer’s Dial-A-Ride service and others like it. Still, when the foundation surveyed residents in the Connecticut and New York towns surrounding Sharon Hospital, 60 percent said transportation was one of the main barriers to accessing health care.

“People living here aren’t used to public transportation, so it takes a lot for people to get used to thinking about [it],” Heaton said. “They’re getting there through friends, and family, borrowing cars, or they’re just not going.”

The same is true in Windham County. A survey of 750 clients of the Generations Family Health Center found that 35 percent missed at least one health care appointment in 2016 because of transportation issues. About 67 percent reported a lack of reliable transportation, either because they didn’t own a car or couldn’t always afford to use it.

Connecticut is one of the top performers in the country in patient-to-doctor ratios, but its three predominantly rural counties, Windham, Tolland and Litchfield, ranked the lowest in the state in this category, according to 2017 County Health Rankings data published by the Robert Wood Johnson Foundation and the University of Wisconsin Population Health Institute.

Windham County has 1,950 patients per primary care provider, compared with Hartford County, with 1,070. The state average was 1,180.

Rural areas fare much worse in number of dentists, with Windham County, for example, showing 2,380 patients per dentist, about half the state average of 1,230.

For several years, not one dentist in Litchfield County accepted adults on Medicaid, Heaton said, forcing those patients to travel to UConn Health center in Farmington for dental care. The foundation gave money to help the Community Health and Wellness Center in Torrington add dental services in 2008.

“Why is there a shortage of physicians over here? They don’t want to work over here,” said Arvind Shaw, the CEO of Generations Family Health Center. “That is not acceptable.”

“When you look at all these things, you can see all these anomalies,” Shaw said. “It’s because the state of Connecticut does not have a plan … for health equity. There is not a system that actually maps resources.”

Maurice Maddox, 60, of Canaan, said it took him more than a month to find a doctor who would take Medicaid and help him with depression and suicidal thoughts. He depends on Geer’s Dial-A-Ride and state contractor LogistiCare’s transportation services to travel to psychiatrist appointments at UConn Health center and to his therapist in Salisbury.

“It’s important for me to see them,” Maddox said. “Not being able to talk about it, keeping it bottled up inside, I think it would be pretty bad for me.”

The problems feed on each other. Fewer doctors in remote areas forces residents to drive farther.

“If we could get the providers and specialists here locally, transportation might not be such an issue,” said Joanne Borduas, CEO for the Community Health & Wellness Center of Greater Torrington. 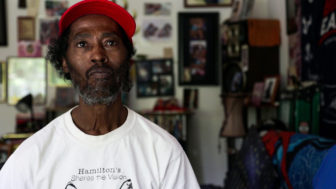 Maurice Maddox of Canaan, said he had trouble finding a doctor who took Medicaid in rural Litchfield County.

Recently Windham recruited four new orthopedic surgeons and conducted its first spinal surgery in a decade, Mawhiney said. “That would have been nearly impossible if Windham wasn’t part of the Hartford Healthcare system,” he said.

Others see hospital consolidation as problematic for rural patients.

Two years ago, Hartford HealthCare reduced the number of beds in Windham’s critical care unit, a change that Mawhiney said was based on patient volume. Some worry that fewer beds could lead to patients’ having to be transferred to another hospital for more serious emergencies, but Mawhiney said this was happening even before the change.

“If they’re not admitted and have to go home, it’s that much farther of a distance from Backus back to Willimantic,” Winar, of the state’s Office of Rural Health, said. “What if you don’t drive yourself or don’t have a family member who can easily help you out? If it’s at night, there are no buses running.”

Johnson, the state representative, said the Windham community fought changes to Windham Hospital’s critical care center in 2015, and said many believe the hospital can’t help them as much as it used to.

But Mawhiney said the goal is to keep the hospital open, which requires being smarter about how to allocate resources. With a higher percentage of Medicaid and Medicare patients in rural areas, the hospitals there don’t always get fully reimbursed for their services, he said.