West Virginia had the highest rate of deaths for opioid drug overdoses in 2015, the latest data from the Centers for Disease Control and Prevention show. 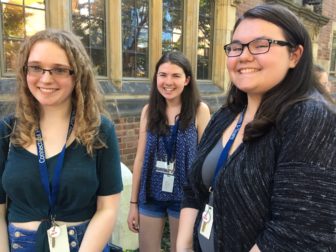 “Opioids—prescription and illicit—are the main driver of drug overdose deaths. Opioids were involved in 33,091 deaths in 2015, and opioid overdoses have quadrupled since 1999,” the 2015 report from the CDC said.

Between 2014 and 2015, opioid deaths in West Virginia rose by 16.9 percent, prompting the CDC to mark it as a seriously afflicted state.

This can be traced back to the opioid epidemic that began in the late 1990s. According to drugrehab.com, a site that focuses on helping addicts find treatment, doctors began prescribing more opioids to patients experiencing end-of-life care. Eventually, opioids became more accessible on the street. People began using them for recreation, thus increasing both the number of people admitted into treatment facilities and the number of people who die from substance abuse.

While this epidemic has affected many states in the U.S., West Virginia and the New England states seem to be hit the heaviest.

Dr. Rahul Gupta, West Virginia’s state public health officer, could not be reached for comment, but he discussed the epidemic with the Associated Press.

Gupta also told AP that doctors are becoming more reluctant to prescribe opioids to their patients, so addicts are turning to heroin, a cheaper opioid that can be laced with dangerous substances.

West Virginia and the CDC have taken measures to lower the level of opioid addiction. West Virginia has brought together a group of pharmacists, pain specialists and health insurance representatives to combat opioid over-prescription, Business Insider reported in April 2016. They are called the “Expert Pain Management Panel.”

“Last month, the CDC took a step toward addressing the epidemic when it issued guidelines for the prescription of opioids for chronic pain, the first of its kind on a national level,” Harrison Jacobs, a contributor for Business Insider, wrote.