The legislature’s Committee on Children has proposed creating a task force to study the state’s so-called “custody for care” controversy, in place of a bill that would have barred the Department of Children and Families (DCF) from pushing parents to relinquish custody when seeking inpatient mental health treatment for their children.

If approved, the task force would study the issue of why DCF takes over custody of children in some cases in which parents cannot meet their children’s severe behavioral health needs in a home setting. C-HIT has reported that the state uses “uncared for/specialized needs” petitions to take children into DCF custody in cases where parents argue for inpatient treatment or refuse to take their children home from hospital emergency rooms, for fear they will harm themselves, siblings or others. 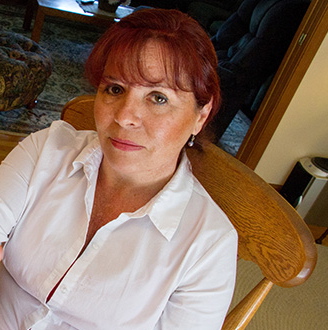 While DCF officials have said that custody relinquishment is used rarely, judicial department data show the state has used the petitions to take custody of more than 860 children over five years – or an average of three children a week.

A bill drafted by state Rep. Rosa Rebimbas, R-Naugatuck, prompted by an October C-HIT story, would have prohibited DCF from “requesting or requiring” that parents relinquish their custodial rights when seeking specialized mental health treatment for their children. But parent advocates who had been behind the bill said they were satisfied with the task force approach.

“We feel, at this point, this was the best possible outcome because it will allow for a full exploration of the issues behind ‘custody for care,’” said Maureen O’Neill-Davis, head of a parents’ group called Family Forward Advocacy CT.

In testimony last month, DCF Commissioner Joette Katz said the agency resorts to taking over custody only in rare cases in which parents refuse to take their children home from hospitals or inpatient settings or “will not cooperate” with clinician-recommended in-home or community-based treatment services.

But parents across the state have described being told by DCF and court workers that the only way to access specialized out-of-home care for their children was to relinquish custody. Most of the parents said they had exhausted in-home services provided through DCF and were left on their own to manage children who were a threat to the safety of siblings and other family members.

The Family Forward group has alleged that financial considerations are prompting the custody-for-care pressure, as DCF reduces funding for children not legally in its care and sharply limits residential placements. DCF officials have denied that funding plays any role.

The parent advocates have pointed out that state law specifically provides that “commitment to… (DCF) shall not be a condition for receipt of services or benefits” from the department.